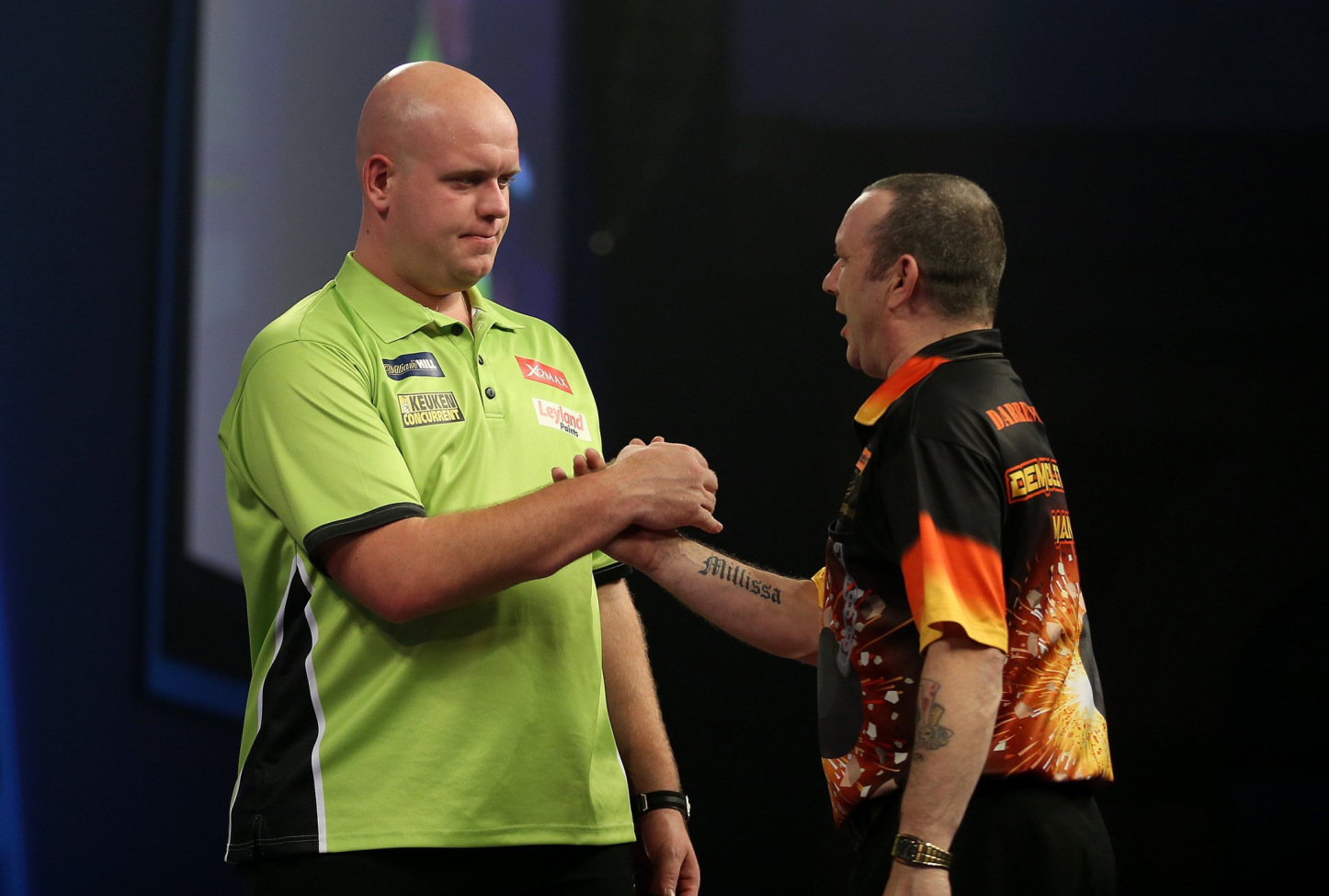 Michael Van Gerwen has won the second of this years UK Open Qualifiers after winning the first and secured his 100th singles title in the PDC while Darren Webster, Peter Wright and Ian White all have good days in Wigan.

Michael Van Gerwen was outstanding in the first of this years UK Open Qualifiers yesterday averaging over 100 in every round and has continued that form into today’s event, continuing his 100% record in 2018.

‘Mighty Mike’ recieved two byes before averaging 103.1 in a 6-1 demolition job of Ross Twell. Dimitri Van den Bergh produced a brilliant display against Michael in the next match averaging over 100 but it wasn’t enough as the Belgian was beaten 6-3.

The former two-time World Championship averaged over 106 as he edged past Richard North 6-4 in the Quarter-Final before averaging only 94.9 as he saw off Peter Wright by the same scoreline.

There was a slight touch of drama in the final with MvG arguing about the score with the referee but eventually came out a 6-3 winner over Darren Webster.

Darren Webster had a dream day in Wigan after being beaten by former UK Open hero Barry Lynn in the last 128 yesterday. The small man from Norfolk opened his day against Adam Smith-Neale beating the English youngster 6-1 before dumping out Jan Dekker 6-3.

Diogo Portela then took a 2-0 lead against ‘The Demolition Man’ in the last 32 but Webster fought back to come out a 6-2 winner. Portela became the first Brazilian to win a PDC tournament last weekend in Wigan.

Wins over Alan Norris and Justin Pipe put Webster into the Semi-Finals where he’d average over 107 in a 6-4 victory over Ian ‘Diamond’ White. The Stoke-based ace hit a nine-darter earlier in the day against Daryl Gurney.

Krzysztof Ratajski also had a superb run in Wigan making a career best Quarter-Final in a PDC tournament. The ‘Polish Eagle’ competed on the European Tour last year before winning the Winmau World Masters in Bridlington but failed to secure his tour card in Hildesheim a few weeks ago. Ratajski opened the day with a 6-3 win over Tom Gregory before averaging 100.6 in a 6-2 win over Raymond Van Barneveld.

The Pole then whitewashed Ryan Murray before edging past the Welshman Robert Owen 6-4. A 6-4 win over Spaniard Toni Alcinas put him into the Quarter-Finals where he would lose to Ian White.

It was another early exit for the newly-crowned World Champion Rob Cross who was beaten in the last 128 by former Zuiderduin Masters winner Jamie Hughes. As it stands ‘Voltage’ will not be heading to Butlins but I’m sure he’ll put it right.

Both Ian White and Robbie Green completed the perfect nine-dart leg on day two of UK Open Qualifiers in Wigan.

Another exceptional day of darts in Wigan and a massive thanks to Dart Connect for their amazing stats throughout the weekend. The UK Open Qualifiers will continue tomorrow as Michael Van Gerwen looks to make it a hatrick while the World Champion looks to get back to his best!