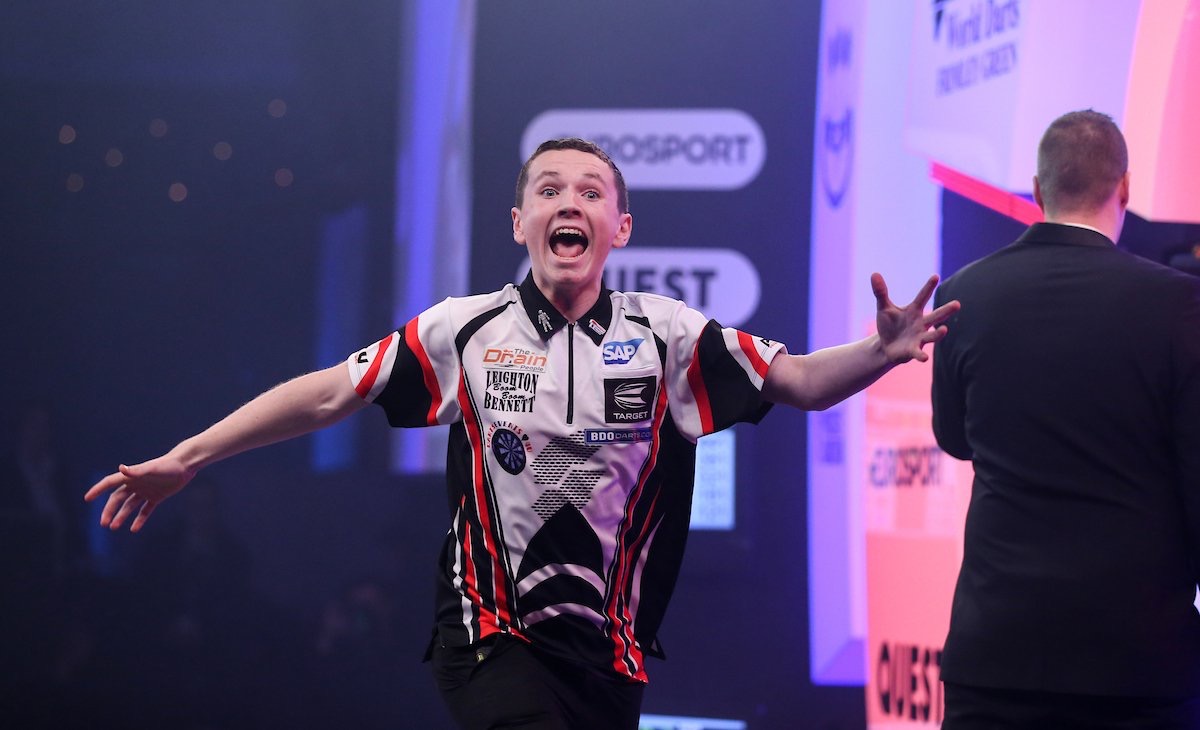 13-year-old Leighton Bennett was crowned the 2019 BDO World Youth Champion on Thursday afternoon as he whitewashed Nathan Girvan 3-0 in Surrey.

Bennett – who lifted his first senior title aged 12 at last year’s Cambridge Open – pinned a phenomenal 121 checkout to win the biggest title of his career to date.

The Lincolnshire-based prodigy averaged over 88 as he pocketed the £5,000 winner’s cheque, just months after beating PDC star Ricky Evans en route to winning the Cambridge Open title and making the national newspapers.

Bennett was pushed the distance in the opening set, but a maximum followed by double four ensured the youngster gained a 1-0 advantage. ‘Boom Boom’ fell 1-0 down in the second set as Scotland’s Girvan nailed a 111 checkout, but finishes of 76, 83 and 52 doubled Bennett’s lead and moved him one set away from a historic victory.

A 3-1 win in the final set handed Bennett a whitewash win, with a magnificent 121 outshot being pinned to send the crowd into overdrive and the 13-year-old into jubilation.

Just 24 hours prior to him taking to the Lakeside stage, Bennett had been undergoing a practise session with former PDC World Champion Rob Cross – who he met through management stable Nevada, after the company snapped up the youngster following his impressive victory in Cambridge.

“When it went in [the bullseye] all the emotions just fell straight away and I just had to celebrate that victory, because it’s a world title.

“It’s my dream to do this and I was just thinking about it all last night, just play your game and enjoy it.”

To think it’s still three years until Bennett will be eligible to participate on the PDC’s Development Tour is frightening, and how much the 13-year-old could potentially improve in that timeframe.