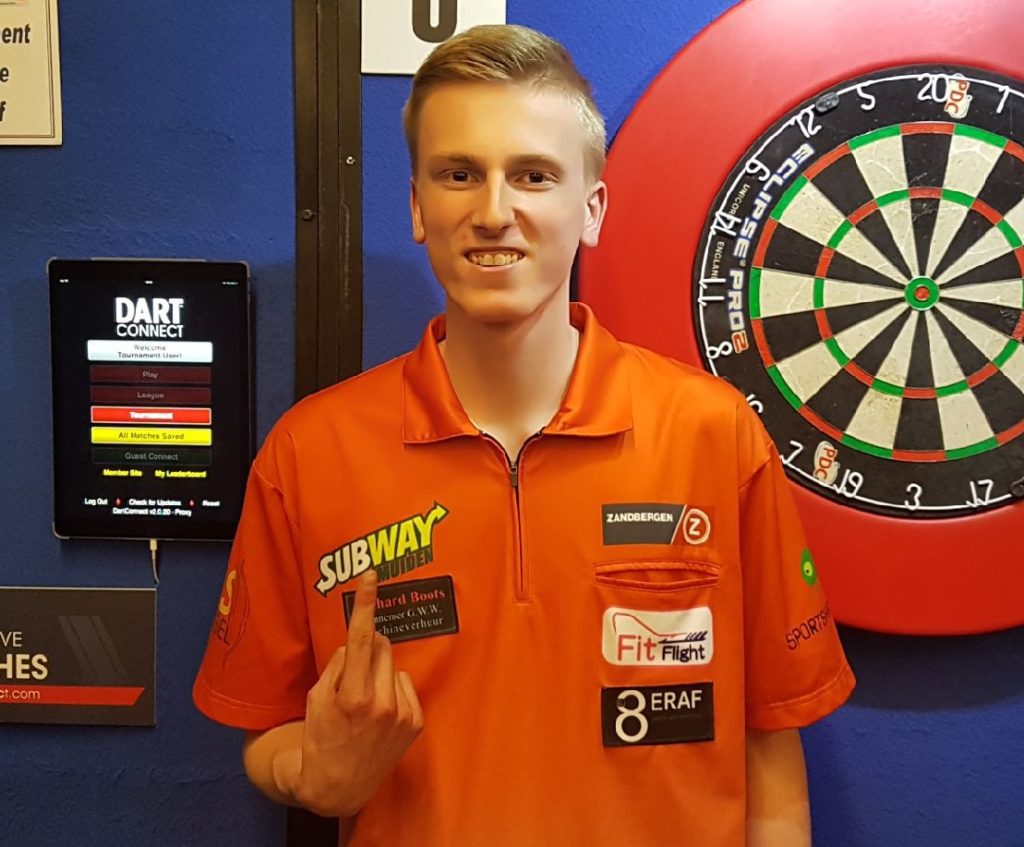 Wessel Nijman enjoyed an unbeaten start to his Modus Icons of Darts Live League campaign as he scooped the Group One title, dropping just nine legs with an impressive string of performances.

The Modus Icons of Darts Live League features a number of players, both past and present, battling it out from their homes in order to fill the void left by tournaments being cancelled.

The league consists of a daily round-robin format, with Monday’s action being streamed exclusively via numerous bookmakers websites.

A magnificent 12-darter in the deciding leg proved the decisive factor in a closely contested affair between two up and coming throwers.

Both Paul Nicholson and Mark Webster were subsequently swept aside by the emerging Dutch youngster – who remained unbeaten with eight maximums and very respectable averages of 94.32 and 96.72.

Meanwhile, van Barneveld, who retired from the sport professionally following December’s World Championship, was a heavy favourite for success prior to the tournament commencing, but the doyen of Dutch darts was handed four consecutive defeats.

The Manchester-based ace got off the mark with a deciding leg win over Mark Webster, before recovering from a narrow loss to Nijman to defeat both van Barneveld and Nicholson.

Currently, play is only available for viewing via a number of bookmakers websites, but Modus are working hard to secure streaming elsewhere as the tournament progresses.

Thank you everyone who enjoyed day of the LIVE LEAGUE

We know of the problems that we had early in the day, and are working hard to fix these. The last few hours looked really good and we will continue to make this better pic.twitter.com/MpyM8N478o

Eric Bristow – Just How Good Was ‘The Crafty Cockney’?