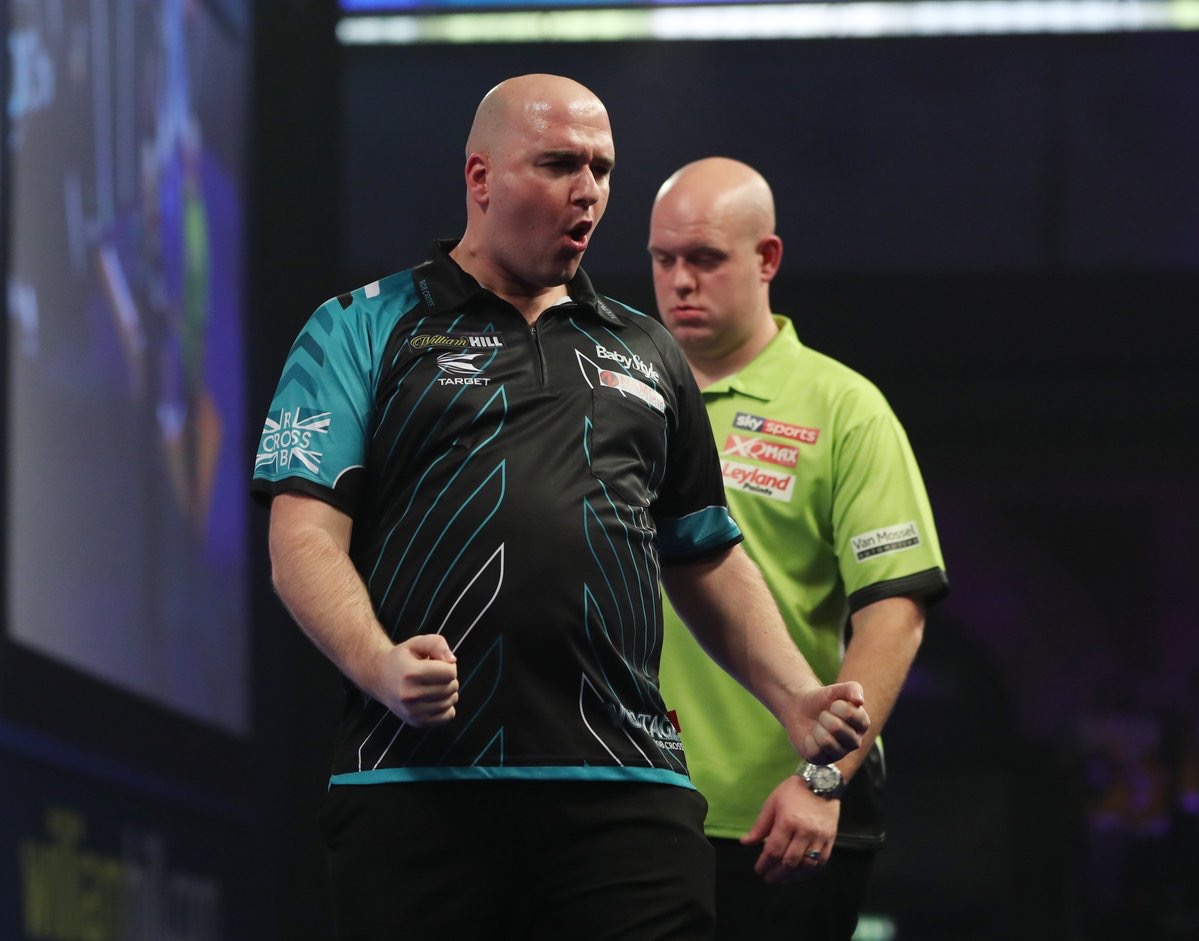 Barry Hearn and the Professional Darts Corporation have finally confirmed the awaited 2018 Unibet Premier League lineup and there are a few shock selections.

Rob Cross will make his Premier League debut this year after an outstanding opening year on the PDC circuit. Cross won his first £250 on the tour in February before going on to win four Players Championship events, make the final of two European Tour events and reach the final of the European Championship. ‘Voltage’ was then crowned World Champion at the Alexandra Palace beating Phil Taylor 7-2 in the final.

Daryl Gurney will also deservedly make his debut after winning his PDC event and going on to lift the World Grand Prix in Dublin.

Peter Wright will be looking to win the Premier League this year after failing to convert seven darts at double 8 as he lost the title to Michael Van Gerwen. Wright lifted the UK Open last year and will be looking to double his tv title tally.

Gary Anderson will appear in the Premier League once again despite failing to win any PDC major in 2017. Anderson made the final of both The Masters and World Series Finals loosing to Michael Van Gerwen in both.

Raymond Van Barneveld will make the Rotterdam Ahoy Arena turn orange once again after edging into one of the Premier League spots. Barney didn’t win one event in 2017 and only reached the final of one event in Perth.

Mensur Suljovic will make his Premier League debut on February 1st after winning the Champions League in Cardiff and his first Players Championship title. The Austrian turnt down a place in 2017 due to family reasons but will appear in the unique event this year.

Simon Whitlock was handed a spot in the Premier League after winning multiple UK Open qualifying events in Wigan and reaching the final of the World Grand Prix in Dublin loosing out to Daryl Gurney. Whitlock was a finalist in this competition back in 2012 loosing out to Phil Taylor.

Gerywn Price claimed his maiden Premier League place after reaching the final of the UK Open in Minehead. Price won no events in 2017 but claimed two PDC titles in 2016.

Michael Smith is the biggest suprise selection for a lot of people. The former World Youth Champion didn’t have the greatest 2017 but did win the Gibraltar Darts masters on the European Tour.

The 2018 Unibet Premier League will begin on February 1st and go on until the 14th May, where it will conclude with the play offs at the O2 in London. The tournament will be shown live on Sky Sports.

Photo courtesy of Lawrence Lustig and the PDC.

As a legend steps down a new star is born: Rob Cross Wins the William Hill World Darts Championship

UNIBET PREMIER LEAGUE DARTS 2018 LINE UP | ALONG WITH MY THOUGHTS | WHAT DO YOU THINK?