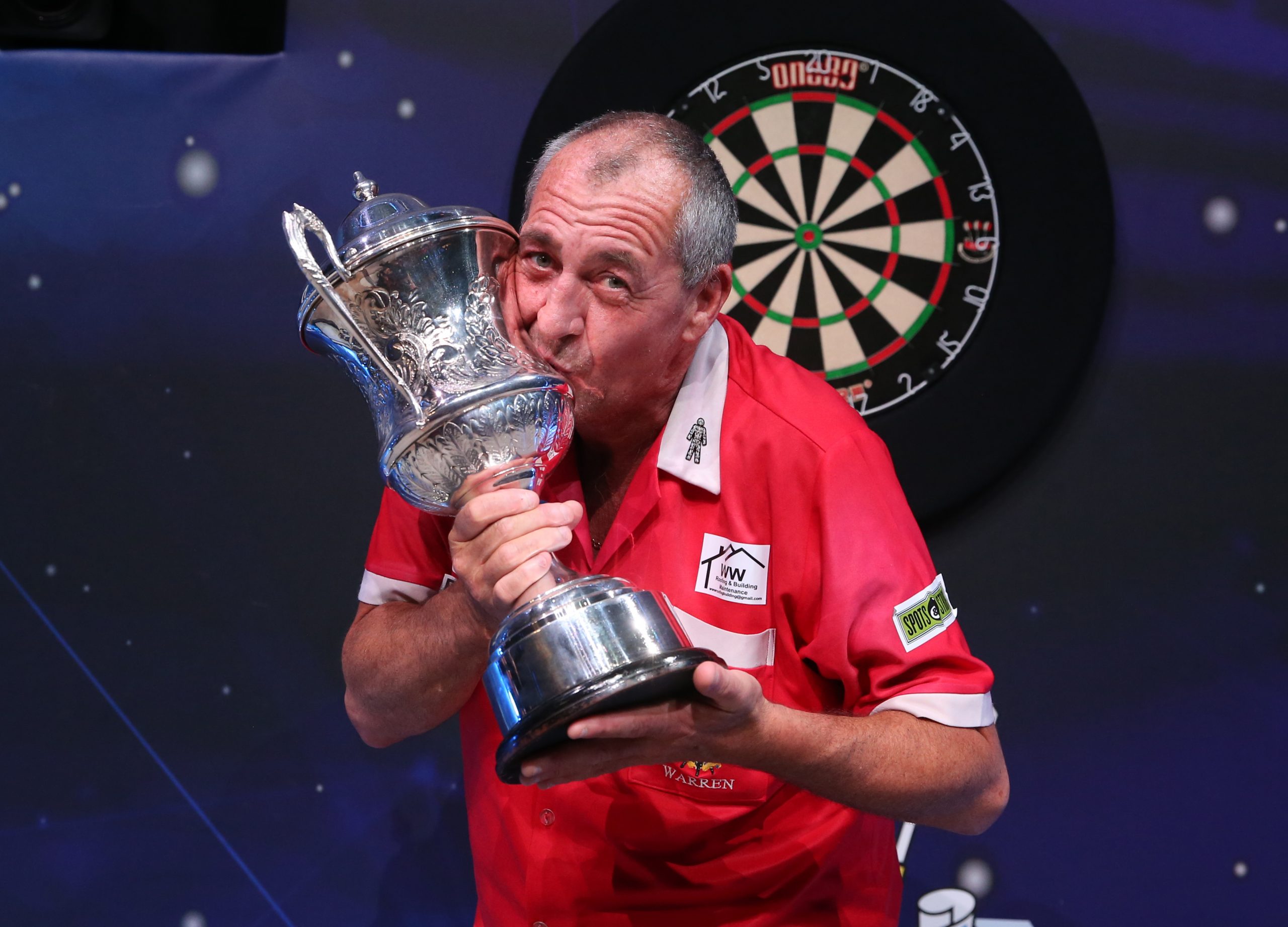 Wayne Warren defeated Jim Williams 7-4 in an outstanding all-Welsh final to win the 2020 BDO World Championships at the Indigo at The O2 and become the oldest ever world champion.

Warren, who defeated Justin Thompson, Andy Hamilton, Chris Landman and Scott Mitchell leading up to the final, once again had to come from behind to register victory.

The Welshman fought back from 2-0 down in the early goings, before winning seven of the next nine sets to become the fourth Welsh world champion in history, joining Leighton Rees, Ritchie Burnett and Mark Webster.

Never give up, folks 👏👏👏 pic.twitter.com/qiaGyZJVPt

“I can’t believe it,” he told Eurosport. “This is a dream and now to have as reality. I tried my hardest all week.

“Playing Jim, we’re great mates, and I think Jim will be world champion multiple times. This might be my last chance.”

‘Yank’ won the opening leg of the match, before Williams got a key break of throw in the third leg of the first set, winning it 3-1 with an average of just over 100.

The second and third sets both went with throw, allowing ‘The Quiff’ to move into an early 2-0 lead, before Warren took out double one to win the third set and halve the deficit heading into the first break.

57-year-old Warren picked up from where he left off after the break to make it 2-2, prior to producing a couple of outstanding legs, including an 11-darter, to take the fifth.

Too nervous to watch? 🙈

Wayne Warren leads for the first time in the match! 👊

Williams responded in kind though, taking the first set to nil in the match with a 102.5 average, bumping his overall average up to 99 in the process, as the match moved into the halfway interval at three-a-piece.

Despite both players struggling for rhythm immediately after the biggest break in the contest, it was at this point that Warren kicked on.

The seventh set had the lowest averages of the match, however, Warren broke the Williams throw with a 15-darter to move ahead once more. The eighth set was once again close between the two friends, with Warren missing three darts to take the set against the darts, only for Williams to take out double 10 to draw level again.

The man from the Rhondda was more clinical in the ninth set though, breaking the Williams throw for the fifth time in the match with a 121 on the bull, sandwiched in between two solid 16-dart holds of throw.

‘Yank’ followed that up with a break in the first leg of the tenth with a 14-darter and despite a few missed doubles, he got over the line, pinning double five to move 6-4 ahead.

Every leg went with throw in the following set and, despite Williams having chances to break in all three legs, 57-year-old roofer Warren showed tremendous composure to take out 50 for another 14-darter, sealing a memorable, memorable victory.

While the scores dipped after the interval, both men finished with averages of over 93.5 and they produced a final that the tournament thoroughly deserved.