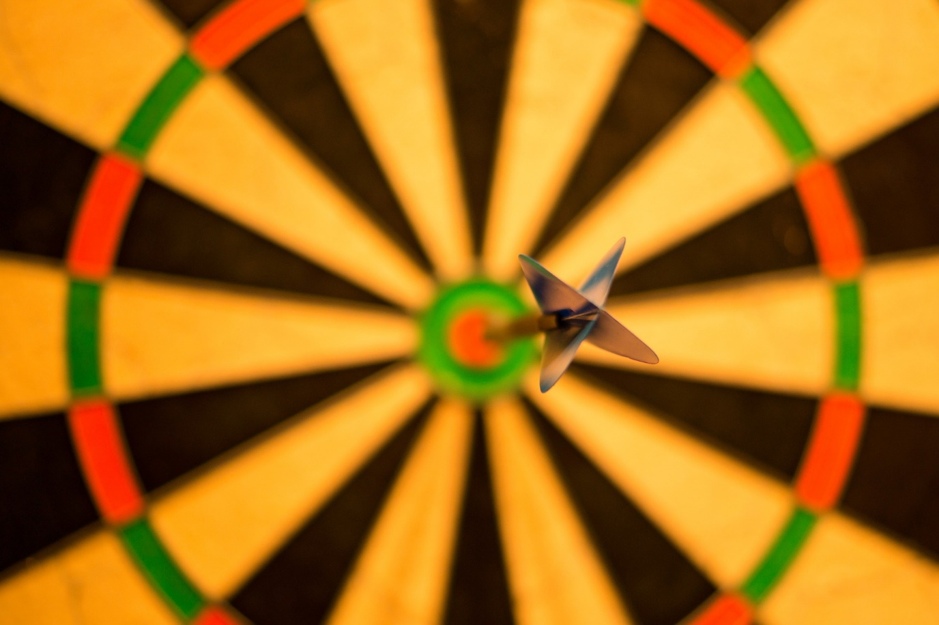 The New Year is on course to start with a bang for darts fans as the top players compete in the Ladbrokes Masters tournament. Here, Peter Watton, from matched betting specialists OddsMonkey, takes a look at how the competition is shaping up and what the latest odds are saying.

When the New Year rolls around, many darts fans look to the Masters tournament to see which player is in the best form ahead of the next 12 months. And, the 2020 edition of the tournament is set to be a cracker, with the 16 top pros looking to send a strong message to the rest of the field.

In this article, I’ll take you through the essentials of this exciting event, including a look at the draw and schedule, as well as the latest odds.

The Ladbrokes Masters — an overview

The Masters was created by the Professional Darts Corporation (PDC) with the intention of bringing together the sport’s very top players in a non-ranking but competitive tournament. It features the top 16 players from the PDC’s Order of Merit, which is used to rank the player’s by current form.

The first competition took place in 2013 in Edinburgh and was won by Phil ‘The Power’ Taylor, who defeated Adrian Lewis 10-1. Since then, the dominant player has been Michael van Gerwen, with a spectacular winning streak of five titles from 2015–2019.

This year’s edition of the Masters will take place from 31st January to the 2nd February. It will be hosted at the Marshall Arena in Milton Keynes, with a total of £200,000 in prize money on offer, including £60,000 for the winner and £25,000 for the runner-up.

As I mentioned, the Masters features the top 16 players from the PDC Order of Merit. They will play each other in a knockout format, with a first round (31 Jan–1 Feb), quarter final (2 Feb), semi-final (2 Feb), and final (2 Feb) until a winner is crowned.

The draw for the 2020 Masters first round looks like this (PDC rankings in brackets):

Who’s the odds-on favourite to win?

Well, at the minute Michael van Gerwen is currently at 11/10 to win the Masters tournament, which makes him firm favourite to win his sixth title in a row.

His closest rivals are Gerwyn Price (6/1) and Peter Wright (6/1). And, his first-round draw sees him play Jonny Clayton, who is the lowest ranked competitor at 16th in the PDC Order of Merit, as well as being unfancied by the bookies at a long 100/1. There’s also the fact that Price and Wright, his rivals, were drawn in the other half of the bracket, so they won’t face him until the final at the earliest. With an arguably easier first match and a safer passage to the final, van Gerwen is a very safe bet.

The rest of the field are priced:

Are there any outside bets?

Looking to have a bit of a flutter on an outside bet? There are a couple of options at the Masters this year. Firstly, there’s Rob Cross, the PDC no.4 and 2018 world champion at a good price of 12/1. He had a good year in 2019, winning the World Matchplay and European Championship, and, as he was knocked out in the first round of the Masters last year, he will be motivated to improve. He also has a favourable first round tie against unfancied Adrian Lewis (66/1).

If you’re after a real dark horse for the tournament, look no further than Nathan Aspinall at 25/1. He is the PDC no.8 and, though he is making his Masters debut, is expected to make an impact this year. The buzz around Aspinall comes from his great 2019 performance, which saw him win the UK Open and reach the semi-final of the World Championship — he is certainly one of the form players. He has a tight first round match with similarly ranked James Wade, and will potentially need to beat van Gerwen en route to the final, but don’t rule him out.

Hopefully, this guide has set you up nicely for the tournament and may even have inspired you to have a little bet. All that’s left is to hope for some great darts to fulfil the h