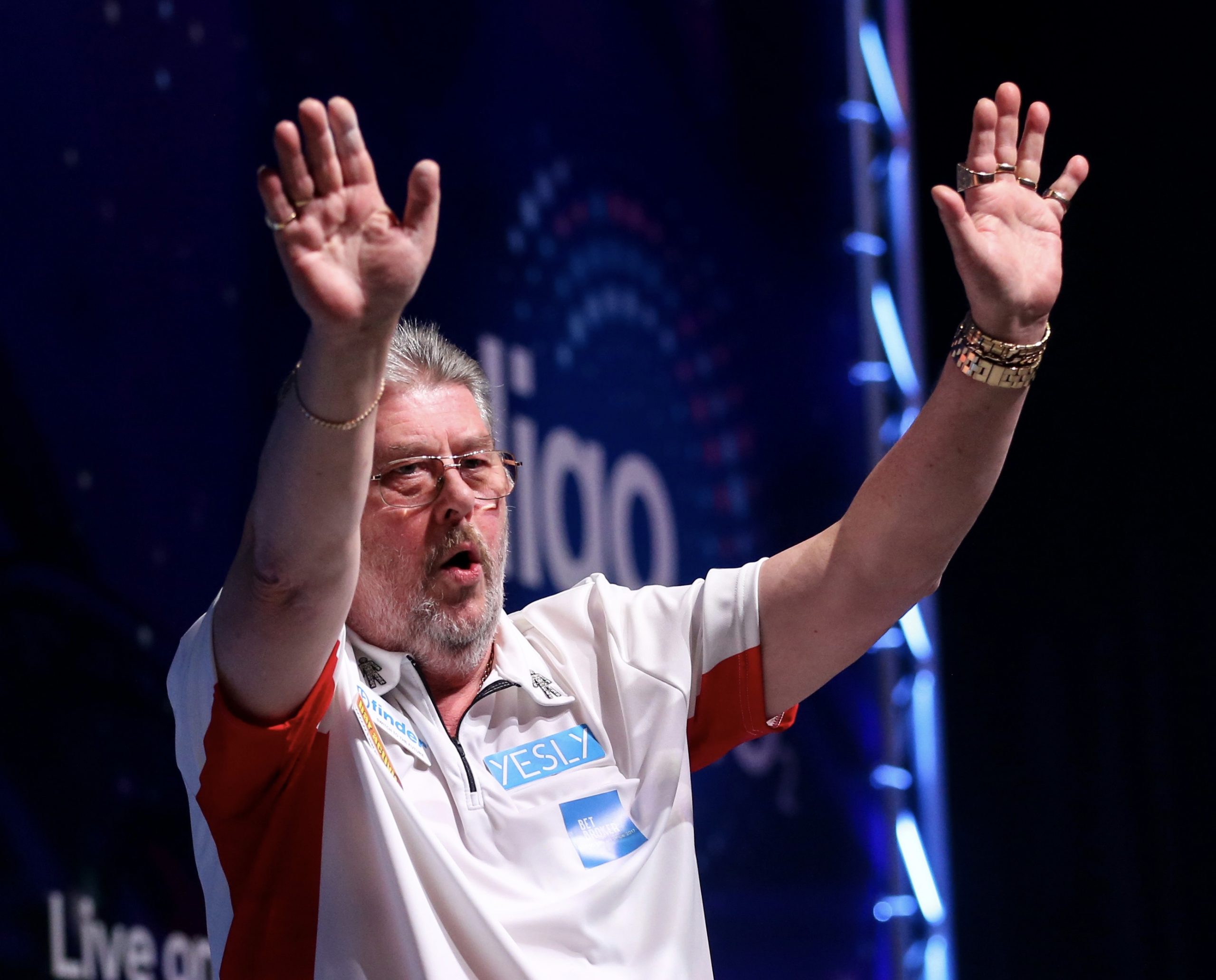 Adams, 64, continued his scintillating vein of form on his culminating day of the second week in Phase Three of the innovative tournament as he claimed four victories from a possible five.

Despite entering the latter stages of his career, the eight-time major champion has proved a leading light of remotely contested darts, having pinned his first broadcast nine-darter recently and emerged as a persistent threat from his Lincolnshire home.

His consistency and accuracy in the doubling department helped him see off his closest rival Boris Koltsov in Friday’s opener as he registered an impressive 96.93 average and a 156 checkout on his way to a 5-2 victory.

Another average in excess of the 95 mark saw Adams make light work of former World Championship finalist Mark Dudbridge to double his points tally, before punishing handfuls of missed doubles from Brazil’s Diogo Portela to elongate his unbeaten streak.

‘Wolfie’ then battled back from behind to overcome Spain’s Jose Justicia despite squandering 12 darts at double, with the BDO stalwart’s superior scoring proving the difference between himself and the former PDC ranking event quarter-finalist.

Despite accumulating eight points approaching his concluding affair, Adams was forced to wait to seal the hat-trick as emerging youngster Jarred Cole handed the veteran his first and only defeat of the afternoon.

In a match riddled with missed opportunities on the outer ring, scores were level at three apiece, before the former PDC Development Tour event winner found back-to-back 14-darters to keep his top spot hopes in the balance.

Subsequent defeats for 19-year-old Cole at the hands of both Justicia and Portela meant that Adams would secure his third consecutive crown, resuming his dominance in the Modus Icons of Darts Live League.

Elsewhere, birthday boy Portela avoided bottom spot with a last-ditch victory over the aforementioned Cole, handing near Alicante-based Justicia his second wooden spoon of the week.

Former World Masters champion Dudbridge was sandwiched in between both Portela and Justicia, while Russian number one Koltsov finished third with only leg difference separating him and second placed Cole.

Phase Three of the Modus Icons of Darts Live League continues on Saturday as Ritchie Edhouse vies to follow in the footsteps of Adams and secure a treble in Pool B.

See you all live at 10.30 tomorrow. pic.twitter.com/h2HJohuqMB