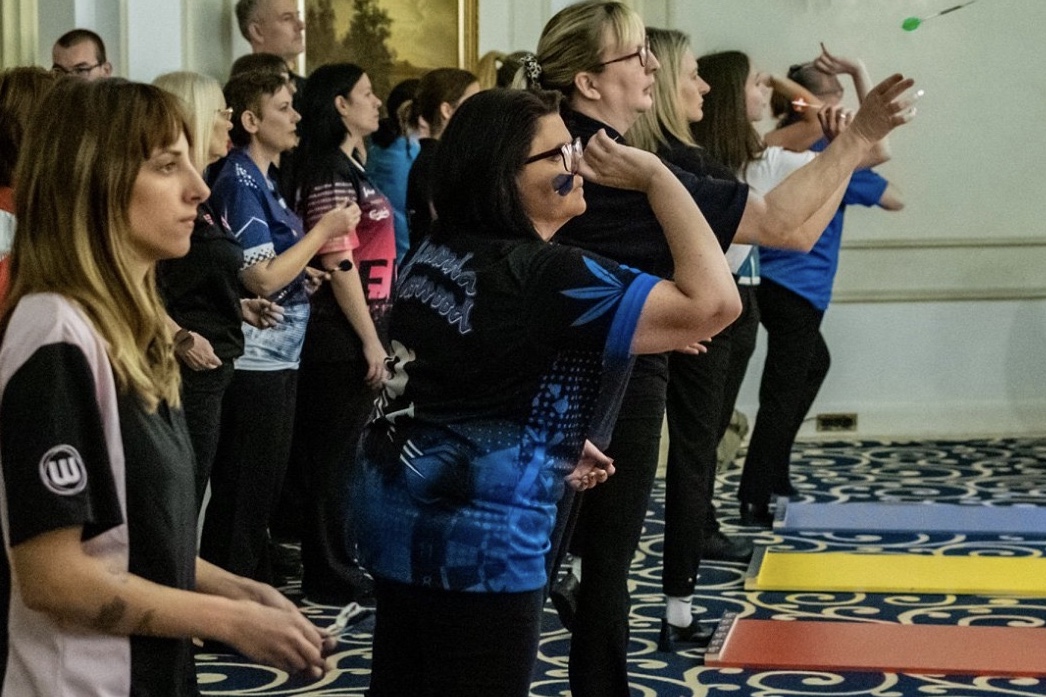 Amanda Harwood has revealed she is ‘looking forward’ to the inaugural PDC Women’s Series after having her return halted by the coronavirus pandemic.

Harwood was a regular winner on the women’s circuit a number of years ago, and marked her return by the winning the Romanian Classic earlier this year.

The Suffolk-based thrower had planned to travel across Europe competing in World Darts Federation ranking events, but those arrangements were scuppered by the current global situation.

“I’m really looking forward to the Women’s Series,” expressed Harwood. “It’s a great opportunity for women’s darts and hopefully there will be some great darts played.

“I’m hopeful it could lead to more events and opportunities for female players.

“I have heard that numbers may not be as high as expected but it’s understandable with all the Covid restrictions currently in place, and I hope this doesn’t put Barry [Hearn] off holding such events in the future.”

Coveted places at the World Darts Championship are up for grabs to the top two earners at the anticipated Women’s Series.

A number of esteemed players have been named amongst the 86 entries, but Harwood believes anyone could triumph given the unpredictable open draw.

“It’s a great opportunity to qualify for the PDC World Championships and if the draw is right, it’s going to be anyone’s to win,” she claimed.

“I would love to finish in the top two, but it’s been a long while since I’ve played competitive darts so we will just have to wait and see.”

Both Lisa Ashton and Fallon Sherrock have qualified for the sport’s showpiece staging since women were introduced to the tournament, and have since worked wonders for the women’s game.

“Lisa and Fallon have done amazing,” an appreciative Harwood said. “I’ve known these ladies for a long time and I’m so happy to see them achieve what they have, both personally and for the women’s game.

“Hopefully soon we will see a lot more women mixing it with the top men.”

Harwood is an accomplished player in her own right, having scooped five WDF titles over the years, most recently defeating Marjolein Noijens to lift the Romanian Classic.

“It was great to win the Romanian classic for the second time,” she said. “I love playing over there and have made some great friends. On the day I was just so relaxed and really enjoyed playing.

“I took quite a break from the circuit side of things due to having a baby, but I was still playing superleague and practicing at home with my husband.

“Luckily, last year I was offered sponsorship to get back onto the circuit by a good friend in Ian Rampley so I took the opportunity and was doing quite well until Covid hit.”

Aside from the likes of Sherrock and Ashton, Harwood sits in a bracket of talented ladies who will be hoping to cause a number of upsets at the Barnsley Metrodome.

She hasn’t played vast amounts of competitive darts during recent months, but the majority of female players participating in South Yorkshire are in a similar position.