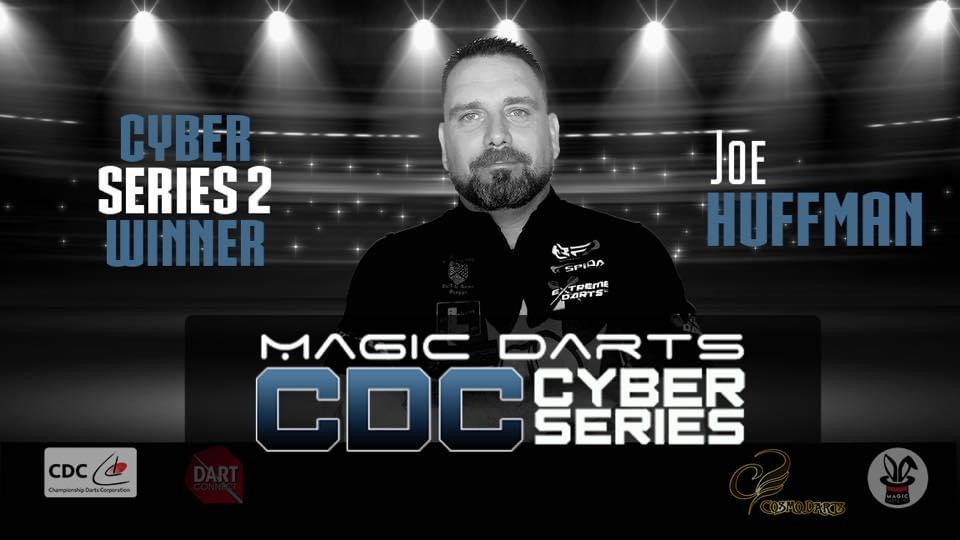 The two-time CDC event winner defeated John Steinhofer in his opening round match, before booking his place in the last four with a 9-7 win over Chris White.

Huffman proceeded to drop a mere four legs in the latter stages of the tournament, thrashing Jason Brandon 10-2 in the semi-finals and Long 11-2 in the title decider.

The 36-year-old recorded an impressive 95.9 average, four maximums and six winning legs of 15 darts or less in a breathtaking display in the final.

Elsewhere, John Part made a guest appearance in the remotely contested tournament, with the three-time world champion winning his preliminary round match before exiting at the hands of White.

The third monthly Cyber Series event takes place on October 24, following the return of in-person CDC darts from September 26-27 in Canada and October 3-4 in America.