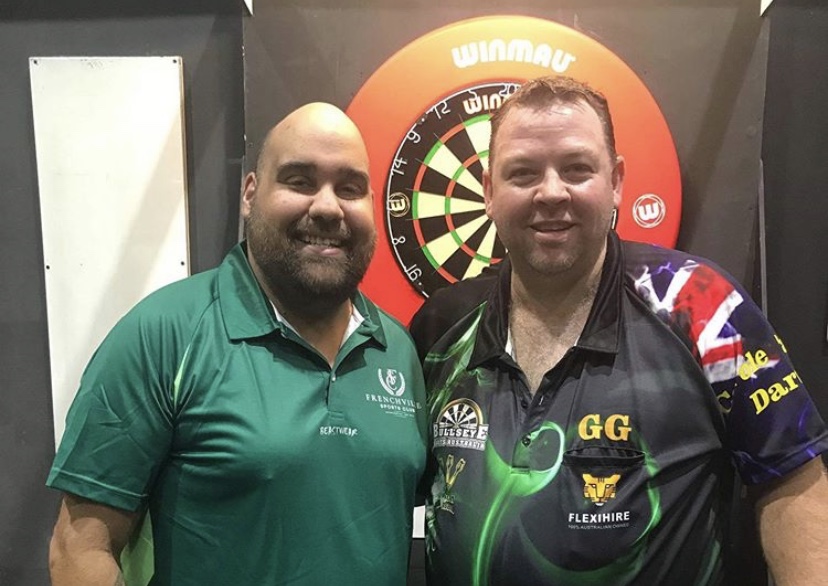 Kyle Anderson was victorious upon his return to Australia, while Gordon Mathers and Robbie King were also triumphant as the opening weekend of the DPA ProTour took place.

The Warilla Bowls and Recreation Club played host to a triple-header of DPA events down under with around 90 players vying for success on the three days of action.

It was a near perfect return to his native country on Friday for Anderson as he embarked on a run to the final, being defeated by Mathers – who was fresh from his recent PDC Challenge Tour exploits in Wigan.

Mathers, who topped the DPA rankings two years ago which led to him making his World Darts Championship debut, saw off Brad Horton, Alfred Wyatt and Barry Jouannet, before reeling off five legs on the spin to beat Liam McLennan in the quarter-finals.

He subsequently came through a closely-contested semi-final with Clayton Collins, in a clash which saw both players battle back from behind.

Mathers raced out of the gates in the final, opening up an early 4-1 advantage, with missed darts on the outer ring here and there proving costly for former Auckland Darts Masters winner, Anderson.

The pair then shared 13-dart legs, only for Mathers to find a 68 checkout and win the opening DPA ProTour event of the year.

Despite commencing with a superb 11-darter, King soon found himself trailing to Rundle, though, he fought back and remained the more consistent of the two throughout the final.

Anderson did eventual receive the success that he was surely anticipating. ‘The Original’ saw off Mal Cuming in Sunday’s set-play tournament, claiming his first DPA title for seven years.

The former European Championship semi-finalist failed to drop a set during his route to victory in Warilla, getting his rather prolific campaign underway with back-to-back whitewashes of Rod Crawford and Mark Wortley.

After not losing a leg in his opening two matches, Russell Northey and Brody Klinge were both brushed aside, before Anderson produced successive ton-plus averages in defeating Steve Fitzpatrick and Ben Robb to book his place in the final.

Both Fitzpatrick and Robb had claimed DPA honours last year, with another two impressive scalps landing at the feet of the Australian who’s been living for a considerable time in England.

Anderson overcame a valiant Mal Cuming in the decider, despite the latter pinning a 121 checkout midway through the final match of the weekend around a three-hour distance from the Australian capital, Canberra.

The DPA ProTour resumes from March 6-8, with Anderson presumably returning back to England in order to participate in the Ladbrokes UK Open in Minehead.

Come the end of the DPA ProTour season, the table-topper will secure their place at the 2021 World Darts Championship – which takes place at London’s Alexandra Palace in December.

Click here for full results from DPA ProTour Event One