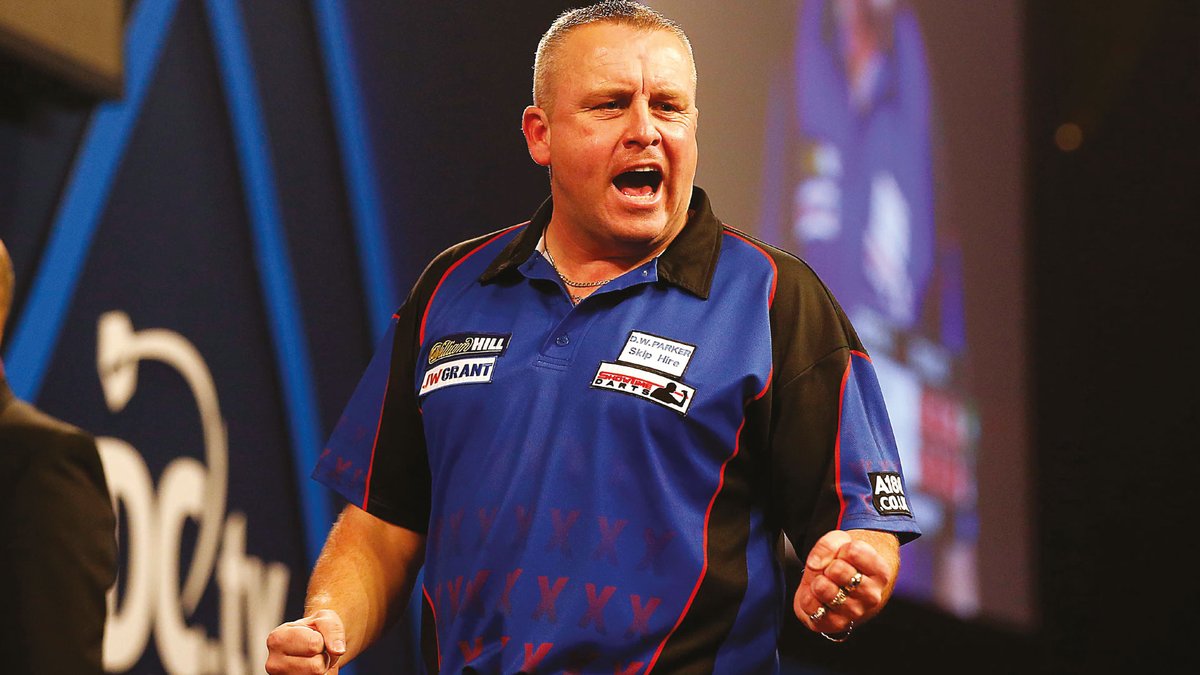 Andy Boulton: ‘It feels great to have my card back’

After a year away from the joys of the PDC Pro Tour, and a year participating on the gruelling Challenge Tour, Stoke-on-Trent’s Andy Boulton returns to the professional scene following his success at Qualifying School.

Boulton is among those to have competed at both versions of the World Championship, participating at the Lakeside in 2008, 2011 and 2012, before going on to qualify for the PDC edition at Alexandra Palace in 2016 – where he lost out to Gary Anderson in the first round, after beating Danish legend, Per Laursen, in the preliminary round.

“The highlight of my career has to be gracing the stage and winning my opening match at Ally Pally,” Boulton revealed to Darts Planet TV. “I found myself playing Per Laursen in the opening match of the 2016 World Championships and this was a great honour.”

Boulton returned to Qualifying School in January, and, despite it not going exactly the way he had hoped, ‘X Factor’ secured his return to the cream of the dating scene for at least another two years.

The 45-year-old got off to a flying start in Wigan, claiming notable scalps over Stephen Burton and David Pallett, on the opening day, alone. Former Lakeside finalist, Mark McGeeney, got the better of Boulton at the quarter-final stage, averaging 101.9 in a scintillating showing.

Despite his quarter-final run on day one, it was a nervy confirmation for Boulton, as he failed to get past the last 32 on each of the remaining three days. “It feels great to have my card back, after a hard couple of months on the board securing my card has made it all worth it, I’m looking forward to an exciting season ahead,” said Boulton. “I was very confident going into Q School and had put in a lot of hard work,” he added.

“Getting to the quarter final stage on the opening day was a great start to the weekend in gaining some vital points which helped me grow in confidence for the remaining days. However, it didn’t go to plan and I found myself biting my fingernails awaiting confirmation on the final day.”

Gavin Carlin: ‘I hadn’t even heard of Q School about a year ago’

Prior to winning through the gruelling, intense Qualifying School, Boulton found himself competing at the Scottish Open in February last year – where he endured a last 16 exit at the hands of eventual semi-finalist Mark McGeeney. “The reason for playing in the Scottish Open was due to the proximity to my home and it is always nice to see some familiar faces,” Boulton explained. “However, I certainly haven’t missed the long days, inadequate venues, inferior set ups and drunk markers.”

Former Granite City Open and Tyne and Wear Open champion, Boulton, assembled his PDC return at the weekend, losing out prior to the third round stage in both events, though, the 45-year-old made his annual aims clear.

“This year I have found myself joining up with ZXF Sports Management,” said Boulton. “Hopefully, this exciting new partnership allows me the time to focus more on the darts as they deal with all other aspects of life on the tour. The main aim is to climb up the rankings and find myself in the top 64 by the end of the first year.”

He also went on to add that he hopes to make a return to both the Players Championship Finals in Minehead and the World Championship at Alexandra Palace later this year.

Bennett and Beeton were Victorious! in Dorchester