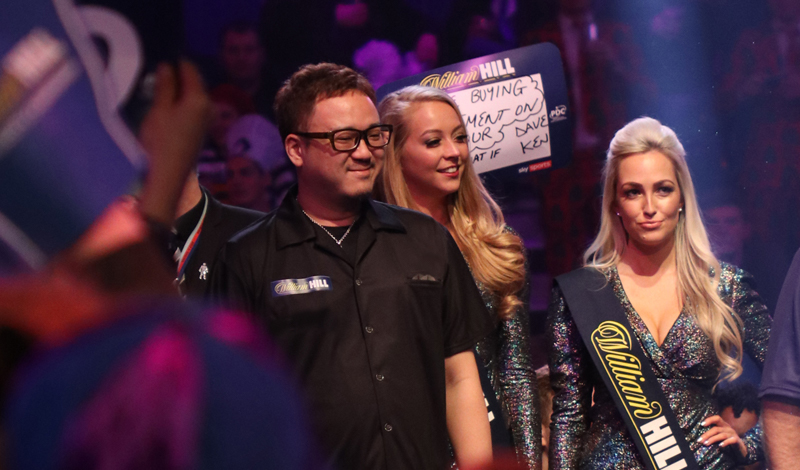 Asada: ‘I’m confident after finishing second in the Asian rankings’

Seigo Asada will return to the Alexandra Palace stage on Tuesday afternoon as he faces Poland’s Krzysztof Ratajski in the first round. The Japanese ‘Ninja’ spoke to us ahead of his second appearance.

Asada said: “I started playing darts 13 years ago. My older brother was a famous player in Japan. However, my family supports me as I play an active part.”

The Japanese sensation has made huge strides this year after making his William Hill World Darts Championship debut 12 months ago – where he was whitewashed by eventual winner Rob Cross.

Five-time Japan Open winner, Asada, finished second on the overall Asian rankings as the Asian Tour debuted this year; hundreds of Asian throwers flocked inside arenas, with over $120,000 on offer throughout the year.

“Asian tour events have been entered by the famous Asian players. It was a good experience! There is also a ticket to the World Championship; it is a nice tour for Asian players. However, it was difficult to coordinate the schedule with the Japanese Pro Tour. I could not enter all the tours, but I’m confident after finishing second in the Asian rankings,” said Japan’s Asada.

Asada is one of six Asian participants at this year’s World Championship, but surprisingly the only coming from Japan, with the likes of Haruki Muramatsu missing out on the £2.5million tournament.

Different from Asia’s predominant countries, such as China and India, darts in Japan has undergone a breakthrough, with Muramatsu holding a PDC tour card between 2015 and 2016 and also previously participating at the World Championship.

Asada is also currently a key figure in Japanese darts, as they look to move steel darts above soft-tip as the paramount force in Japanese darts; “Soft-tip darts is the main game in Japan. However, there are lively, vibrant Pro Tours with a tremendous prize. There is also a high darts population, and there are many darts pubs in town.”

Edward Lowy and the Unicorn team have recently shown a lot of support to Asada by becoming his manufacturing company and offering him sponsorship: “There are many dart makers in Japan, but recently Unicorn, Target and Winmau are aware that Japan is conscious of the dart market, it is lively. If the population of steel darts is increasing as it is, the level will rise further.”

Now onto the main concept of this article, with Asada taking to the Alexandra Palace stage on Tuesday afternoon, as he takes on highly-fancied Krzysztof Ratajski in what on paper is a mouth-watering match-up.

‘The Ninja’ is not one to change his practise regime ahead of a major tournament in the World Darts Championship. “I am not aware of it,” he said. “I practice as usual. It is an important tournament abroad for me, so I’d like to practice hard and acquire experience.”

Krzysztof Ratajski will be the man standing in front of Asada as he graces the oche; the former Winmau World Masters champion is fancied by many to embark on a thorough run at Alexandra Palace, but the Japanese star will have something to say about that, as he sets sight on making up for last year’s early exit.

“I am watching his [Krzysztof Ratajski] game quite a lot,” said Asada. “I am a very strong player, so I practice hard and want to test him. I do not have much experience in Europe yet, but I will try my best to throw good darts against him.”

James Wade will be awaiting if Asada was to pull off a minor upset and defeat three-time Pro Tour event winner Ratajski. Asada said: “The experience is to participate in the World Championship. I am glad that I can fight in the first round. If I can play against Wade, I can do even better. I will do my best to challenge each game and throw good darts.”

Following the conclusion of the World Darts Championship in London, over 500 throwers are expected to flock inside the Robin Park Leisure Centre in Wigan and Halle 39 in Hildesheim to try and earn a tour card to enable them to compete on the Pro Tour.

“There are many tournaments every week in Japan. I am very busy,” said Asada. “However, I really want to go to Qualifying School, so I would like to participate in the future. Asian darts tournaments and promotion is still key, but I will do my best to be able to challenge Europe!”

If Asada was to participate at Qualifying School next month, he will be looking to follow in the footsteps of fellow countryman Haruki Muramatsu – who had previously won a tour card in Wigan.

Asada will be single-handedly representing Japan on Tuesday afternoon at Alexandra Palace, and we wish the ‘Ninja’ the best of luck.