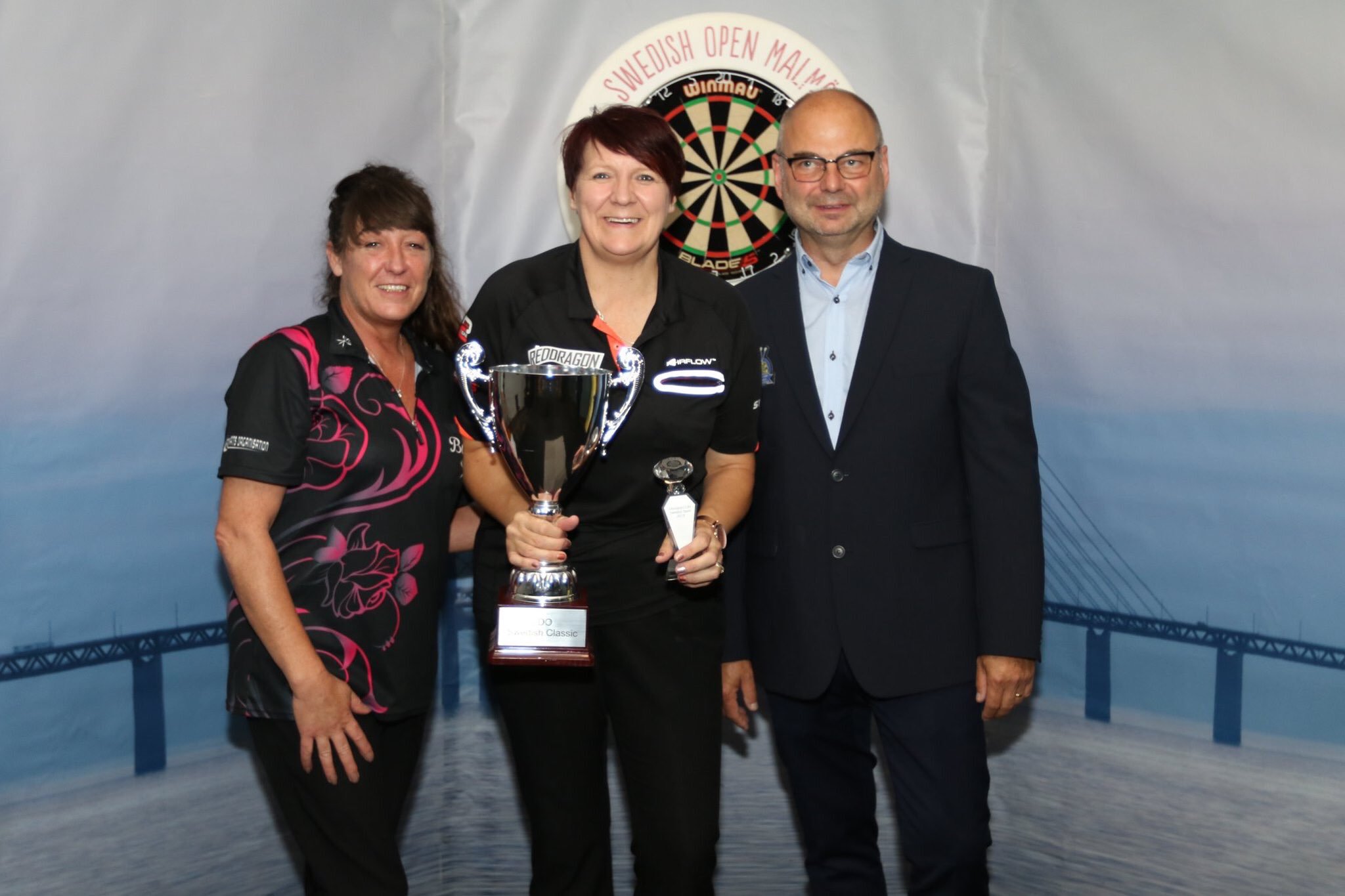 It was a second ranking title of the year for ‘The Lancashire Rose’, almost six months to the day since her Scottish Open triumph in February.

She saw off Andreea Brad, Nikki Goldsmith and Maria O’Brien before beating Kirsty Hutchinson 5-2 in the semi-finals with a 73.47 average.

In the final Ashton met Aileen de Graaf, who had previously beaten Henriette Honore, Jenni Larsen, Priscilla Steenbergen and Fallon Sherrock and was looking for her fourth ranking title in just four weeks.

The Bolton thrower had too much for Dutch opponent in the final though, racing into an early lead and eventually winning 5-1, averaging 76.83 in the process. For her efforts, the four-time World Champion picks up 4,000 SEK (£340).

The men’s pairs event was also played on the opening night, with Brian Raman and Dennie Olde Kalter emerging victorious.

They won the title courtesy of a 5-4 victory over the Dutch tandem of Anoop Ramdajal and Jitse van der Wal, following up their impressive semi-final win over Belgium’s Kurt Dumarey and Mario Vandenbogaerde.

Rileys Masters Are Back At Rileys