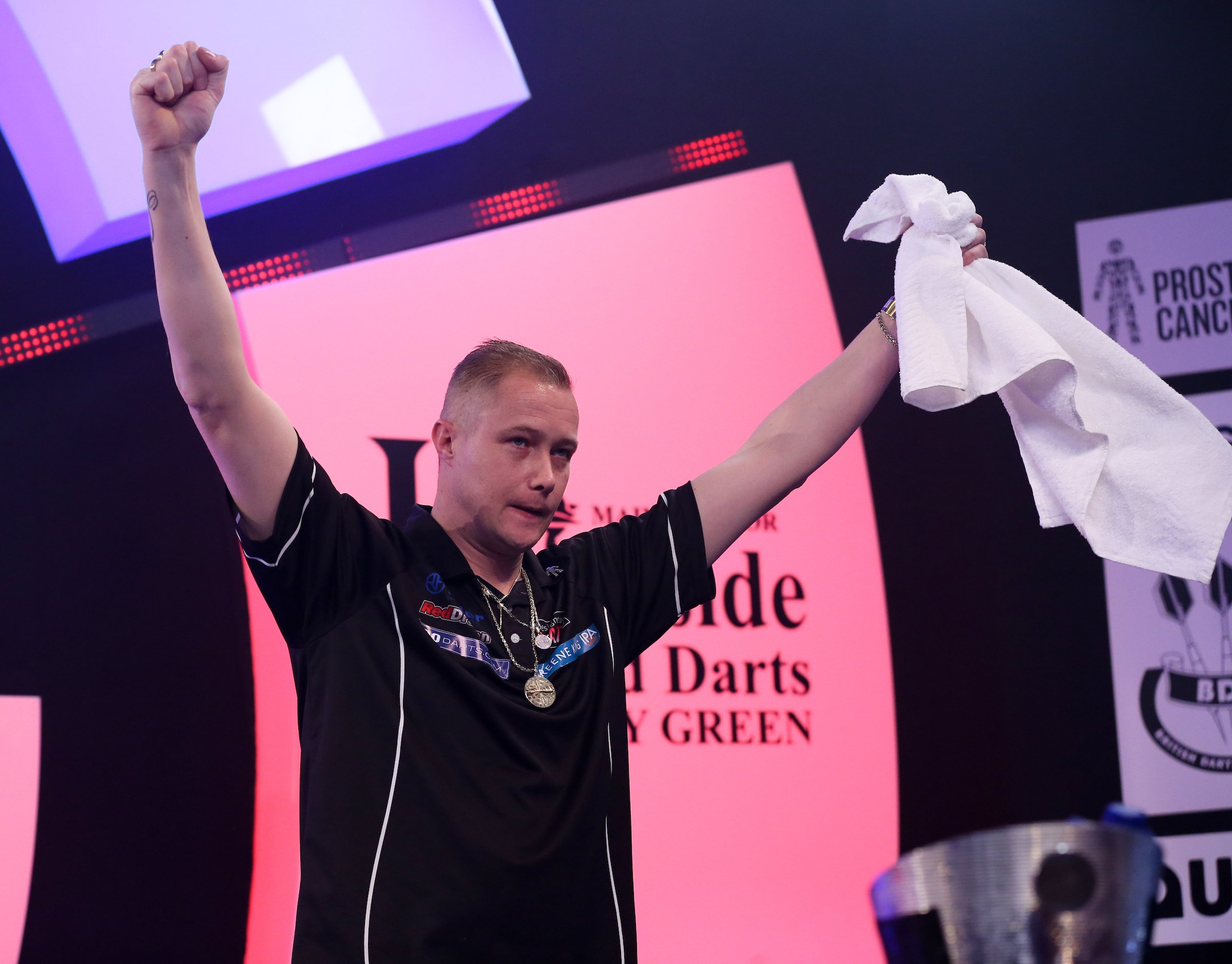 Lisa Ashton made it four titles from five singles events in September as Wesley Harms and Dennie Olde Kalter won the men’s competitions during a frantic weekend in Bridlington.

Harms made it six titles in 2019 with a 6-5 win in the British Open final over Welsh thrower Mike Warburton, with his compatriot winning his maiden title the day before in the British Classic.

Warburton, who shot to prominence by winning the Welsh Open last year, recorded wins over the likes of Simon Tate, Nick Fullwell, David Airey and England international Nigel Heydon before he edged a thriller with fellow Welshman Jim Williams 5-3 in the semis, finishing with a 94.44 average.

The final started in remarkable fashion as Warburton took out 103 in the opening leg for a 15-darter, which was followed by the BDO number one taking out 116 in the next leg.

Both of those legs went with throw and the first ten all did, leaving ‘Warby’ in position to throw for the match. However, his scoring power deserted him as Harms reeled off a 16-darter to run out a 6-5 winner, having hit three maximums and recorded an average just under 90.

Olde Kalter was an early casualty in the Open but he suffered no such fate in the Classic, as the 29th seed stormed to his first BDO ranking title and strengthened his chances of playing at a first World Championship in 2020.

In the final he met Surrey’s Dave Parletti, who had already beaten David Calvert, Tim Owen, Steve Hine, Williams and defending champion Richard Veenstra to make a third final of the year.

However, although the postman raced into an early lead, this final didn’t go like Parletti’s previous ones as the Dutchman eventually ran out a 6-4 winner to pocket the £3,000 top prize.

In the ladies competitions, it was all about Lisa Ashton, as the ‘Lancashire Rose’ did the double to pick up her fifth and sixth ranking titles of 2019.

In Saturday’s British Classic, she dropped just one leg before the semi-finals, where she fired in an impressive 94.11 average to beat Anastasia Dobromyslova 5-3. In the final she then met Buckinghamshire ace Fallon Sherrock, who had beaten defending champion Laura Turner in the semis. Ashton edged a tight game 5-4 to trouser the £1,000 winner’s prize.

The four-time World Champion then successfully defended her British Open title on the Sunday, picking up the title with a win over Beau Greaves.

Ashton once again met Dobromyslova in the semis, this time winning 5-2, before she then met young sensation Greaves, who was in her eighth senior final of the year.

Although the Doncaster thrower picked up the pace from her semi-final win over Corrine Hammond, she had no answer for Ashton, who averaged 86.95 on the way to another 5-2 win and another title.

The weekend had started on Friday with the pairs competitions and Ashton was also successful there, picking up the title alongside Maria O’Brien. The men’s pairs was won by the Yorkshire tandem of Scott Waites and Garry Thompson, who beat Scotland’s Gary Stone and Ryan Hogarth in the final.

Which Pro Athletes Would Be Best At Darts?