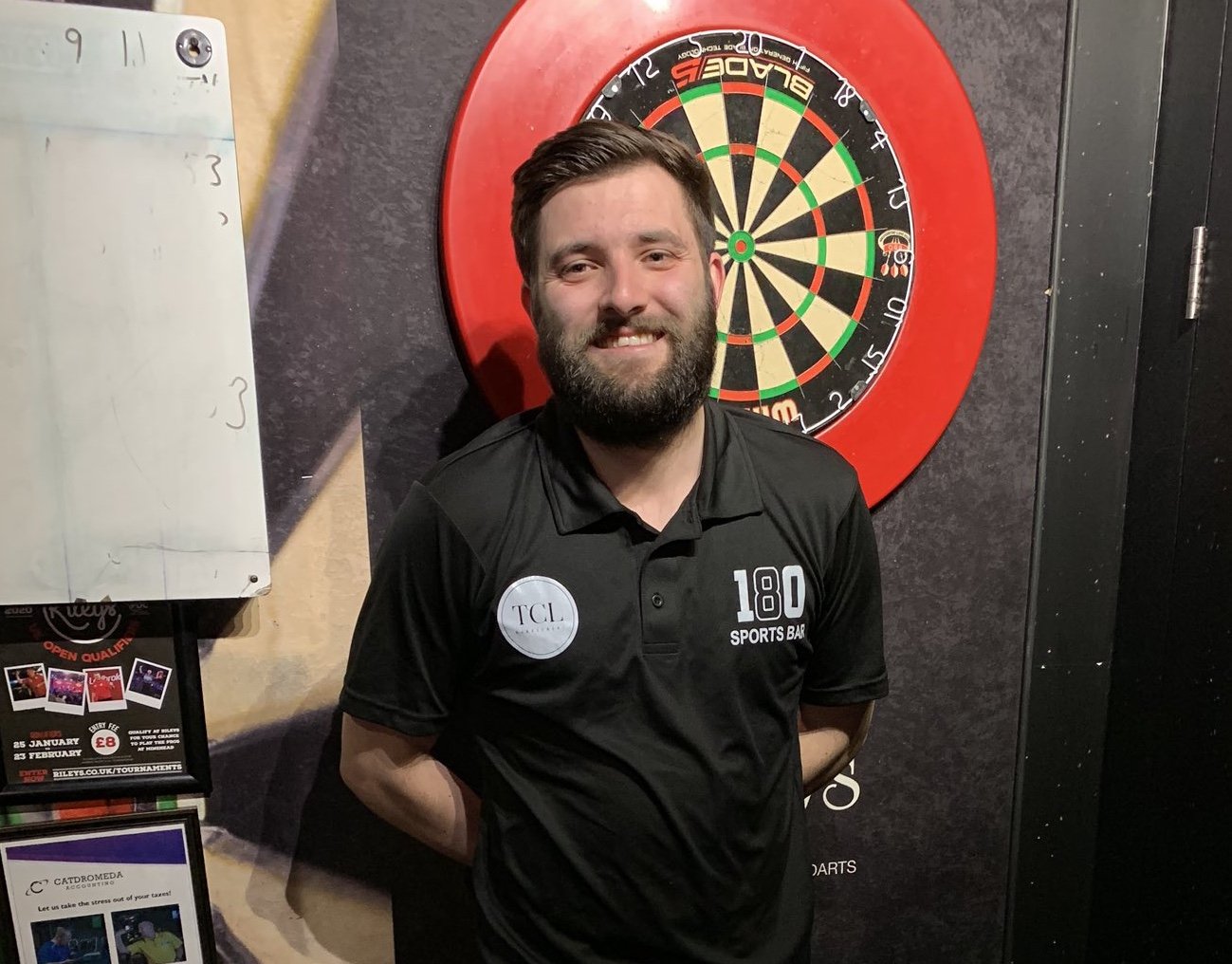 Jason Askew rounded off his first week in Modus’ A Night At The Darts with Group Six success, while Paul Nicholson extended his untouchable lead at the top of the Modus Icons of Darts Live League table.

Askew, who topped the overall standings in Week Two of the Icons of Darts Live League, gained three victories from four matches to claim his first A Night At The Darts group.

Askew led 4-2 and was seemingly on course for his first win of the night, however, after missing a host of match darts, he was punished by the 19-year-old – who found a self-assured 12-darter in the decider.

2 weeks of @JAskew93 playing @ModusDarts180 can’t believe how much he has put into this & what actually goes on to make it happen, so much more than playing darts. So proud of him. Looking forward to having a throw on my board again ? @Chris180Mason @eileen_mcquaid @phillbarrs

Scott Mitchell was then brushed aside by the son of former back-to-back World Championship semi-finalist Dave Askew.

It was the 2015 BDO world champion who took the opening leg, though, Askew reeled off five legs in succession to get another two points under his belt.

His winning ways continued as he overcame Russian number one Boris Koltsov, recording a scintillating average of 100.83 and pinning five of his six attempts on the doubles.

Evans led 3-1 in the closely contested affair, only for Askew to battle back with a trio of 15-dart legs, however, Evans then produced a 12-darter of his own and sent the match to a decider – in which Askew pulled off a nerveless 13-darter to prevail.

What a good way to end this week! Week winner for a second week in a row! Thank you everyone who’s working behind the stage to let us shine as bright as we can! Thank you guys, thank you ?? https://t.co/9i7sdXU38P

Meanwhile, Nijman claimed the overall A Night At The Darts Week Two title, after finishing second in Saturday’s standings and being narrowly denied top spot in Group Six on leg difference.

The 19-year-old finished in pole position for the second week running following on from his impressive string of performances during the inaugural week of nightly action.

Elsewhere, Paul Nicholson’s Icons of Darts Live League dominance resumed as he topped Group Six and finished top of the overall standings by quite some distance.

Nicholson culminated his week with a mammoth 10-point lead ahead of second placed Arron Monk – who completed the first ever online nine-darter in a Modus league on Wednesday afternoon.

‘The Asset’ won 16 out of his 20 matches throughout the duration of his third week in the Icons of Darts Live League, with all four of those defeats coming against either Andy Jenkins or James Hubbard.

The Englishman claimed his third consecutive group success on Saturday, winning three out of his four matches.

Stoked to finish top this week, and I think the changes I’m making to my game are paying off. I still need more consistency but this was a real confidence boost.
Thank you to everyone who watched and worked with us. #IconsofDarts ?@Winmau #darts https://t.co/nNPcwgKGMv

The Modus Icons of Darts Live League and A Night At The Darts will continue simultaneously on Monday. Those competing and the schedule will be confirmed in due course.