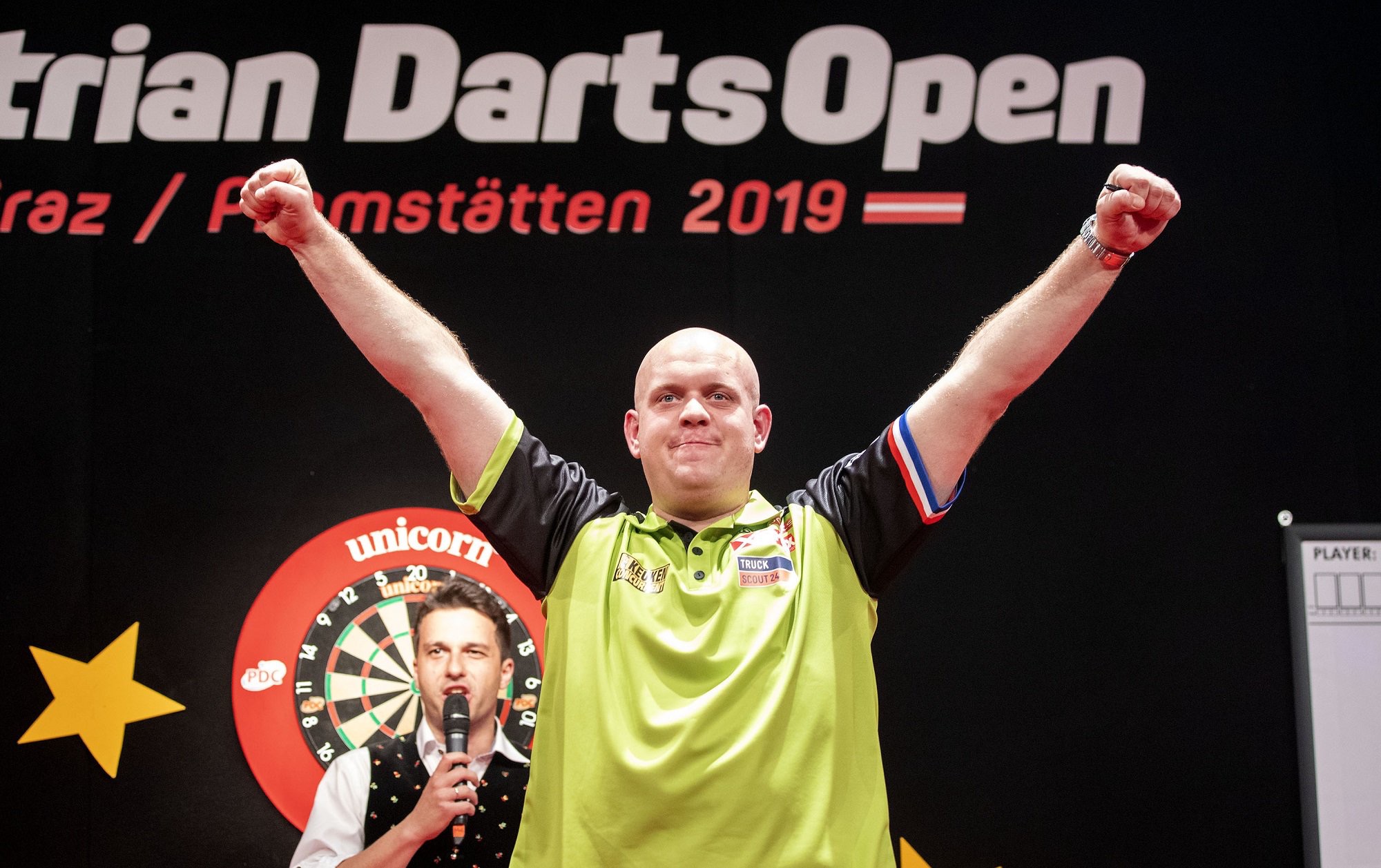 Michael van Gerwen weathered an early storm from Ian White to narrowly edge out the former News of the World finalist in a deciding leg to lift the Austrian Darts Open for a third time.

After claiming his 30th European Tour title before his 30th birthday just a week prior to Austria’s annual European Tour event, van Gerwen made it 31 titles despite not producing anything near his astronomical best in Graz.

He began his campaign with a 106.09 average in whitewashing Irish World Cup of Darts representative, Steve Lennon, before making light work of Stephen Bunting 6-1 reach the quarter-finals.

Peter Wright held a valiant effort in his last eight tussle with van Gerwen, but ran out of steam towards the end, as a 17-darter from the world number one was enough for him to prevail, despite averaging just 89.38.

Van Gerwen kept the ball rolling as he breezed into his third consecutive final on the continent following a 7-3 dispatching of Daryl Gurney – who was hoping for a third win on the bounce over ‘Mighty Mike’ after doing the double over him in the Unibet Premier League.

Three-time world champion, van Gerwen, was made to work in the decider by Ian White, but eventually closed out a narrow 8-7 victory after battling back from 3-1 behind at the hands of the Dutch Darts Championship winner.

The first two legs of the final went with throw, before 48-year-old White opened up a two-leg lead courtesy of a 138 checkout. Van Gerwen soon thought back, though, as legs of 14, 16 and 13 darts gave the Dutchman the advantage for the first time in the final.

Four legs with throw followed. Then a miss at double 16 from Stoke-based White handed van Gerwen the chance to break which he took and opened up a 7-5 lead with White’s hopes of a second European Tour title slowly fading away.

However, ‘The Diamond’ didn’t give up. A 14 and a 15-dart leg levelled up proceedings at seven-a-piece and forced a deserved decider in a thriller.

White found the treble bed on just four occasions in the 15th and final leg – which was far from enough to trouble van Gerwen as the world number one closed out a slender 8-7 victory on the top of the board.

Despite enduring defeat in the final, White’s dazzling form continued as he showed last week’s run on the big stage wasn’t a flash in the pan by doing so once again, and he is edging ever-closer to beating van Gerwen in a final.

‘The Diamond’ began his tournament with his second 6-5 win over Jamie Hughes of his European Tour campaign, before wins over Keegan Brown, Steve Beaton and James Wade was enough to seal his place in the final in Graz.

Elsewhere, defending champion, Jonny Clayton, fell at the first hurdle thanks to a 6-2 loss at the hands of Poland’s Tytus Kanik, while Austria’s very own Mensur Suljovic was dumped out by James Wade in the third round.