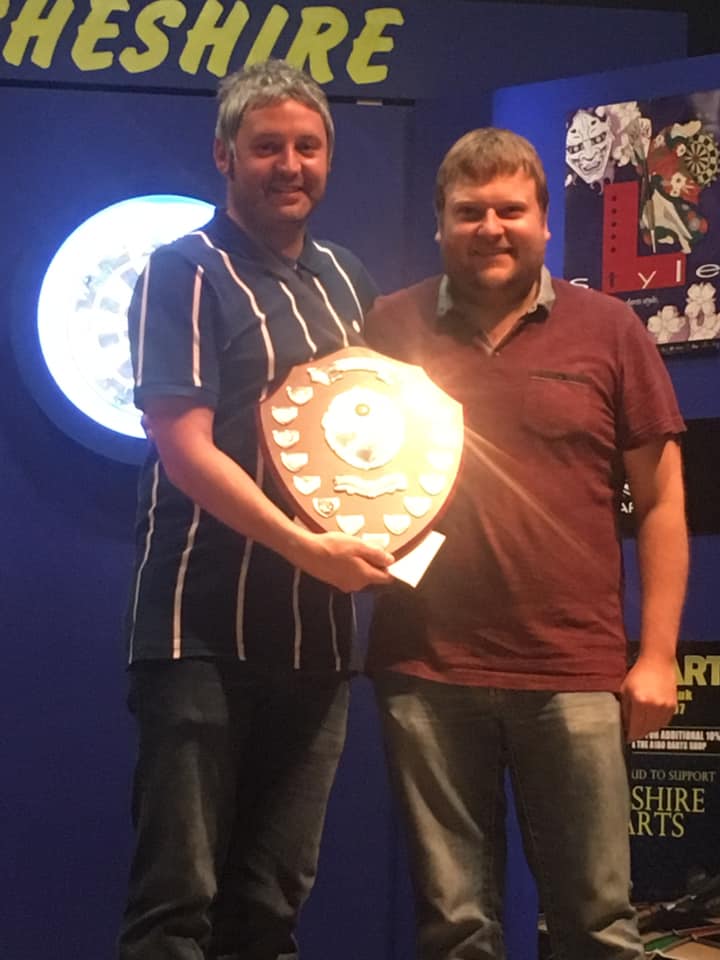 Scott Baker and Lisa Ashton won the singles competitions at the 2019 Cheshire Open at the Coppenhall Club in Crewe.

The events, which carry EDO ranking points, once again attracted sizable fields from across the UK with 116 players in the men’s event and 48 in the ladies competition.

UK Open champion Aspinall, who won this event in 2016, had beaten Stuart Kellett, Terry Roach, James Huthwaite and Shane Price to reach the final but he ran out of steam against ‘The Mod’, who romped home to win 6-1 with a 79.41 average.

For his efforts, Baker takes home the Pauline Stafford Memorial Shield and pockets the £1,000 top prize.

Both Ithurralde and Ashton recorded whitewash wins in the semi-finals, beating Jane Robson and Evonne Taylor respectively, but The Lancashire Rose just had too much in the final as she won her third Cheshire Open ladies title, pocketing £500 in the process.

Ithurralde did not leave Crewe empty-handed though as she won the ladies pairs competition alongside Welsh international Ann-Marie Potts. The pair beat Ashton and Belgian veteran Vicky Pruim 3-2 to lift the trophy.

Cheshire’s own Daniel Ayres reached the Gold Cup final at the start of July and he kept that form going in Crewe as he won the men’s pairs competition alongside Challenge Tour regular Patrick Lynskey courtesy of a 3-0 final win over James Kempster and Chris Irvine.

Adam Huckvale, a semi-finalist in the men’s pairs, went all in the mixed pairs event as he and Cheshire’s Lianne Lauder saw off Kevin Garcia and Eleanor Cairns 3-0.