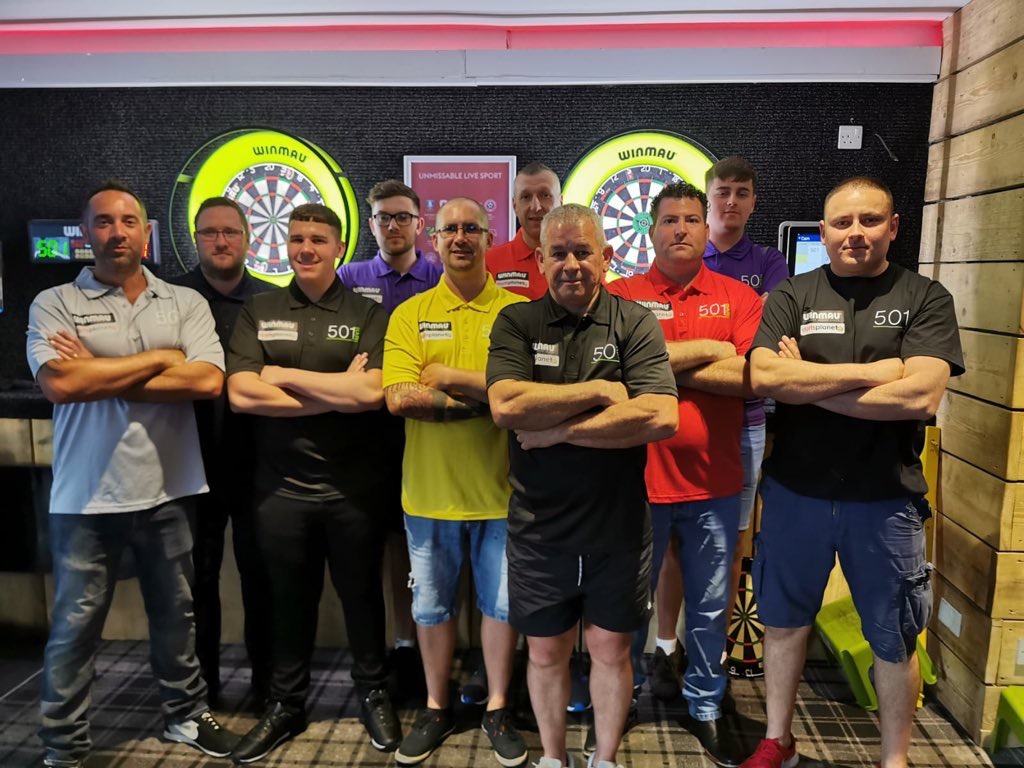 There were victories for Ryan Palmer, Garry Harding, Tom Lonsdale, Mike Norton and John Brown as the all-new iPlaster.com Premier League got underway at Bar501 in Bristol.

Spectators and participators flocked inside the famous Bar501, not just to watch the Europa League final, but also to see some top-quality South West arrows in action from throwers from Bristol and the surrounding area.

Bishopsworth’s Ryan Palmer, who owned a PDC Tour Card between 2016 and 2017, topped the table after Night One as he breezed past an out-of-sorts Darren Davies. An 82.8 average and a 121 outshot was enough for ‘The Lion’ as he got off to a dream start to a grueling 10-week league phase.

Steve Brown recorded the highest average (90.2) but failed to get over the line as Weston-Super-Mare’s Mike Norton averaged 87.6 en route to a narrow 5-4 victory in a deciding leg.

It was a different story for Steve’s son, John, who narrowly fought off Paul Smith. 18-year-old Brown hit two maximums, and despite his doubling not quite being up to scratch, it was enough to see off a valiant, Smith.

Tom Lonsdale, who lost out to Kevin Painter at the recent Plymouth Open, also got off to a winning start as he denied Wayne Thomas, 5-3. The outer ring proved costly for Thomas – who had a checkout percentage of just 18% as he lost out 5-4 in Bristol.

Keynsham Cricket Club Superleague player, Garry Harding, averaged 85.2 on his way to a 5-3 victory over George Gardner. Highbridge’s Gardner reached a final on the Development Tour last year, but three ton-plus checkouts from Harding of 100, 114 and 108 proved decisive.

The Bar501 iPlaster.com Premier League resumes next Wednesday. If you’re local to Staple Hill in Bristol and fancy watching some local talent on offer get yourself down to Bar501 – the home of darts in the South West.