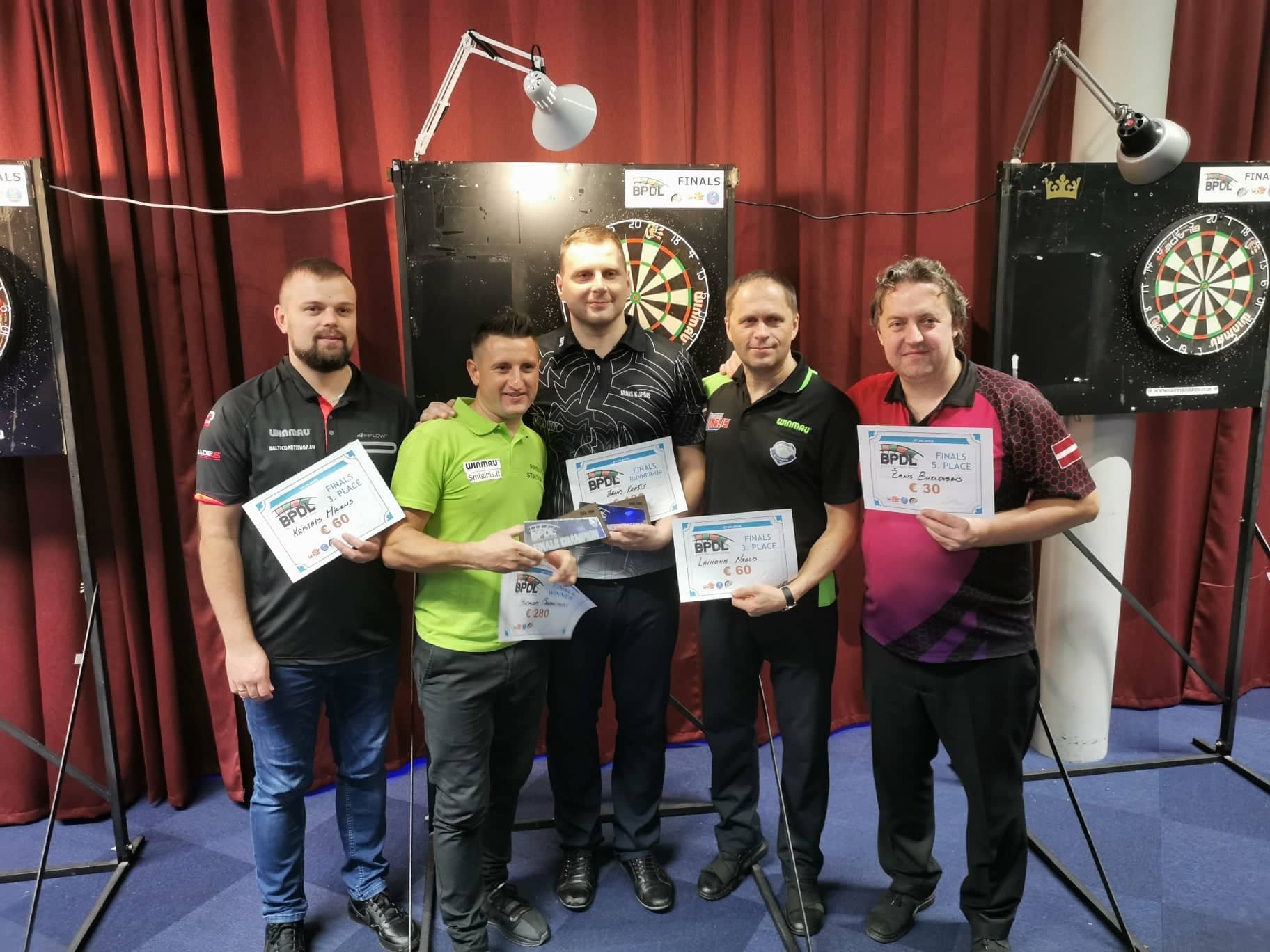 Mindaugas Barauskas has been crowned the 2019 Baltic Professional Darts League champion following a 10-7 victory over Janis Kupsis in the final in Riga.

The Lithuanian won through a cut throat afternoon of arrows in the Latvian capital, claiming the €280 top prize.

Barauskas raced into a 4-1 lead in the final against Kupsis before his opponent bought the game to within a single leg at 5-4.

However, Darius Labanaskus’ World Cup of Darts teammate won the next two legs to restore his three leg lead which proved vital with the remaining legs being split equally to claim the win in a low scoring affair.

Barauskas averaged 76.8 in the final whilst his Latvian opponent three dart average totalled 73.5.

The Estonian Open quarter finalist Barauskas made the final after beating Laimonis Naglis 9-4 in the semi-final. The Lithuanian won five of the opening six legs to break the back of the match hitting an 81.4 average in the process.

The other semi final saw Kupsis beat Mikus Kristaps 9-6. Two three legs runs at both the start and midway through the match saw the Latvian book his slot in the final with a 75.1 average.