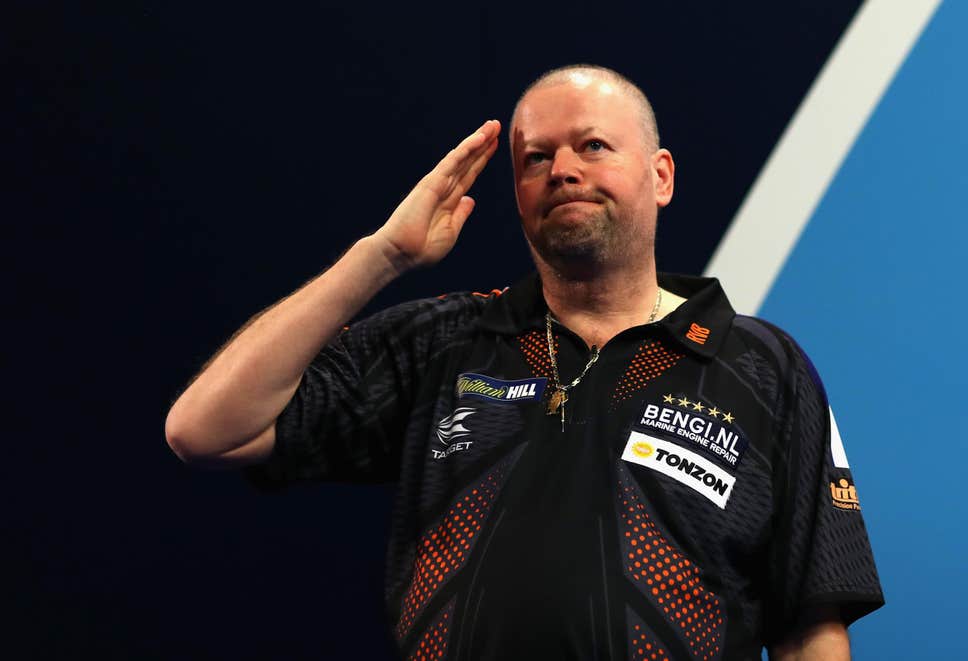 Barney turns on style in final tournament on home soil

Raymond van Barneveld averaged over 100 in a 6-4 win over Jermaine Wattimena to kick off his campaign at the World Series Finals in Amsterdam.

In his first stage tournament since reaching the final at the New Zealand Darts Masters, the 5-time World Champion moved through to the final day impressively to delight the 3000 home fans, who hope to see ‘Barney’ go all the way in his final PDC tournament in the Netherlands.

Van Barneveld broke Wattimena’s throw in the third leg and never gave the World Grand Prix quarter-finalist another chance, consistently holding throw with room to spare and closing out the match with a superb 11-darter to set up a meeting with Dave Chisnall in Sunday afternoon’s session.

Chisnall ensured that there would only be two seeds remaining in the last eight after his 6-4 win over European Champion Rob Cross.

RVB’s fellow Dutch star, Michael van Gerwen also progressed to the quarter-finals with yet another win over Gerwyn Price, who he is still yet to lose to in 19 games.

The Welshman has pushed Van Gerwen several times this year, but has avoided defeat just once with a draw in the Premier League, and once again he got into a great position at 4-2 up, only for the world number one came roaring back with back-to-back 12-darters to lead 5-4.

Price responded brilliantly with a 129 checkout, but ‘Mighty Mike’ found a last-dart double 16 to squeeze through 6-5 after ‘The Iceman’ criminally found treble 5 with his first dart at 121.

Elsewhere, Gary Anderson’s form took a turn for the worse, as he averaged just 71 and allowed Danny Noppert to ease to a 6-1 win.

‘The Flying Scotsman’ had been playing well without getting results lately, but failed to get going at all against ‘Noppie’, leading to rumours that he may pull out of his favourite tournament, the Grand Slam.

Defending champion James Wade was knocked off his throne by Jonny Clayton for the second week running, although this time it was much closer with ‘The Machine’ taking it all the way to a decider, only for former major finalist Clayton to find a 15-darter and book a quarter-final with Van Gerwen.

Brisbane Darts Master Damon Heta fell to a disappointing 6-3 defeat to Mensur Suljović, while in the same section of the draw, Krzysztof Ratajski saw off Daryl Gurney 6-4 to reach his first PDC televised quarter-final.

Ian White is much more experienced at that stage of TV tournaments than Ratajski, but is yet to get past the last eight, although he has a great chance on Sunday against Danny Noppert following a 6-2 defeat of Peter Wright.

‘Diamond’ stormed into a 3-0 lead, and was pegged back to 3-2, but produced an admirable performance to close it out comfortably.

Robbins and Murphy triumph at the Colorado Open