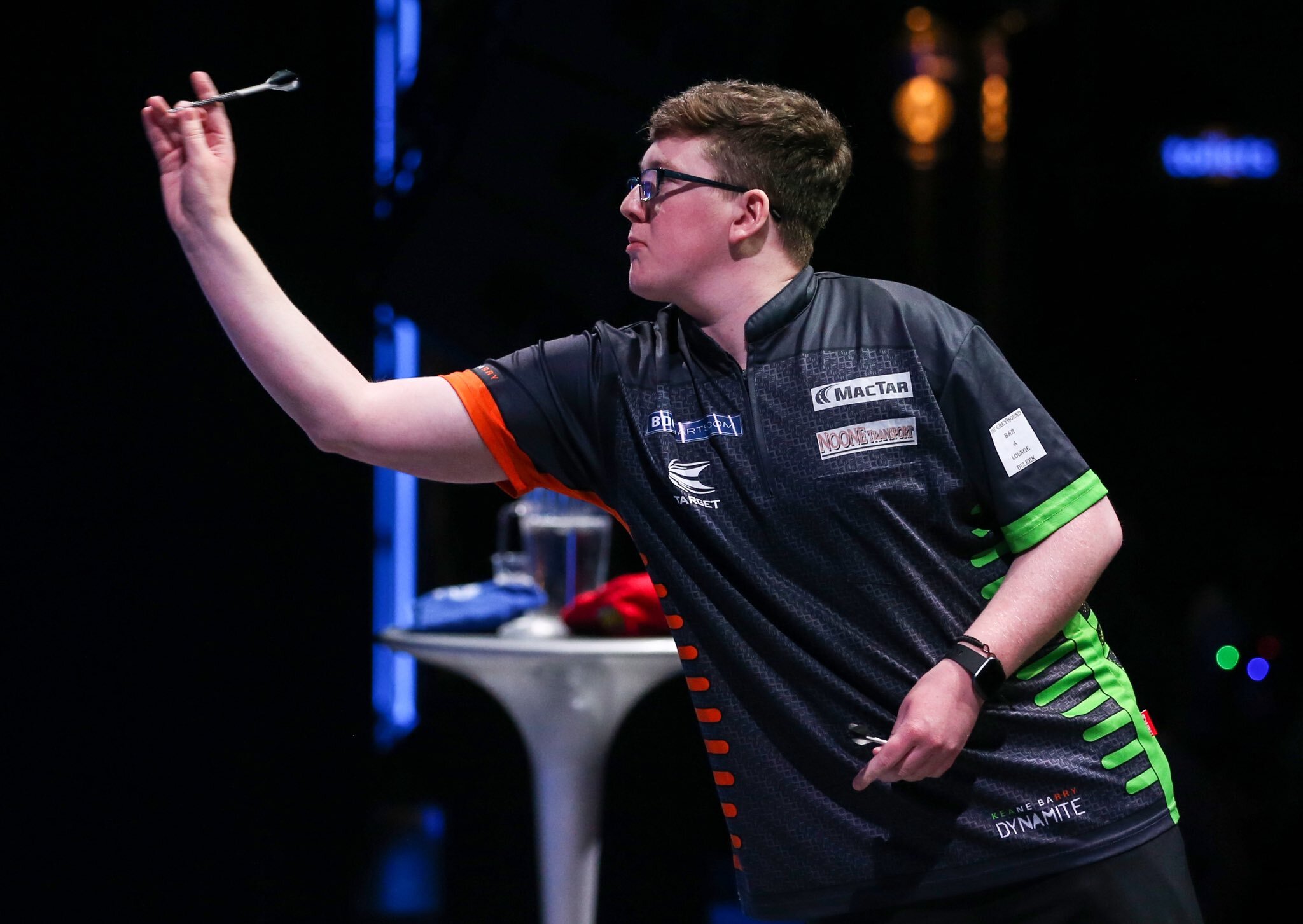 Keane Barry and David Evans claimed titles as the PDC Challenge Tour resumed at Barnsley Metrodome after an eight-month break.

Young Irishman Barry enjoyed a successful Development Tour weekend recently where he secured a two-year Tour Card, and he continued that momentum by beating Maikel Verberk in the final of Challenge Tour 5.

Later on Friday, Evans, who was impressive in the Modus Live League in the summer, doubled his tally of Challenge Tour titles by seeing off a resurgent Richie Burnett 5-4.

Matthew Dennant sits at the top of the Order of Merit ahead of Scott Mitchell, but it’s very close with 12 different finalists now from the six events.

In Event Five, Richard Veenstra and Nick Fullwell got off to flying starts with 100+ averages, while there were early defeats for Cameron Menzies and Diogo Portela.

BDO World Championship runner-up Jim Williams put in two big performances back-to-back to see off Robert Rickwood and Cody Harris, but there was no such luck for Justin Hood and Adam Huckvale as they were beaten in the last 64.

Alexandra Palace sensation Fallon Sherrock whitewashed Evans to back up an incredible 110 average against Perry Davonport, while Welsh youngster Lewy Williams amazingly topped that with a 117 against Burnett.

Those two met in the last 16, and Milton Keynes thrower Sherrock took it 5-3 to continue an eye-catching run. Kevin Painter saw off Mitchell in a high-quality contest to move into the quarter-finals, while Englishmen Chris Quantock and Brett Claydon embarked on their first big Challenge Tour run of 2020.

Dennant, Barry, Fullwell and Verberk all made it through to the semis, but it was the pair of former JDC World Champions that would contest the final, with Barry coming out on top from 4-3 down to win 5-4.

1995 Lakeside champion Burnett was looking to back up his solid start to the weekend, and defeated the dangerous Niall Culleton 5-1 with a 105 average. Evans and Eddie Lovely also impressed in the last 64.

Corrine Hammond fell at the last 32 after a good run, while Rusty-Jake Rodriguez saw off Michael Rasztovits in an all-Austrian clash.

Dennant and Mitchell both enjoyed runs to the last 16 in Event Six to keep hold of their places atop the Order of Merit, while Gilding and Evans looked to be the form players heading into the quarter-finals.

It was ‘The Prince of Wales’ and ‘Stretch’ who contested the final, and Evans won it with a 17-darter in the decider after another close game.

The Tyldesley man wins his first Challenge Tour title since 2018, while it’s a very promising day for Burnett, who we may still not have seen the last of on the big stage.

The action in Barnsley continues on Saturday with two more £10,000 tournaments.