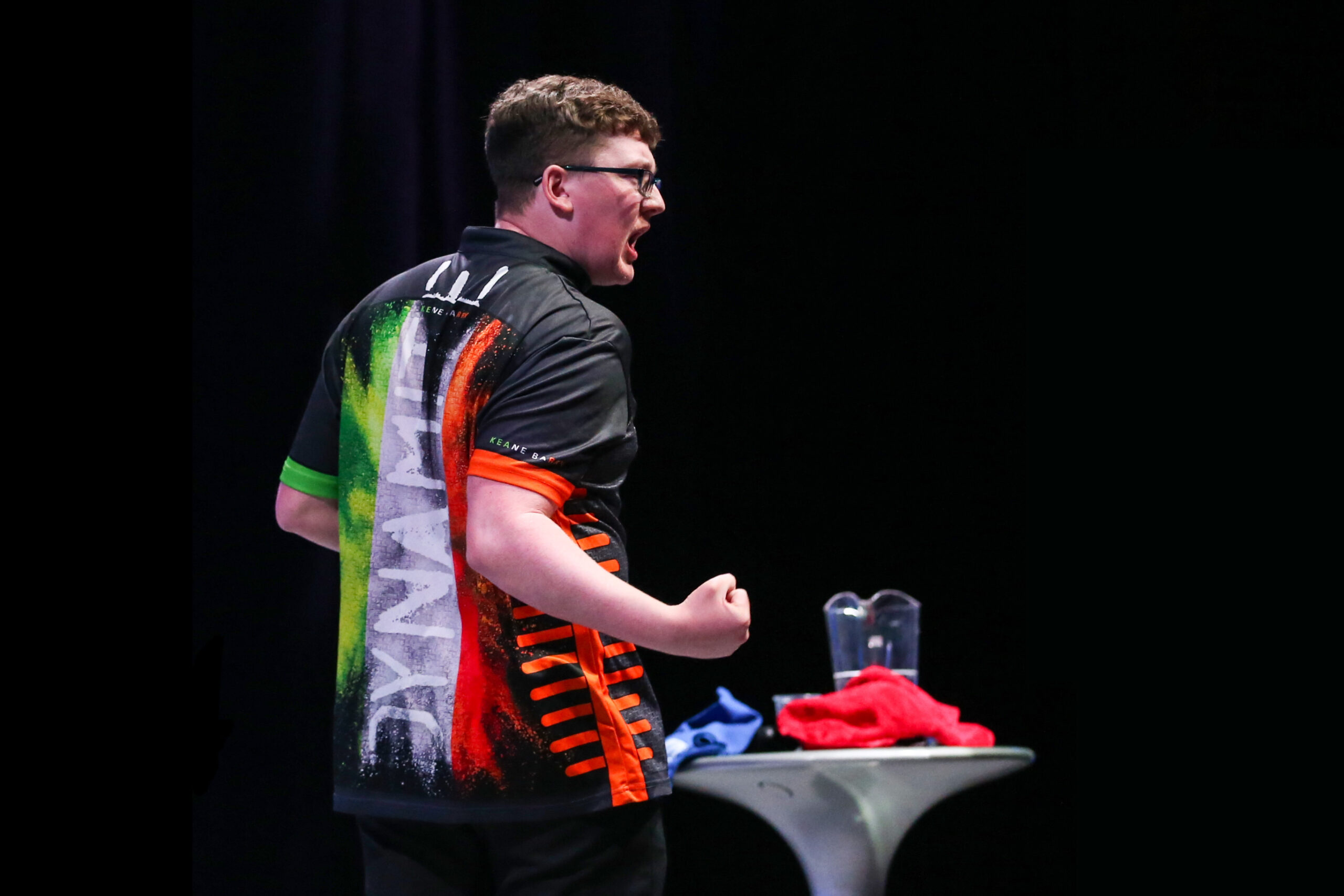 Keane Barry and Ted Evetts were victorious as the third and fourth of six successive PDC Development Tour events took place on Saturday in Barnsley.

Following the maiden successes of Dutch duo Kevin Doets and Damian Mol on Friday, another debut winner on the Development Tour was crowned in Ireland’s Keane Barry.

18-year-old Barry, the reigning junior world champion, won eight consecutive matches on Saturday afternoon to claim the £2,000 winner’s cheque and rocket himself up the Development Tour Order of Merit.

Barry now stands in good stead of securing both a tour card and a World Championship spot on Sunday evening after coming from 3-0 down to see off Ryan Meikle in the Development Tour Eight final.

Meikle wasn’t the only current tour card holder to be ousted by the prodigiously-talented Irishman, with Evetts, Bradley Brooks and Dutchman Niels Zonneveld also falling the hands of Barry.

Meanwhile, prior to being ousted in the second round by eventual champion Barry, Evetts added to his growing Development Tour honours haul with a remarkable 13th crown.

It was far the brilliance Evetts has produced in the past, and the 23-year-old was forced to come through two deciding leg tussles against Robbie Chalmers and Ben West to get his eventually victorious campaign underway.

He then completed comfortable wins over Benjamin Smith, George Killington and Geert Nentjes, before sealing his spot in the semi-finals with victory over Northern Irishman Nathan Rafferty.

Evetts would deny Event Six winner Mol in the last four, prior to overcoming the current Malta Open champion Joe Davis to claim the spoils and return to winning ways on the Development Tour.

18-year-old Dutchman Moreno Blom registered his first competitive nine-dart finish in his Event Eight second round victory over Brian Raman, before having his hopes scuppered in the proceeding round.

The remaining two Development Tour tournaments of this year take place on Sunday at the Barnsley Metrodome ahead of Monday’s World Youth Championship.