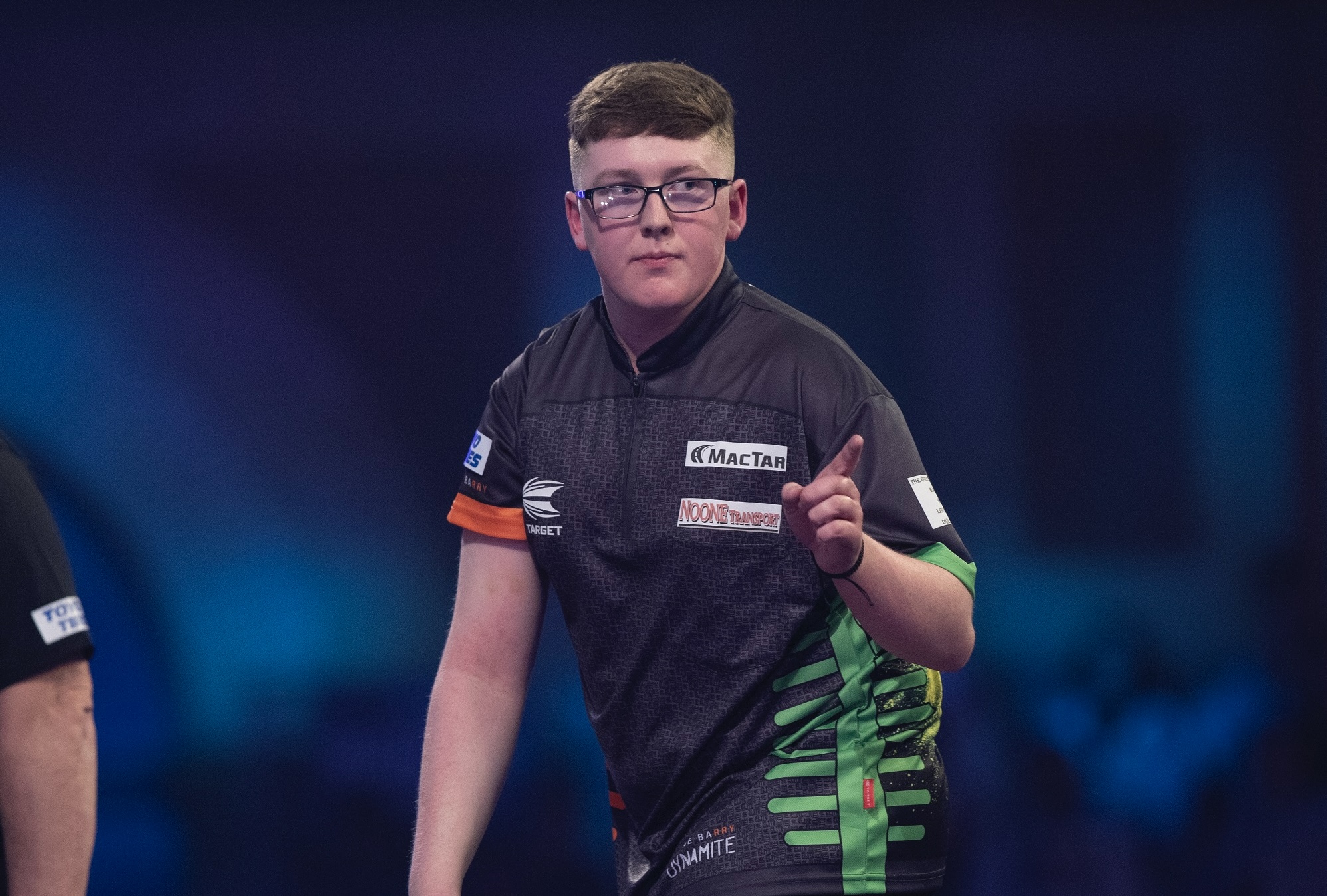 Reigning junior world champion Keane Barry will make his debut on the PDC ProTour next year after securing a maiden two-year tour card on Sunday evening.

Barry, who defeated Adam Gawlas at Alexandra Palace in December to lift the JDC World Championship, finished second on the 2020 PDC Development Tour Order of Merit.

The 18-year-old will now make his second World Championship appearance in December, before turning professional and mixing it with the world’s elite as of next season.

Meikle finished top of the Development Tour Order of Merit after winning two titles and reaching an additional two finals.

The Ipswich-based thrower now reaches the end of his Development Tour career at the age of 24, and will return to Alexandra Palace in December after qualifying for the sport’s showpiece spectacle.

Van Peer will return to the professional circuit after a four-year absence (Photography: Taylor Lanning)

Elsewhere, Dutchman Berry van Peer announced his return to the professional circuit after reaching four consecutive semi-finals at the Barnsley Metrodome on the all-important weekend.

Most widely known for his heroic efforts in overcoming the dreaded dartitis, Van Peer completed the ultimate recovery on Sunday as he regained professional status after finishing third in the rankings.

Both Van Peer and teenager Barry now qualify for the UK Open for a second successive year, joining an additional eight players from the Development Tour Order of Merit.

If Ted Evetts and Martin Schindler manage to keep their tour cards come the backend of this season, Keelan Kay and Brian Raman will also travel to Butlin’s Minehead Resort.

The updated and final standings following Event Ten in Barnsley

Click here for the full final Development Tour Order of Merit via dartsrankings.com