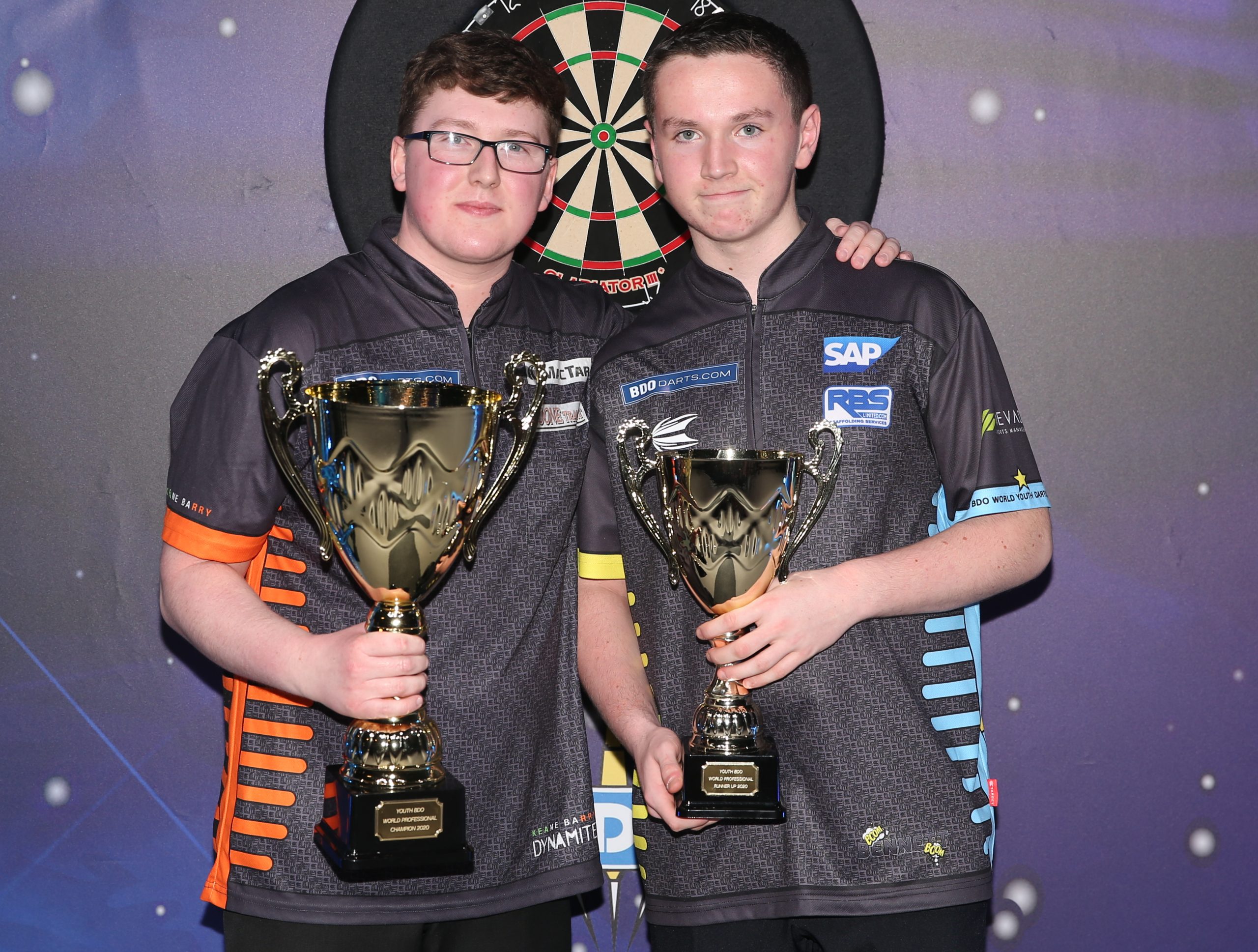 Keane Barry defeated Leighton Bennett 3-0 in a tremendous match to win the 2020 BDO World Youth Championship on day eight at the Indigo at The O2.

In the past the youth final has been played on the Thursday afternoon, but it was moved to Saturday to give both players a greater spotlight, and it was a brilliant decision as the two served up a rapid yet enthralling encounter.

Barry opened the final with a 17-darter on throw and while defending champion Bennett, who made history earlier in the week by becoming the youngest-ever player to compete in a World Championships, immediately hit back with a 100 out, Barry was able to get an important break of throw in the fourth leg to seal the first set.

The pair upped the ante in the second, with both registering their first maximums of the contest, however, Barry remained firmly in control, despite Bennett landing a glorious 149 checkout in the third leg.

The first four legs of the set went with throw but after both players had missed set darts, Barry took at double 10 at the fourth time of asking to move 2-0 up.

Barry, the reigning JDC World Champion, continued to edge Bennett in the scoring but on this occasion he didn’t need the break of throw, sealing the deal in the fifth leg of the set.

The 17-year-old had missed match darts in the fourth leg, after Bennett wired a 142 checkout to keep himself alive, though, Barry made no mistake and secured another trophy for his ever-expanding cabinet, averaging 90.54 in the process.