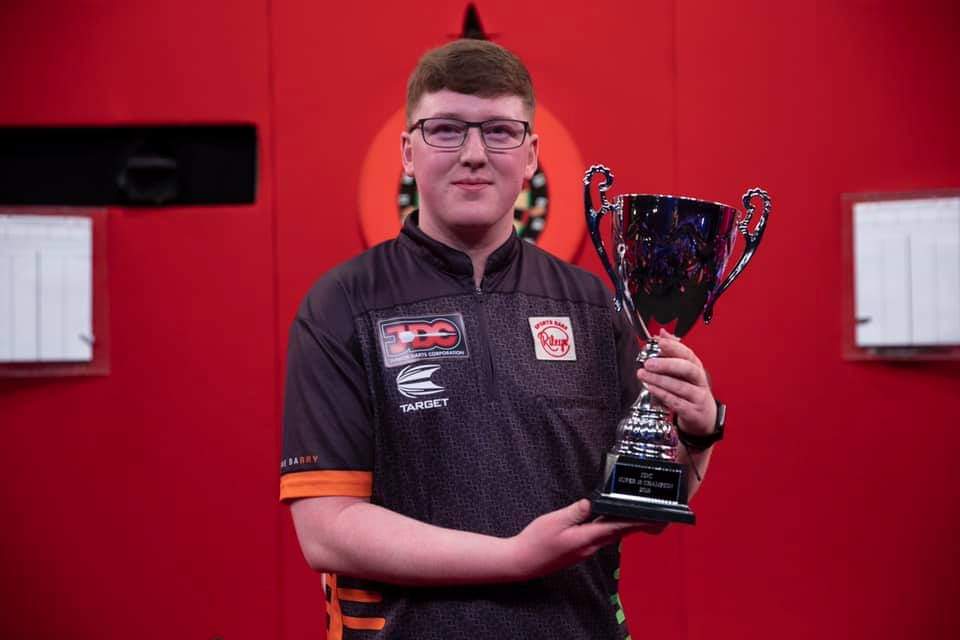 Having already lifted both the International Open and the Junior World Championship in the space of a few months within the JDC system, 17-year-old Barry continued his dominance with another big stage success.

The prodigiously-talented Irishman defeated 13-year-old Littler 5-3 in the final, averaging 95.6 and pinning a scintillating 152 checkout.

“It’s nice to go out with a win in my last JDC event,” Barry told pdc.tv. “It’s an amazing feeling to play well up on the big stage and it’s a feeling I want more of.

“I feel comfortable playing on stage now, I think that probably played a big part in the game today but Luke is a brilliant player and he will go far.

“I’m going to play in the Development and Challenge Tours in 2020 and hopefully keep progressing through the ranks.”

Barry had already beaten both Dylan Dowling and his countryman Sean Cummins in the earlier rounds – which were held at Rileys Sports Bar in Wolverhampton.

‘Dynamite’ now bows out of JDC action, with his attentions turning towards the senior game and what success awaits him via the Challenge Tour and the Development Tour.

As for Littler, he was making his big stage debut, with many more appearances in front of large audiences potentially becoming a more regular feature for the 13-year-old in the near future.

Warrington’s Littler had already defeated both Alfie Jacques and recent nine-dart hero Nathan Care to book his place on the Milton Keynes stage.

The Junior Darts Corporation now heads to Worcester as the Scott Farms International Junior Tour resumes on February 15, with all youngsters aged between 10-18 being welcome to participate.

Nathan Care, who pinned a nine-darter, was victorious during the opening weekend of the season, being joined by Luke Littler in the winners’ circle.