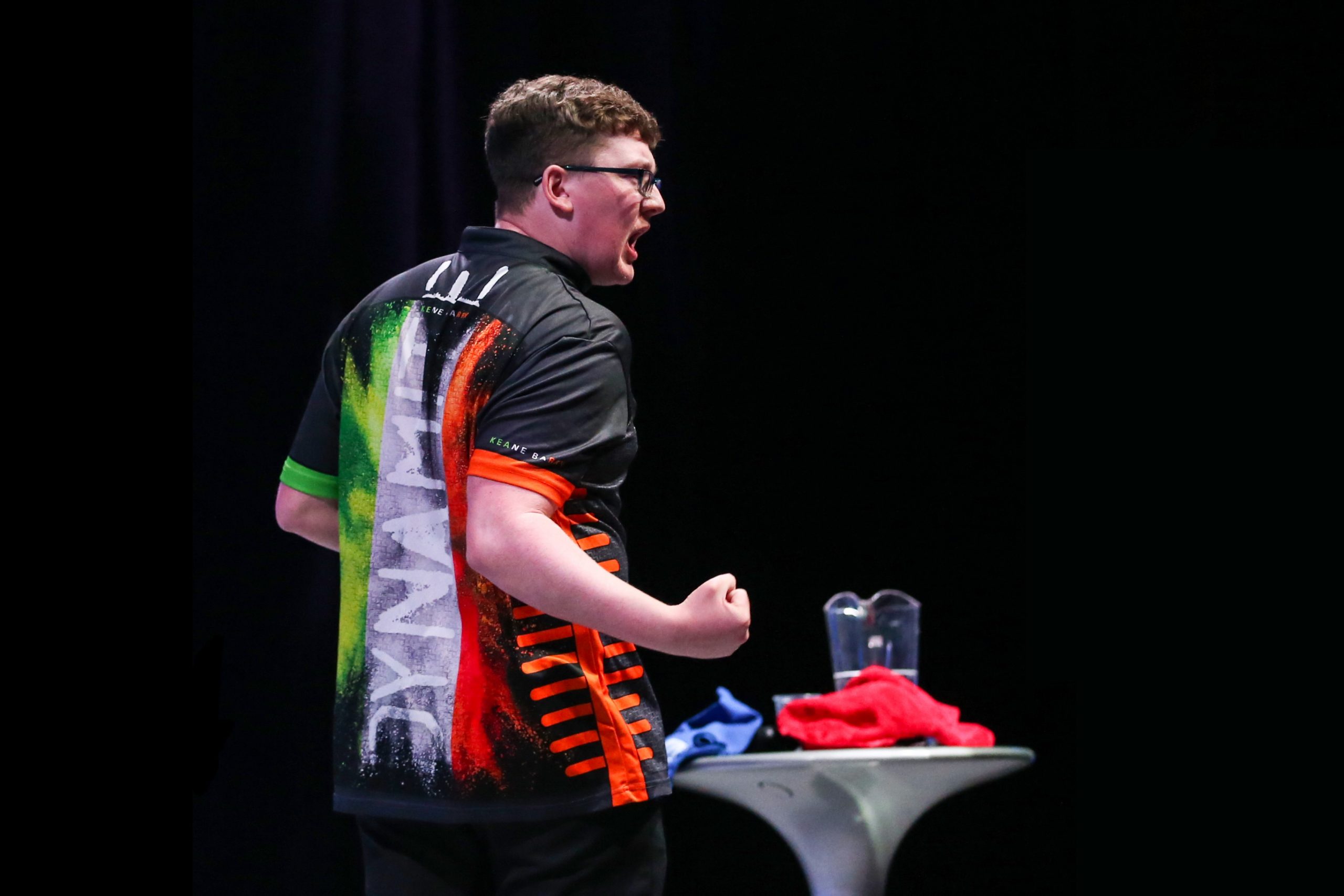 Barry entered the fray from his Duleek home on his 18th birthday on Thursday morning and has since finished second on debut and claimed three titles on the bounce.

The reigning BDO world youth champion overcame fellow emerging youngster Jarred Cole in a straight shootout at the culmination of the afternoon to seal top spot.

Cole, who has reigned victorious on one occasion since daily titles were brought into fruition, constructed a 2-0 advantage in the early stages of the decider.

Barry subsequently reeled off three legs in succession to lead for the first time, only for Cole to respond with two of the next three and checkouts of 156 and 98 to force a deciding leg.

Both youngsters left ton-plus combination checkouts after four visits to the oche, though, the eventual table-topper denied his opponent a shot with a mesmerising 142 checkout.

Earlier on in the day, Barry pinned a 139 checkout in his opener as he pulled off an impressive victory over three-time world champion Martin Adams.

He then endured his first and only defeat of the campaign at the hands of Grand Slam of Darts participant Dave Parletti in a below-par display, before immediately returning to winning ways in a 5-1 thrashing of Jose Justicia.

Barry recorded an imposing 97.53 average and a checkout efficiency of 71 per cent in convincingly brushing aside the Spaniard, prior to ousting Russian number one Boris Koltsov to keep his hopes in the balance.

Both players averaged in excess of the 95 mark, but Barry’s marginally superior scoring proved decisive in the eventual outcome as he fired home three maximums.

Elsewhere, below Barry in the table, three players were tightly grouped and separated by leg difference only, with 64-year-old Adams pipping Cole and Koltsov to a second place finish.

Hedman reflects on her experiences with racism whilst playing competitively