Keane Barry and Callan Rydz doubled their title tallies as the 2020 PDC Development Tour season reached its climax on Sunday at the Barnsley Metrodome.

Barry, who claimed his maiden Development Tour accolade on Saturday afternoon, did the double and claimed both a World Championship spot and a coveted two-year PDC tour card in the process.

The reigning junior world champion breezed into the quarter-finals with a series of solid showings, dropping a mere two legs in emphatic victories over Rory Jolly, Frederick Still, Joshua Lloyd and Justin Smith.

Barry then recorded an impressive 99.4 average in seeing off Harry Ward and whitewashed Event Six winner Damian Mol, before defeating Ryan Meikle in the final for a second successive tournament.

Both Barry and Meikle pinned four maximums apiece and averaged in excess of the 100 mark, but it was the Irish teenager’s marginally superior finishing which proved pivotal in a closely contested final.

Meikle reached his fourth final of the year en route to topping the Development Tour Order of Merit and therefore clinching his second World Championship appearance. 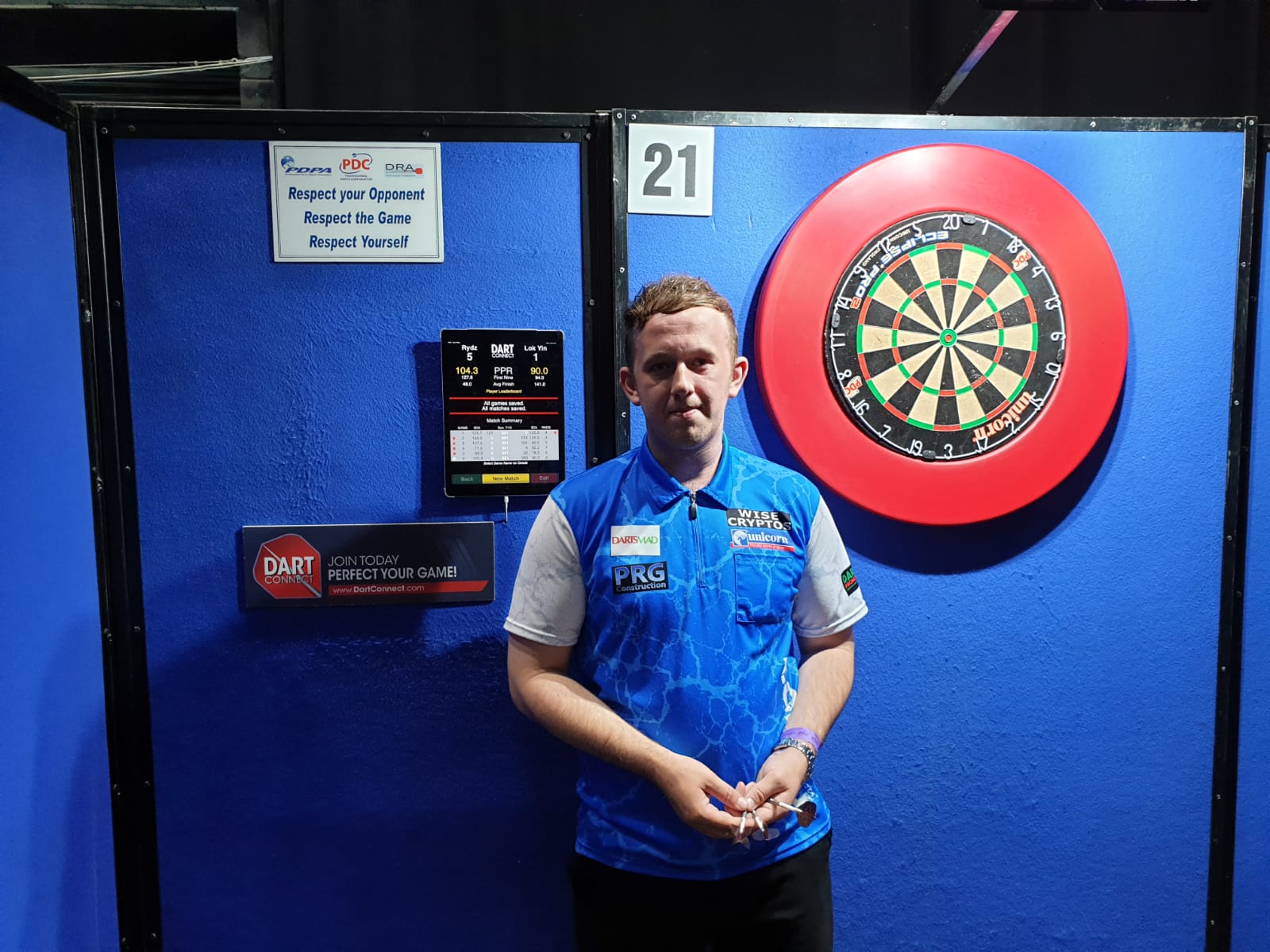 Afterwards, Callan Rydz claimed his second title in the final Development Tour event of the year, clocking three ton-plus averages in a remarkable string of performances.

The Bedlington-based thrower then brushed aside Jack Main, prior to surviving two match darts in a deciding leg quarter-final victory over 18-year-old Barry.

From there, a relentless Rydz raced to the title with back-to-back ton-plus averages in denying both Dutchman Owen Roelofs and Hong Kong’s Lok Yin Lee.

A valiant Lee became the first Asian player to reach a Development Tour final as he defeated the likes of eventual table-topper Meikle, Berry van Peer and Joe Davis.

Van Peer’s resurgence resumed as the Dutchman reached his fourth semi-final in succession on his way to joining Barry in securing a coveted two-year tour card.

The Development Tour now concludes for this year, with the tenth staging of the prestigious World Youth Championship taking place on Monday at the Barnsley Metrodome.