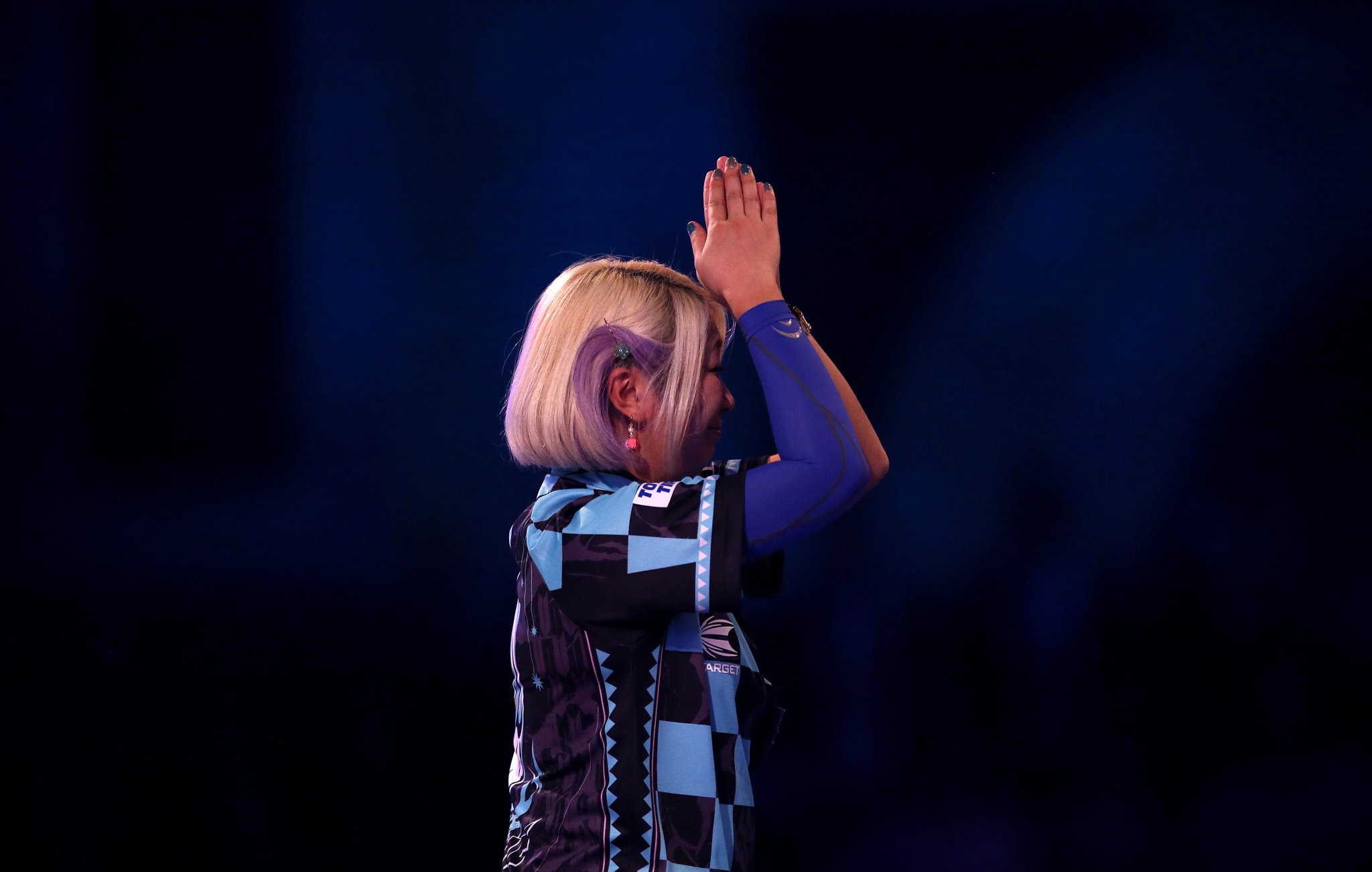 A reigning women’s world champion, two legends of the sport, a Romanian and a former world master are among those gracing the Indigo at the O2 stage on Monday.

Scott Waites and Martin Adams also lock horns in a mouth-watering affair for various reasons, while Gabriel Pascaru becomes the first Romanian to step foot on the World Championship stage.

Gabriel Pascaru has firmly become the leading light of Romanian darts within the past twelve months or so, the Piatra Neamt-based ace faces a somewhat unknown quantity in Glastonbury’s Justin Hood.

Following the creation of history from Thibault Tricole in becoming the first Frenchman to play at the World Championship and win on the stage, Pascaru carves a slice of history in his own accord.

The Romanian lifted titles in Hungary, Russia and Ukraine during a stellar year, and comes into the biggest tournament of his career in fine fettle, having won the Russian Open and reached the final of the St Petersburg Open just last month.

The world number 59 has competed on the BDO circuit across the continent over the last year or so – the complete opposite to his opponent.

Speaking to dartsplanet.tv ahead of the tournament, he said: “I can’t wait to make my World Championship debut. It’s going to be a massive opportunity for me to show people what I can do on the board.”

David Cameron will make his seventh successive BDO World Championship appearance, facing Nick Fullwell in the first round – formerly known as the preliminary round.

In his previous six Lakeside pilgrimages, Cameron has progressed further than the preliminary round on only two occasions, with his best run coming last time around, reaching the second round, before losing in a closely contested tie with Kyle McKinstry.

‘Excalibur’ lifted three BDO ranked crowns last term, including his second successive Hub City Open, as well as reaching the final of the prestigious Canadian Open, being denied by Jeff Smith in the final.

Cameron’s opponent, Fullwell, was a runner-up at the Lincolnshire Open earlier this year, and reached the quarter-finals of the West Midlands Open, taking place virtually on his doorstep.

The world number one takes to the stage, hoping to bounce back from three consecutive early exits at the BDO World Championship.

An abrupt move away from the famous Lakeside has probably come at a perfect time for the Dutchman as he searches for that illusive maiden major title, having been amongst the winner’s circle on the circuit for a number years.

Harms lifted six ranking titles in 2019 alone, including titles in four different countries, and remains comfortable as the BDO’s number one in the world.

As for Sweden’s Harrysson, he became the first of Swedish descent to grace the O2 stage, having knocked out World Masters champion John O’Shea at the first hurdle.

Harrysson oversaw a mid-match comeback from the Irishman to progress to the second round on his World Championship debut.

His most significant run on the circuit last year came at the Denmark Masters in which he reached the semi-finals.

Andy Hamilton will certainly be pinning his hopes upon gaining his first BDO World Championship victory, after performing rather poorly on debut last January.

He took to the stage on the Monday on his previous appearance, and struggled, though, he will not have the pressure of playing at the famous Lakeside this time around.

Since reaching his maiden BDO ranked final at the Welsh Open almost two years ago, Hamilton followed up that run with a similar one in the West Midlands in August.

‘The Hammer’ has played at the O2 Entertainment Complex before, having reached the Premier League of Darts semi-finals in 2012, losing to Simon Whitlock.

Things won’t be made especially easy for Hamilton, with WDF World Cup champion Darren Herewini gracing the stage alongside him.

Herewini made light work of Simon Stainton in the first round. The New Zealander denied the left-hander 3-1, averaging 87.3 in a solid performance, despite not particularly needing to get out of first gear.

Reigning women’s world champion, Mikuru Suzuki, will begin her title defence against Maria O’Brien – who she defeated in the semi-finals during her monumental Lakeside success.

Suzuki become the first Asian darting world champion of any accord, denying Lisa Ashton, Sharon Prins, O’Brien and Lorraine Winstanley en route to a miraculous triumph, after winning through the play-offs in Bridlington.

Since last January, Suzuki has lifted the prestigious Dutch Open, Swedish Open and the Pacific Masters, whilst rising to world number five in the ladies’ rankings.

Devon’s O’Brien lifted her maiden BDO ranking title in February of last year in Slovakia, and doubled her honours tally with a more recent scalp in Ireland.

Both Suzuki and O’Brien have collided since their enthralling World Championship meeting in January of last year, with the 37-year-old from Takamatsu easing past O’Brien en route to being crowned the WDF World Cup champion in Romania.

Scott Waites and Martin Adams are two legends of the sport, not only in the BDO, but the sport as a whole. It’s without a shadow of doubt one of, if not the most appetising match of the second round.

This particular collision decided both major and ranking titles around eight or nine years ago, and despite 63-year-old Adams being now far from his peak, it remains a mouth-watering contest.

‘Wolfie’, himself, needs no introduction. The three-time world champion is one of the greatest ever to grace the sport. He qualified for his 26th World Championship thanks to reaching the Welsh Classic final, having in January of last year missed his first tournament since 1993.

Adams has been eliminated at the first hurdle in two of his previous three World Championship appearances, while his opponent Waites has lost out in the first round – now second round – just once, despite playing in the tournament annually since making his debut in 2008.

The 42-year-old made history just over nine years ago in becoming the only BDO representative to lift the prestigious Grand Slam of Darts, and has since then claimed the World Championship title on two previous occasions.

Waites’ solitary victory of last year came at the Isle of Man Open, though, the Halifax man was a beaten finalist at both the World Championship and World Masters.

Adam Smith-Neale’s debut last time round was a nightmare occasion for himself. He averaged 66.54 amid breaking his leg prior to the tournament, after reigning victorious at the prestigious World Masters.

Since his famous triumph in Bridlington – where he defeated Glen Durrant in the final – Smith-Neale had not lifted a BDO ranking event until August, defeating David Evans in the French Classic final.

The major champion will face Paul Hogan in the second round, with ‘Crocodile Dundee’ having already become friendly with the stage after brushing aside Belgium’s Brian Raman on Sunday evening.

Hogan averaged 88.51, pinned six maximum and a 158 checkout during a relatively comfortable victory over Raman.

The Basingstoke delivery driver recently reached a first BDO ranking final for over a year at the Northern Ireland Matchplay, being denied by 17-year-old Keane Barry in the final.