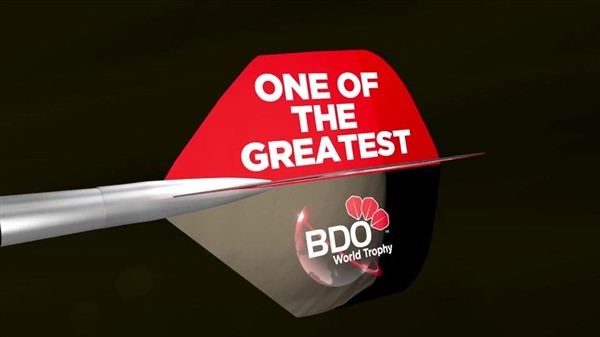 Much like in previous years, it did seem for a time that this year’s tournament was in jeopardy, but we now know that the event will be played at the King George’s Hall in Blackburn, Lancashire. The prize fund for the 2019 competition will be the same as it was in 2018; the men’s winner will take home £8,000 and the ladies champion will pocket £3,000. Eurosport will televise the three days of tournament action.

Glen Durrant lifted the title last year in Preston but he will not be there to defend it in 2019 following his switch to the PDC. The man he beat last year in the final, Michael Unterbuchner, will be in Blackburn though and will enter the tournament as fifth seed. The talented German thrower still only has one BDO ranking title to his credit, but he thrives on the stage and will be among the tournament favourites.

Top seed in 2019 will be Richard Veenstra, who missed the 2018 tournament owing to a prior family commitment. ‘Flyers’ has the big tournament experience in the BDO, being a former World Championship semi-finalist, and the mercurial Dutchman enters the tournament having won the Dutch Open and Isle of Man Classic already in 2019. He can blow hot and cold, and the 38-year-old is winless in his two previous World Trophy appearances, but Veenstra has a strong chance of lifting the title come September 1st.

The two big favourites for the competition, however, will be Wesley Harms and Jim Williams. Harms, third seed in this event but current BDO World number one, has taken up the mantle left by the departures of Durrant and Mark McGeeney to become the most dominant player on the circuit in 2019. ‘Sparky’ is a big scorer and has won four ranking events in 2019, making two further finals, but he has often struggled for consistency in televised events and it remains to be seen how he will cope with the added pressure of being a favourite in this event.

It has been a different story for Montgomery and Radnor’s Williams, who seems to be peaking at the right time after a slow start to the year. The disappointing of Q-School seemed to dog ‘The Quiff’ in the early months of 2019, but he has found form in recent months, making the Welsh Open final before triumphing in the England Open and Gold Cup singles. Williams has gone from strength to strength in the TV events over the last couple of years and he looks poised to break through in Blackburn.

Surrey postman Dave Parletti is making his World Trophy debut this year, but he is one of several dark horses who could go all the way. Parletti has picked up two ranking titles this year in Romania and Wales, also reaching the semi-finals in both Assen and West Fries. The Architect, seeded sixth, has a delightful action and more than enough talent to go deep.

Willem Mandigers will also be one to watch after producing probably the most consistent spell of his career to date. After an impressive run to the quarter-finals at Lakeside in January, Mandigers has reached three ranking finals in 2019, notably reaching two finals in one weekend in Denmark, only to be edged out by Wesley Harms and Brian Raman. He is a superb combination finisher, and in a matchplay setting like that at the World Trophy, that could give him a crucial edge.

A product of the tournament cut-off being in April, Northern Ireland’s Kyle McKinstry is seeded 16th despite now sitting 37th in the men’s BDO rankings. ‘The Village Man’ throws quickly and has often produced his best stuff in the BDO’s bigger events, reaching the quarters at this event last year and at the Worlds in January. In 2019, McKinstry has reached two quarter-finals and a final on the Challenge Tour, which uses the best-of-9 format, which should put him in prime position to impress once more. His opponent, Nick Kenny, has had a strong season this year, winning two ranking titles and that match promises to provide fireworks.

Belgium’s Mario Vandenbogaerde has had a meteoric rise since coming out of retirement last May, and his powerful scoring could see him surprise a few people, whilst the tall unseeded Dutchman Martijn Kleermaker has been one of the most impressive players on the circuit this year and will be a name most will hoping to avoid in the first-round draw.

Seeds Gary Robson and Ross Montgomery have not had hugely impressive 2019s and could be facing another early TV tournament exit, whilst Derk Telnekes has played very little this year since reaching a final in Romania in January. The 24-year-old has got commitments off the oche with a young child and has often looked as though his mind has been elsewhere recently, which could see him face an early flight home.

Reintroducing the international qualifiers this year offers a level of intrigue. Paul Hogan is a known commodity and an experienced veteran capable of high averages, whilst Sebastian Steyer has really come on this season and recently acquitted himself well on his PDC European Tour debut. Australia’s Justin Thompson has been a regular in BDO TV events over the last 18 months and given that most Darts Australia events end with best-of-13 games, ‘Thommo’ has the relevant experience to cause a shock or two.

In the women’s competition, defending champion Fallon Sherrock has a good chance of retaining her title. The Buckinghamshire ace has had a strong 2019, winning three ranking events and reaching a further four finals whilst also playing top-level international soft-tip darts.

Lisa Ashton has not been anywhere as dominant as in previous years, winning just the Scottish Open this year, but the ‘Lancashire Rose’ is still World number one and top seed for this event. The big occasion suits Ashton and she will, as always, be very hard to bet against, irrespective of who she’s facing in the tournament.

On form, many would tip Beau Greaves to win the event, but unfortunately the early cut-off and the BDO’s rules regarding the minimum age for entrants in the pre-tournament qualifier mean the 15-year-old sensation will miss out in 2019.

The emergence of Mikuru Suzuki and the improvements made by Laura Turner and Maria O’Brien in 2019 certainly make the ladies tournament feel more open than in past years, with it evident that anyone in the field can beat anyone else. Anastasia Dobromyslova has that higher gear to go to when it counts, which makes her a good bet, whilst Deta Hedman has been in impressive in recent months, rolling back the years to produce some exceptional performances.

Whoever triumphs in either competition, they will have had to play very well to do so and it promises to be a fascinating three days of action in Blackburn later this month.