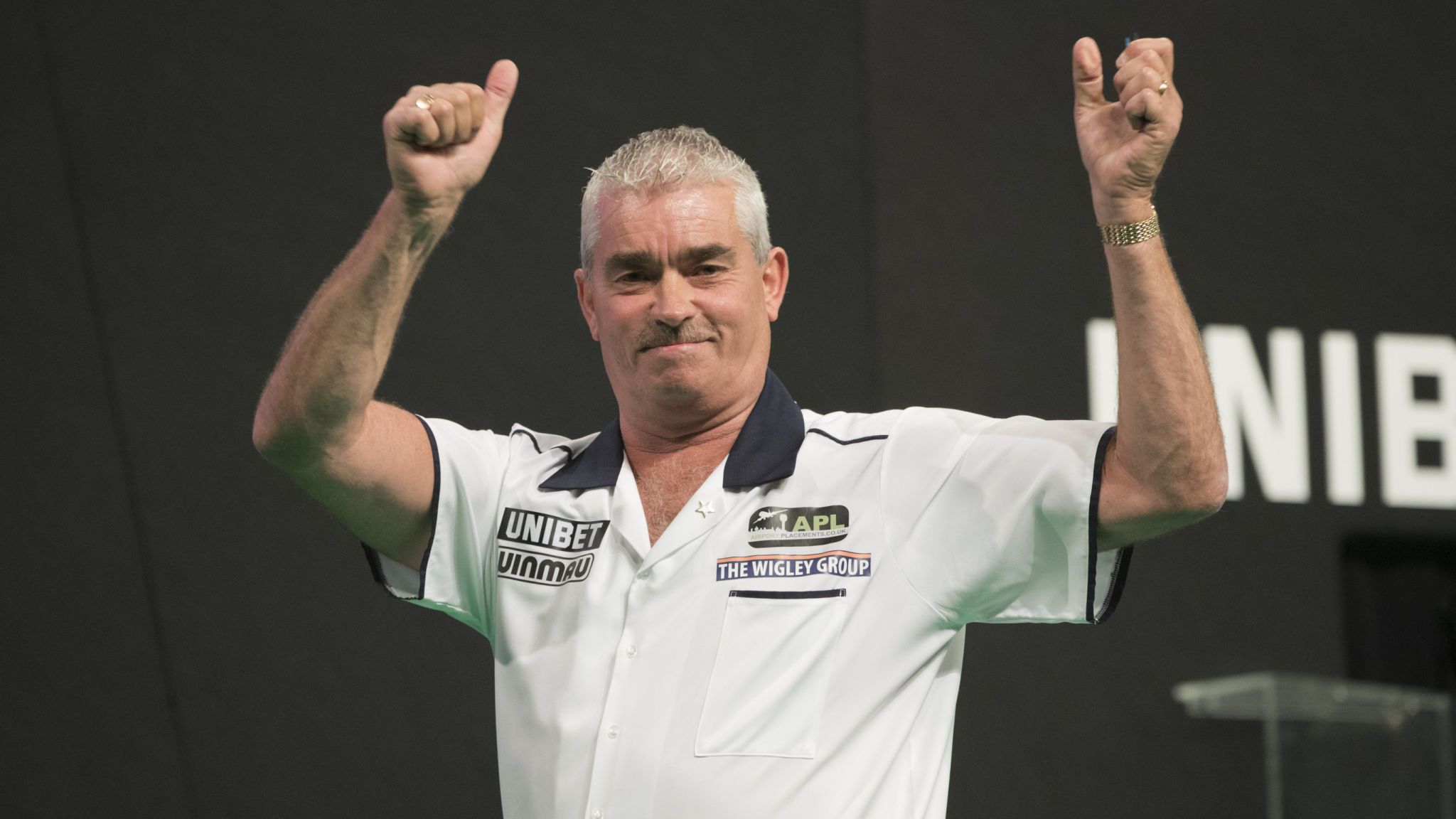 Beaton rolls back the years as MVG breezes through

Steve Beaton rolled back the years to send James Wade crashing out of the World Darts Championship on Day 10 of the tournament.

Wade gave himself some hope at 2-1 and 3-2, but Beaton went on to seal his place in the last 16 in the sports showpiece event for the first time since 2004.

Beaton seized the initiative early on in the game, with the contest being one which slowly simmered to the surface, taking the opening set with a 91 average.

The Machine came back out the traps firing on all cylinders with back to back outshots 125 and 122 to put himself in control of the second set.

But when you thought the set was all in Wade’s grasp three darts to win came and went with the Adonis swooping in to double his advantage.

The 1996 BDO World Champion looked as if he was rolling back to those glory years when he knocked in a 100 outshot to win the opening leg of set three, and put Wade in heaps of trouble.

But, a missed set dart for 3-0 was missed by the Adonis with the Machine stepping in on tops, the same double missed by his opponent, to half the deficit.

After missing four darts to take the fourth set into a last set shootout, Beaton stepped in to take a 3-1 lead.

But, after the mid game interval Wade posed a huge question to the World Number 24, winning the fifth set 3-0 with a 104 finish to seal it.

As he clawed himself closer to the finishing line, Beaton hit outshots of 70 and 86 to go within a leg of the win.

A leg later that victory would be secured as the Machine’s long and arduous wait to win the biggest title in the sport once again fell by the wayside.

The World number 32 took two of the sets to deciders but couldn’t get over the line as inconstancy plagued his game with the reigning champion.

Despite feeling uncomfortable on the stage due to the heat and the movement of one of the production cameras, MVG secured his post Christmas date with Stephen Bunting with back to back 118 finishes to face the Bullet on Friday Night.

Kim Huybrechts showed that following years of heartbreak both on and off the oche, he is back to his best with a clinical display to see off Dutchman Danny Noppert 4-2.

Despite averaging 112 in set 2, the Hurricane found himself go 2-1 down.

But resilience was key for the Belgian, with a clinical display on his doubles, 58% in total, alongside a 95 average to depose of the former BDO World finalist.

Nathan Aspinall beat Krzysztof Ratajski in a last set thriller to cap off the afternoon session.

The Asp averaged 98, with his opponent also averaging just under the ton, hitting eight 180’s and hitting a 118 checkout to secure his passage in the last 16 as he looks to rekindle his semi-final run from 12 months ago.

Tomorrow sees the last day of Darts before the traditional Christmas break.