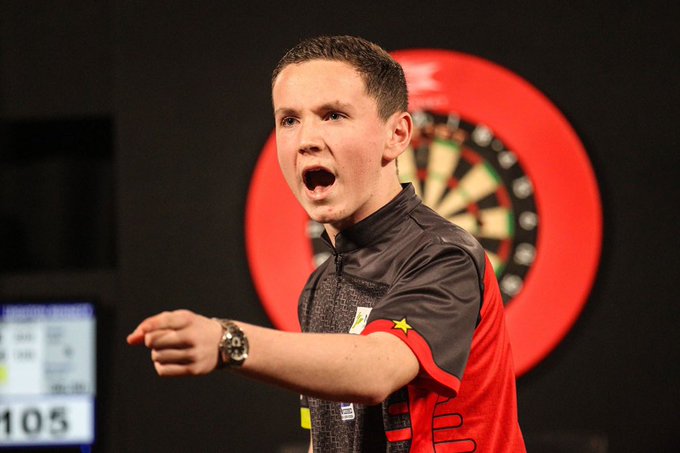 Five singles competitions were played at the BDO Youth Festival in Essex this weekend, with each throwing up a different winner.

In 2018, Adam Smith-Neale won the Men’s 18-25 singles to book his place at the World Masters. The Warwickshire ace went onto to masterfully win that competition in Bridlington and now Brian Raman will be hoping to do the same this year.

The Belgian came through a small but competitive field of 36 players to pick up the title. All four quarter-finals went the full five legs, with Raman overcoming Luke Simmons to join Rhys Hayden, Joe Russell and Jack Main in the semis. A 4-1 win over Hayden followed in the semis, with Raman recording the same scoreline in the final as he beat Jack Main.

Jack Main would not go home empty-handed though, as the Norwich-based youngster won the final tournament of the weekend, the mixed 18-25 singles, after a series of impressive performances. Main, who is mentored by PDC star Darren Webster, beat Connor Levett, Hayden and Surrey’s Connor Scutt on route to the final, where he fired in an 87.12 average to beat Isaac Weaver 4-0.

In the events for the younger players, Leighton ‘Boom Boom’ Bennett had been expected to dominate. In the festival’s opening event, the first of two under-18 competitions, Bennett reached the final but ultimately came up short against Connor Pickett of the West Midlands. Pickett was seriously impressive in the event, beating Mitchell McCarthy and Nathan Potter before his final match with Bennett, where he raced into an early lead. Bennett pulled it back to 3-3, only for Pickett to then hold his nerve and nail a 20-darter to win the match 4-3.

Bennett was beaten in the quarter-finals of the British Teenage Open, as Newcastle thrower Jack Male emerged victorious. Male beat the likes of Daniel Webb, George David Lynch, Bedforshire’s Joseph Reid and Pickett to reach the final. In that game, which went right down to the wire, Male faced Potter, who had already beaten Bennett and 2018 JDC World Championship runner-up Lennon Cradock, with ‘Maestro’ winning 4-3.

Cambridgeshire’s Bennett would taste victory in his final event of the weekend, winning the second mixed under-18 challenge competition. He got revenge on Potter in the semi-finals to set up a meeting with fellow England youth international Brad Phillips, where ‘Boom Boom’ triumphed 4-1, averaging 83.91 in the process.

Although turnouts were a little lower than expected, it was still a good weekend of action in Colchester and it was fantastic that the BDO were able to keep the Youth Festival on the calendar. The game is certainly in strong hands if this weekend is anything to go by!