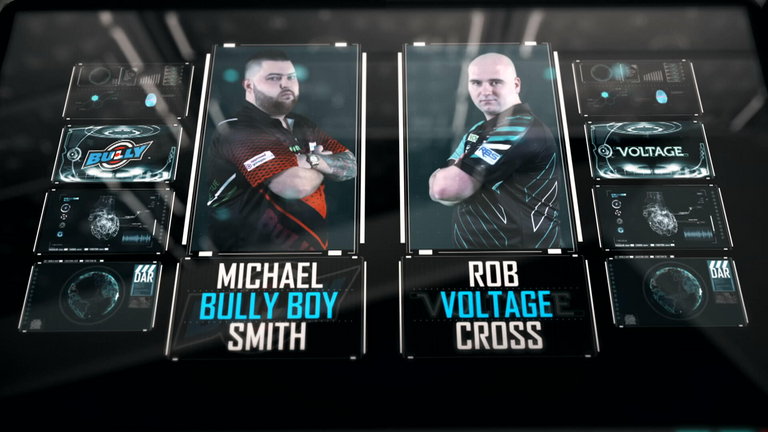 And so, after eight remarkable days of darts, we are left with the two men that will play a best of 35 legs (or more if needed) final for £150,000 and the Phil Taylor Trophy, as the Betfred World Matchplay in Blackpool reaches it’s conclusion.

Only Rob Cross and Michael Smith remain at the Winter Gardens, and both have come through trials and tribulations to reach the showpiece.

For Cross, he will be on an unbelievable high, in not only coming through a Friday night thriller against Stephen Bunting, but more so in coming back from the dead to reel off eight straight legs in defeating Daryl Gurney to reach this stage. It has got more and more difficult as the week has gone on for Cross, after routinely despatching Chris Dobey (10-3) and Krzysztof Ratajski (11-5) in the earlier rounds.

“Voltage” will hope to finally add to his magnificent 2018 World Championship tonight, and has maintained consistent form in 2019, reaching both the finals of the Premier League and UK Open. Could it be third time lucky tonight for the Hastings battler?

Michael Smith seems to have peaked at exactly the right time in this event, and will be fully confident that he finally can capture a TV “Major” in Blackpool tonight.

Smith was like a runaway train early on in his semi final with Glen Durrant, never really looking back after building a massive 9-2 lead. His scoring was almost unstoppable, and his doubling a lot more consistent than before. Smith seems to get second winds in matches, as he did when coming back from 6-3 down to beat Jamie Hughes in round one. He was forced to go to overtime with Max Hopp (12-10) in the last 16, before withstanding a Mervyn King fightback in the quarters, coming through 16-11 in the end.

The St Helens man is on fire currently, and a TV title is long overdue, can tonight be the night that he makes the breakthrough?

Prediction: The two best players are rightly meeting in the final, and I expect it to be a game that ebbs and flows, with both players in good form. Cross will obviously want to start the final how he finished his semi final, and he will need to, to stop Smith running away with the contest early. Cross’ finishing will be the difference in my opinion, and I feel he will add the Phil Taylor Trophy to the Sid Waddell one that he already owns. I favour Cross to come through 18-14.