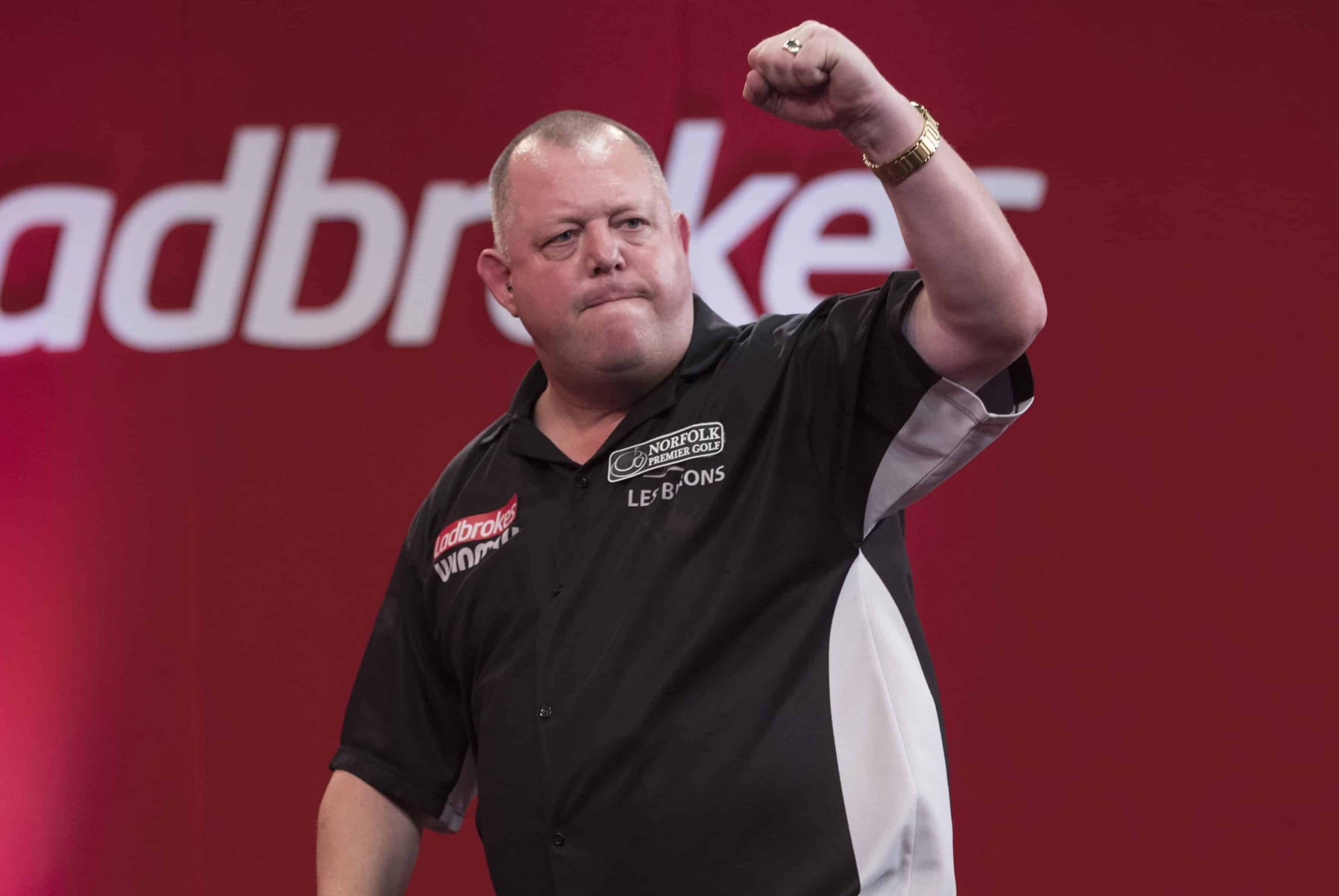 Day one of the Betfred World Matchplay certainly didn’t disappoint, and the opening night saw two dark horses for the trophy make their departures.

Gerwyn Price made a shock exit, as Stephen Bunting edged the Welshman out 13-12 in sudden death overtime.

Both men were guilty of missed chances, but Price twice squandered three leg leads, as the man from St Helens continued to come back at him. Bunting finally levelled at 8-8, and the two exchanged legs before Bunting led 12-11 with an 86 checkout on the bullseye. Nerves kicked in though, and Bunting missed four match darts allowing Price to step in for 12-12.

With the deciding leg all to play for, Bunting had to endure Price missing a dart at the bull for victory, nailing double eleven at the second attempt for a famous win with a 79 finish.

Mervyn King rolled back the years with a high quality 10-5 win against UK Open and US Darts Masters champion, Nathan Aspinall.

King averaged 100.55, and enjoyed over 60% success on his doubles to stun Aspinall, who was fancied to make a strong case for winning the Matchplay this year. Aspinall averaged 102.96 himself, but his doubles let him down, with only a 26.32% success rate.

Round two will see King face Gary Anderson, after he secured safe passage to round to with a workmanlike 10-6 win against Danny Noppert.

It was a strange start to the match, with Anderson taking a 3-0 lead finishing on doubles seven, two and one. Noppert had chances in all of these legs, but missed six darts at tops, as Anderson established a 4-1 first session lead. Anderson nailed a 135 checkout on the bullseye to make it 6-1. “Noppie” clawed his way back to 6-3, but Anderson stretched his lead to four legs with a 111 checkout on tops.

The Scot missed three darts at tops of his own, as the Dutchman nailed a 86 finish to trail 7-5, and he made it three legs on the spin with a 76 outshot to put the pressure on the reigning champion. “Ando” regained his composure with a wonderful 160 checkout of his own to go on the brink of victory at 9-6, and saw out the contest on double eight to seal an unconvincing victory.

Rob Cross swatted aside the challenge of Blackpool debutant, Chris Dobey, with an emphatic 10-3 win.

A two dart 87 checkout in the opener set the tone for “Voltage” and a 74 in the same number of darts forged a 4-1 lead for the Hastings man. A 14 darter and a 12 darter stretched that lead to 6-1, but Dobey pulled a leg back with a majestic 145 finish on double 14. That fuelled Cross’ fire though as back to back 180’s in leg nine easily clinched him the leg.

It was five 180’s in total and a 100.6 average in the end for Cross, who eased to victory with a 130 checkout on double eight, to clinch a last 16 meeting with either Darren Webster or Krzysztof Ratajski.