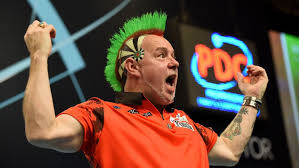 It’s day three of the Betfred World Matchplay, and the evening session sees the conclusion of the first round.

There are plenty more big guns in action at the Winter Gardens in Blackpool, and here is my preview and predictions for the evening.

Kicking off the Monday evening action is Welshman, Jonny Clayton, and he gets his assault on the World Matchplay underway against the always dangerous quantity in Keegan Brown.

Clayton is another of the seeds scrambling to retain his top 16 status, but has had a decent few months, especially in Players Championship events. “The Ferret” picked up a PC title in April, and also reached the semi finals of the Danish Open last month to keep the ranking money ticking over.

Brown has enjoyed a recent return to form to, carrying on his steady form in the EuroTour events with a semi final berth in the recent Czech Open.

Prediction: With Brown, he  has tendencies to have periods of inconsistency, and can go off the boil and missing mid-match. I think Clayton can capitalise on this for a much needed 10-7 win.

A man in desparate need of a TV win is Simon Whitlock, who has been in alarming form as of late.

The Aussie has suffered frequent first round exits in recent Players Championship events, and will be keen on producing something like his best darts in Blackpool this week.

Standing in Whitlock’s way of a last 16 appearence is Scotland’s John Henderson, and “The Highlander” has also been in poor recent form, so it’s a must win match for him too.

Prediction: This is a tough one to call, and will depend on who settles down the quickest. If Whitlock can get into a decent flow, I think he can seal a 10-7 win.

Its a battle of the crowd pleasing walk on songs in match three, as Sweet Caroline by Neil Diamond meets YMCA by The Village People.

Daryl Gurney has had a consistent 2019, and won the German Darts Championship back in March with victory over his opponent tonight in the final. Gurney will be intent on having a decent run in Blackpool this week.

In Ricky Evans, Gurney meets the fastest thrower on Planet Darts, who is now finally fulfilling his potential on stage. Evans makes his debut on the Winter Gardens stage, and the Kettering man will be looking to cause a first round upset.

Prediction: One would hope that the Daryl Gurney that lost 8-0 to James Wade with a 74 average doesnt turn up to play Evans. If “Superchin can find some consistency, I expect him to pull away from Evans for a 10-5 victory.

Final match of the night, and the first round, sees the current form horse in the PDC start his quest for a maiden Matchplay crown.

Peter Wright was struggling for form a few months ago, but has since had a gold rush. He won the World Cup with Gary Anderson in June, and he has won the last three titles on offer in the PDC, winning three tournaments in a week last week. He backed up his World Series of Darts win in Germany, with back to back Players Championship event wins in Barnsley, and he comes to Blackpool in blistering form. “Snakebite” will have serious designs on winning this event, and is a real threat to lift the trophy come next Sunday night.

His first hurdle in this years Betfred Matchplay is Vincent van der Voort, with the Dutchman steadily overcoming his career threatening back injury hell of the last few years. Another fast thrower, van der Voort’s best result remains a last eight appearence in 2009, and won’t be expected to cause Wright too many problems here.

Prediction: Wright is in the midst of a serious purple patch, and I don’t see van der Voort halting this. A routine 10-4 win for Wright for me.