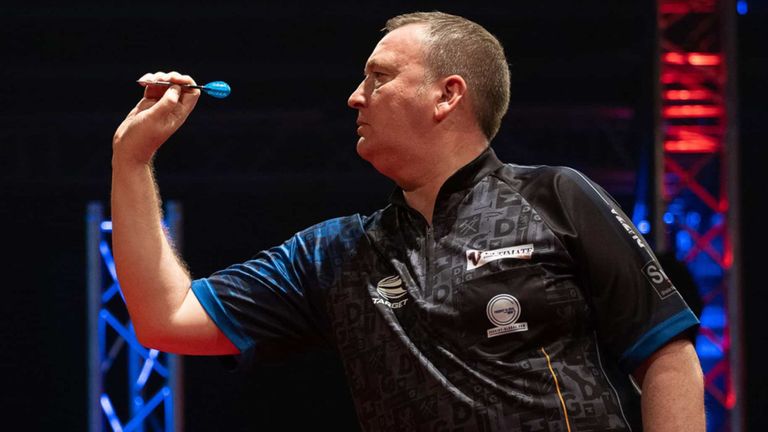 Here I preview the evenings’ action

Kicking us off at the Winter Gardens on Sunday night is a cracker of a contest between James Wade and Jeffrey de Zwaan.

Wade has enjoyed a sparkling return to form in 2019, with four Players Championship titles to his name, as well as semi final placings in both the Premier League and the Austrian Darts Open. He also reached the last four in Cologne last week in the German leg of the World Series of Darts.

It’s a tough first round assignment for Wade, as he comes up against one of the players of last years’ Matchplay in Dutchman, Jeffrey de Zwaan. “JDZ” stunned Michael Van Gerwen in round one last year, before taking care of  Adrian Lewis and Dave Chisnall. He eventually exited to eventual winner Gary Anderson.

This could come down to the doubling again here, with both heavy scorers, Wade even more so recently, having upped his 180 scoring in particular of late.

Prediction: Wade is always reliable on his trusty tops and double ten, where as this is the element of the game that sometimes lets de Zwaan down. I think it could be a close call, but fancy Wade to pull away for a 10-8 win.

Match two sees a tortoise versus the hare contest, as the methodical Mensur Suljovic takes on the “Machine Gun” in the quick throwing Jermaine Wattimena.

“The Gentle” has been solid but unspectacular in 2019, and will see the Matchplay, and a win over Wattimena, as a springboard for another assault on a title he narrowly missed out on in 2018 with a 21-19 defeat to Gary Anderson in last years’ final.

Wattimena has been steadily climbing the rankings, and earned a place in the Netherlands team for this years’ World Cup, where they reached the semi finals.

Prediction: Suljovic will really test Wattimena’s patience in this contest, and I can see this being the difference between the two. The first few legs could be shared, before Suljovic pulls away for a 10-6 win.

Michael Van Gerwen enters the fray in Blackpool tonight, and he’ll be looking to regain some momentum and form, after a disappointing last few months by his lofty standards.

In the early part of 2019, MVG had victories in The Masters, two Players Championship events and four EuroTour events, as well as winning the Premier League. In the last couple of months though, he has exited early from the two World Series of Darts events at the quarter final stage in Las Vegas, and at the first hurdle to Martin Schindler in Germany last week.

He will face Steve Beaton in round one here, and the ever reliable “Bronzed Adonis” again makes the Matchplay, and is in steady form. Van Gerwen famously hit a nine darter against Beaton in the 2014 Matchplay.

Prediction: Van Gerwen will be intent on making a statement here, and I think he will make a rapid start to proceedings here. He should be able to close out a comfortable 10-5 win.

The final match of the evening is quite simply the tie of the round, and also the battle of the Pigbag walk on tune!

Adrian Lewis, scratching for something approaching his best form, meets Middlesborough native, Glen Durrant, who by contrast has taken the PDC by storm in his debut year.

The two share the same walk on song, but, with Durrant arriving in the PDC some time after Lewis, he has had to change his song of his beloved football team from his BDO days. Durrant did tongue in cheek state that he had offered £5000 to Lewis for a winner take Pigbag walk on, but this has now been played down by “Duzza”.

Their meeting on the oche should be a belter. Lewis reached a much needed semi final in a Players Championship event last week, and will hope that this is a boost in fortunes for him. There is no doubting the natural talent of “Jackpot” but he has noticeably slowed down his throw in recent times, which I believe has been a wrong move for him.

Durrant has been a revelation since winning his Tour Card at the beginning of 2019. He has already captured two Players Championship titles, and is rapidly closing in on the top 50 in his maiden season, having accrued over £50,000 in prize money this year so far.

Prediction: Durrant is steady in all facets of the game, and this could be key, especially as Lewis has a tendency to go off the boil for periods of the game. I think this could be a classic, but I fancy Durrant to edge a thriller 11-9