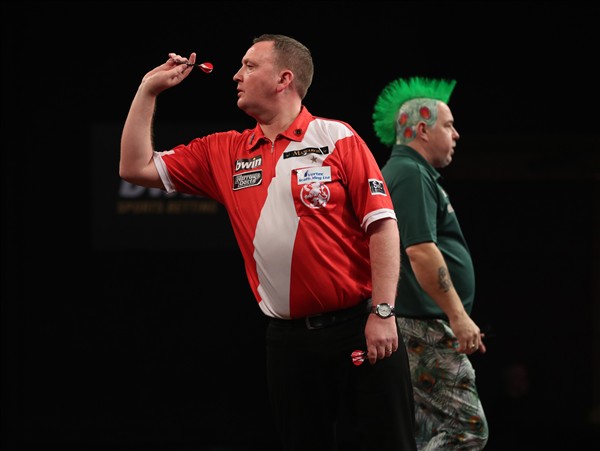 The BDO’s newly-elected chairman Des Jacklin has confirmed that the organisation are set to remove restrictions on allowing PDC players participating in their tournaments.

This means that from October any current PDC tour card holder or thrower that has participated in a Challenge Tour event or Qualifying School will be eligible to take part in BDO qualifying events providing they are not undergoing a ban from the British Darts Organisation or World Darts Federation.

The recent piece of news is also a good one for the ladies’ hoping to gain a spot at Alexandra Palace in December as they will now be able to head to either Milton Keynes or Hildesheim knowing they won’t be punished for their actions and still be allowed to attend the ladies’ World Championship at the Lakeside.

Already, we have heard the likes of Lorraine Winstanley, Anastasia Dobromyslova, Fallon Sherrock and Deta Hedman will be attending the inaugural ladies’ PDC World Championship qualifier. The quartet are top players within the BDO ladies’ game and a crucial part of that particular side of proceedings at the Lakeside in January.

This could also increase the chances of Glen Durrant, Scott Mitchell, Dave Parletti and other top players within the BDO scene attending the PDC’s qualifying school, knowing their position within the BDO will not be affected.

Just because this statement has now been released this doesn’t mean to say that the top players within the PDC scene will be participating in BDO events as the PDPA have a rule listed that tour card holders cannot take part in non-PDC sanctioned televised or streamed events.

The BDO is set to remove all restrictions on PDC Tour Card holders as previously and currently placed upon them.

In a complete and radical U-turn, the new BDO Chairman/CEO Derek Jacklin and the current BDO Board of Directors have passed a resolution to remove the historic restrictions as placed on PDC players.

Mr Jacklin’s fresh approach is indicative of his declared intent to overhaul the current system and make positive changes for the better from within the organisation.

These changes will also demonstrate that players will no longer face any penalties relating to entry and participation at the PDC Q-School.

RULE 4.00 WILL NOW READ AS FOLLOWS

4.00 ELIGIBILITY TO PARTICIPATE IN QUALIFYING EVENTS

4.01 Conditions of participation in Qualifying Events

In order to participate in a Qualifying Event, a player;

a. Must be a member of the BDO or another member darts body of the World Darts Federation a list of which may be found at: Full and Associate Member BDO Darts Bodies

This decision will also serve to ensure that any women looking to enter the upcoming qualifiers into the Ladies Play Offs in the PDC World Championship will be free to participate without affecting their position within the BDO system and would take with them the BDO’s best wishes for success.

Mr Jacklin feels that this is now ‘the right time’ to implement these changes, putting further emphasis on the BDO’s ‘Darts For All’ ethos.

The new rule change will be applied equally across the Men’s and Ladies game and will come into effect on 1st October 2018.

BDO and PDC – Closer than ever?