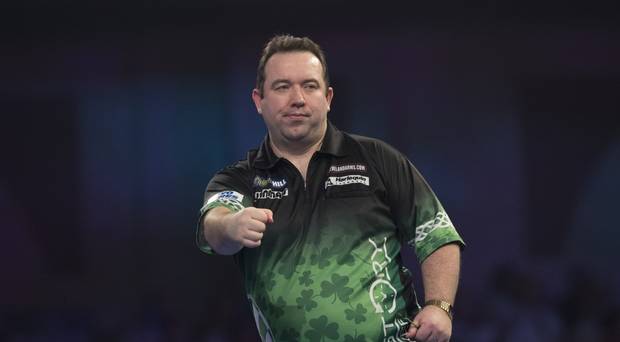 Brilliant Dolan Rolls Back The Years To Clinch PC22

Brendan Dolan reached his first Players Championship event final since April 2015 and he cashed in to full effect to win PC22 in Hildesheim, Germany.

“The History Maker” recorded three 100+ averages in his Seven games to scoop the £10,000 first prize on offer, as he denied Dutchman, Jermaine Wattimena a maiden PDC Title with an 8-5 win in the final, sealing the win with a 108 checkout.

Dolan began his day by edging out Wattimena’s compatriot, Jeffrey de Zwaan 6-5 with a 100.6 average, and saw off Alan Norris and Chris Dobey by 6-3 score lines to reach the last 16.

It was here when the Northern Irishman was at his peak, advancing to the quarters with a 6-5 win against Dave Chisnall with Dolan averaging 106.7 to Chisnall’s 102.2.

Dolan also needed a decider in his last eight tie with Glen Durrant, but then averaged 100.4 to reach the final with a 7-3 win against New Zealander, Cody Harris, who enjoyed a fine run to the last four.

A modest 94.6 average was enough to deny Wattimena in the final, and it saw a first win on tour for Dolan since October 2014.

Wattimena’s day saw him defeat Christian Kist, Jelle Klaasen, Ryan Joyce, Gabriel Clemens and Steve Beaton, before he squeezed out Mensur Suljovic, 7-6 in the semi final to set up a meeting with Dolan.

Krzysztof Ratajski backed up his PC21 victory with a strong quarter final showing in PC22. Wins over Alan Tavern, Devon Peterson, Ryan Searle and Arron Monk saw him through to the last eight, but Cody Harris accounted for the Polish Eagle, 6-4.

Raymond van Barneveld beat Mervyn King 6-5 in round one, but then succumbed 6-2 to Ryan Joyce in the last 64.

Reece Robinson averaged a whopping 106.6 as he hammered the out of sorts Michael Barnard 6-2 in round one. Barnard only recorded a 78.9 average himself. Robinson would be eliminated in a deciding leg by Ian White in round two, who reached the quarter finals.

2018 World Championship semi finalist, Jamie Lewis, continues his free fall down the rankings, and his day was ended at the first hurdle with a 6-0 defeat to Devon Peterson, averaging just 62.9 in the process.

There were also decent runs to the last 16 for both Arron Monk and Marko Kantele.