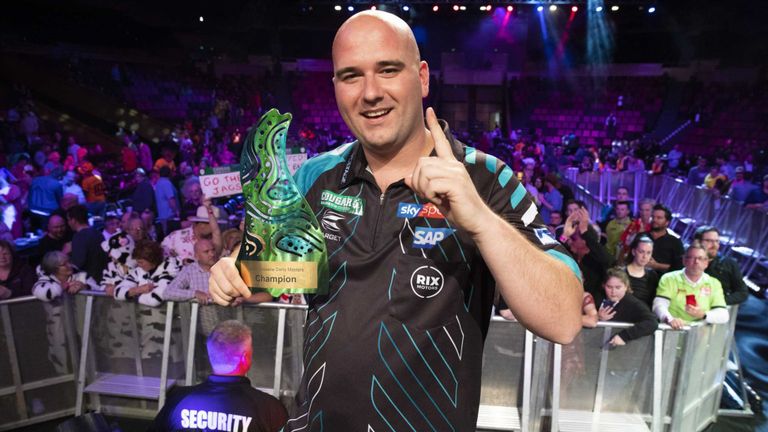 World Matchplay champion Rob Cross will start his defence of the Brisbane Darts Masters against James Bailey on Friday, as the second edition of the World Series of Darts event gets underway with a star-studded field.

In recent times the World Series has seen a huge variety of winners to fit in with the majority of other PDC tournaments, and the first two events of this year were no different, as Nathan Aspinall beat Michael Smith in Las Vegas and Peter Wright saw off Gabriel Clemens in Cologne. The tour now heads down under to Brisbane, before stops at Melbourne and Hamilton as the qualifiers are confirmed for the finals in Amsterdam.

The seedings for this weekend are based on the results of the US and German events, meaning Michael van Gerwen is unseeded after two early exits. The top seed Peter Wright meets winner in Auckland two years ago, Kyle Anderson, with the winner of that tie playing either Australian number 1, Simon Whitlock, or World Series debutant Brendan McCausland.

A stacked top half is completed by arguably the two strongest ‘local’ players (barring PDC ‘stars’ Whitlock and Kyle Anderson) as James Wade and Gary Anderson take on Damon Heta and Corey Cadby respectively. Heta has had a superb year so far, winning the inaugural BDO Australian Open against Scott Mitchell just last week having already won 5 DPA ProTours this year and made several other finals.

The aforementioned Cross-Bailey match-up was drawn into the same section as out of form Raymond van Barneveld, who takes on half of New Zealand’s World Cup side that reached the quarter-finals, Haupai Puha. Michael van Gerwen, still yet to win a single tournament since being crowned Premier League champion for a 5th time, meets two-time DPA ProTour winner in 2019, Ben Robb.

The draw is completed by World Matchplay semi-finalist Daryl Gurney and former PDC World Championship qualifier, Koha Kokiri. It is sure to be an interesting tournament at the BCEC in Brisbane with the possibility of yet another new World Series champion. There are also several fascinating sub-plots with interest in Michael van Gerwen’s continued plight, how Daryl Gurney will recover after throwing away a huge lead in Blackpool, and Gary Anderson’s quest to finally return to top form.