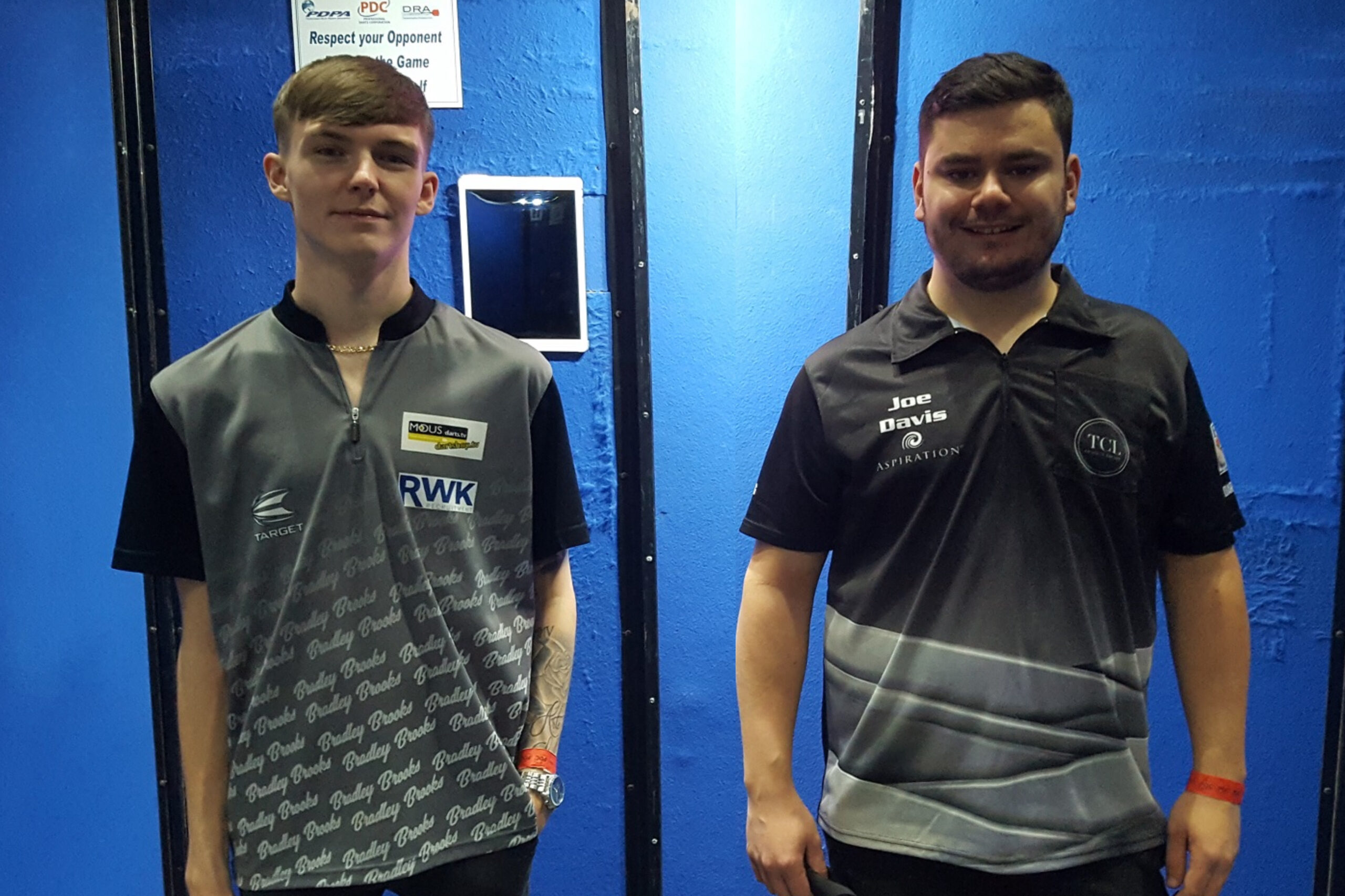 Bradley Brooks and Joe Davis will contest the World Youth Championship final in November after winning through the tournament’s early rounds on Monday.

Brooks and Davis came through a 96-player field at the Barnsley Metrodome to qualify for the showpiece staging for players of their specific ages.

The field was originally split into groups of three, with the winners of each group progressing to the knockout stages.

The Blackburn-based thrower then defeated three fellow professional tour card holders on his way to the final, starting with a comeback victory over Scotland’s William Borland.

Brooks reeled off five legs in succession from 4-1 down to see off the Scotsman, before surviving match darts against Germany’s Martin Schindler – a world youth finalist two years ago.

Niels Zonneveld was then swept aside by Brooks as the 20-year-old sealed his place in Minehead with an emphatic 6-1 victory and 50 percent on the doubles.

“This is what we’re all here for, to qualify for the final,” Brooks told pdc.tv. “It’s been really tough, everyone is a great standard and I’ve had ups and downs.

“I can look forward to the final now. Ever since I started playing darts it was my dream to be on the telly. Joe’s a good player, very capable, so it will be a good final.”

Meanwhile, Davis came through the group stage for the first time since the format amendment, before beating both Jack Male and Jacob Selby-Rivas.

The reigning Malta Open champion then pinned three maximums in a 6-4 win over Belgium’s Brian Raman in order to set up a deciding encounter with Jeffrey de Zwaan.

Former World Matchplay semi-finalist De Zwaan raced into a 4-0 lead, but a determined Davis battled back and forced a deciding leg in a closely contested affair with a mesmerising 114 checkout.

Two sloppy treble-less from the Dutchman allowed Davis a shot at 84 in the biggest match of his career – which he grasped with both hands, sealing the deal in two darts.

“I feel great – it’s what I came here for and it’s good to achieve that,” said Davis – a former Development Tour finalist and two-time UK Open qualifier.

“I was 4-0 down and thought I was going to lose 6-0, but thankfully my finishing got me out of it. I finished quite well there and clawed it back leg by leg because we all know how good Jeffrey is.

“During this lockdown, I’ve practised more in one day than I’ve done in the past five years. I’ve been off work and thankfully I’ve got that chance to practise and put everything into it.

“You want to win the final now. I’ve known Brad for a few years now and he’s a great player, so we’ll see how we get on. It’s going to be huge and I’ll get massive experience from it.”

Elsewhere, last year’s finalist Adam Gawlas of the Czech Republic was ousted in the second round by Niels Zonneveld despite averaging in excess of the 93 mark.

Another former finalist in Berry van Peer failed to surpass the group stage, while Development Tour table-topper Ryan Meikle departed in the quarter-finals at the hands of De Zwaan.

18-year-old Keane Barry, who secured a coveted professional tour card on Sunday evening, exited in the third round after enduring a deciding leg loss to Germany’s Schindler.

Man Lok Leung and Lok Yin Lee, who both travelled across the world from Hong Kong to compete, suffered round two defeats in spite of respectably averaging slightly spare of 90.

The World Youth Championship final will be held on Sunday November 29 during the Players Championship Finals, with the venue to be announced in the coming weeks.

The winner will receive a debut in December’s World Championship, while both finalists have now qualified for the 2021 Grand Slam of Darts by virtue of their success.