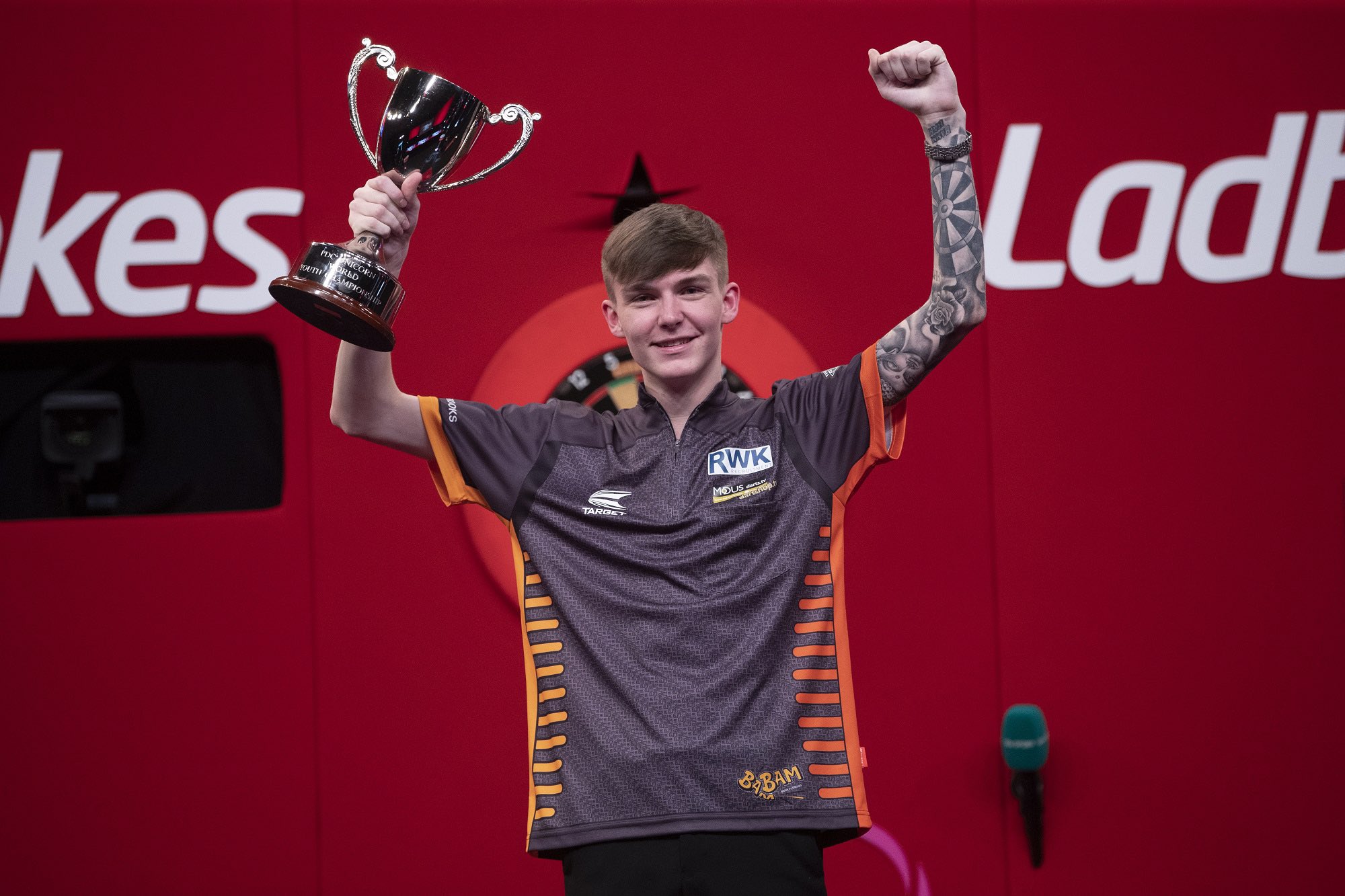 Bradley Brooks was crowned the world youth champion on Sunday evening as the youngster defeated Joe Davis at Coventry’s Ricoh Arena in a closely contested final.

It has been a sensation rise for Blackburn’s Brooks, from coming through the junior ranks to earning professional status, and the 20-year-old added the PDC World Youth Championship to his trophy cabinet.

Brooks prevailed through the earlier rounds at the Barnsley Metrodome at the backend of September, beating the likes of Niels Zonneveld and Martin Schindler along the way.

The former JDC European champion was the heavy favourite heading into the final against the lesser known Davis, and came through a deciding leg to clinch the £10,000 winner’s cheque.

“It’s amazing,” said Brooks. “I’m really happy to win the trophy. If you look at the players who’ve won it previously, they were all world-class players.

“I felt really good in practice and when I got on stage it wasn’t really going for me.

“I’m not too happy with the way I played. I don’t think it was nerves, it was more trying too hard to impress people, but luckily I got away with it in the end.”

It was a hard-fought contest between the two youngsters, with the lead changing five times despite the relatively short format that the world youth final is played across.

Brooks converted a fantastic 104 checkout in the second leg, but it was Malta Open champion Davis who was first move on the brink of victory as he constructed a slender 5-4 advantage.

Brooks pulled off a 13-dart hold of throw to force a deciding leg, and subsequently pinned double tops to seal the deal, with three treble-less visits in the final leg proving decisive for a determined Davis.

Further opportunities now await for Brooks, with the Blackburn youngster now sealing debuts at both the upcoming World Darts Championship at Alexandra Palace and next year’s Grand Slam of Darts.

Davis, who defeated Jeffrey de Zwaan in the semi-finals, will also be present at November’s Grand Slam despite enduring defeat on his televised debut in Coventry.