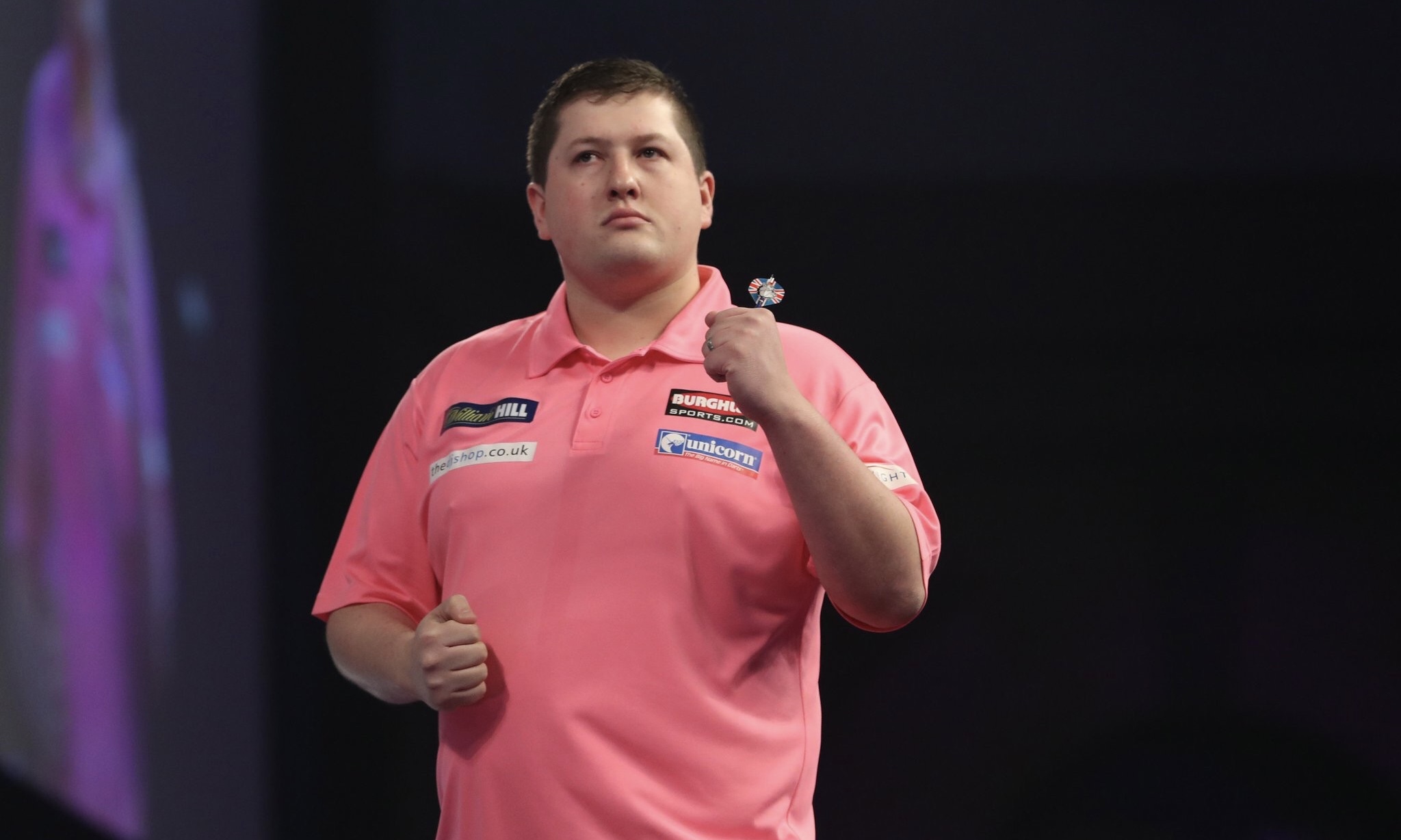 Brown impresses while van Gerwen eases through despite unsavoury scenes

Keegan Brown produced an impressive display as he whitewashed Czech Republic’s Karel Sedlacek while Michael van Gerwen eased into the second round on day three at Alexandra Palace.

Brown, who defeated James Wade at this stage 12 months ago en route to the third round, averaged 95.78 as he defeated Karel Sedlacek with ease. Czech Republic’s Sedlacek led in the opening set but squandered opportunities at key moments and fell 1-0 down. Sedlacek raced into a 2-0 lead in the following set but once again frittered away chances.

Brown hit two of his six maximums in the final set; hitting a 13-darter to close out a 3-0 win and will meet an out-of-form Jelle Klaasen in the second round. Brown will be looking to emulate his run to the last 16 last year in London.

Michael van Gerwen produced a solid showing as he brushed aside St Helens-based Alan Tabern 3-1 to set up a third round showdown with German number one Max Hopp.

Van Gerwen was forced to put some unsavoury scenes behind him before the game, as a spectator hurled two pints of beer at him during his walk-on, but did so well as hit converted checkouts of 104 and 91 en route to a 3-1 set win.

The world number one whitewashed Tabern in set three, only for the former UK Open semi-finalist to get a set on the board courtesy of a 13-dart leg. Van Gerwen then missed chances to whitewash Tabern in the final set, though, he eventually closed out a 3-2 win and progress to the third round.

Jim Long’s dream became reality as he edged out Northern Ireland’s Mickey Mansell in a lacklustre affair. Long converted finishes of 127 and 116 en route to a monumental win for the Canadian – who qualified for the World Darts Championship courtesy of his form on the Championship Darts Circuit this year.

World Cup of Darts semi-finalist, Mansell, snatched the opening set, despite a valiant comeback from Long – who pulled off a 116 checkout to level the set at two-a-piece. Long then fought back as he fired home a 127 outshot to level the match up at 1-1. From there, it was plain-sailing for the courteous Canadian. He dropped just two legs in the next two sets to wrap up a convincing 3-1 win over Mansell.

It will be Benito van de Pas up next for Long; if he is to progress to round three he will need to produce a much better performance that he did on Saturday afternoon in London.

Richard North kicked off his second World Championship with a narrow victory over Germany’s Robert Marijanovic. North hit ten maximums during his win to set up a second round clash with Steve West.

The German edged the first set after ‘Northy’ battled back from 2-0 down to send the set to a decider. Marijanovic, who won his tour card in January, converted a superb 147 checkout en route to prevailing in set two and handing a major blow to Romsey-based North – who now trailed 2-0.

Once again, set three went the distance, as did the fourth, with North winning both to unexpectedly level up the match at two-a-piece. North completed his resurgence as he pinned tops to prevail to the second round at the Alexandra Palace.

Max Hopp whitewashed former BDO World Championship finalist Danny Noppert in a match that proved how crucial finishing can be. Noppert squandered 19 darts at the outer ring and despite hitting five maximums and having an average of 97.35, the Dutchman failed to get a set on the board. Germany’s number one, Hopp, will face Michael van Gerwen in the third round.

Gravesend-based Payne fired home a 107 outshot in the opening leg, only for Canada’s Smith to win three legs on the spin and claim the first set. Payne dropped just one leg in the next two sets as he took the lead in the clash, however, Smith pinned double 18 and sent the game to a decider.

Payne found the extra gear in the deciding set as he whitewashed Smith to close out a narrow 3-2 win and book a second round clash with Dave Chisnall.

After squandering opportunities early on in the set, Searle eventually closed out the first set before blowing away Burton in set two; throwing just 44 darts to prevail. Despite a valiant effort from Ipswich’s Burton in the final set, Devon’s Searle proved too much for the PDPA qualifier – who will lose his tour card and head to Wigan for Qualifying School in January.

Spain’s Toni Alcinas eased to a 3-0 victory over sub-standard debutant Craig Ross – who picked up just a single leg at Alexandra Palace. Alcinas denied Ross a single shot at the outer ring in the first two sets, but the Kiwi did manage to get a leg on board after missing a handful of darts, only for the Spaniard to complete the demolition job on double two.

After another dramatic day of darts in London, the William Hill World Darts Championship will resume tomorrow afternoon with Dave Chisnall, Brendan Dolan and Germany’s Gabriel Clemens all in action.