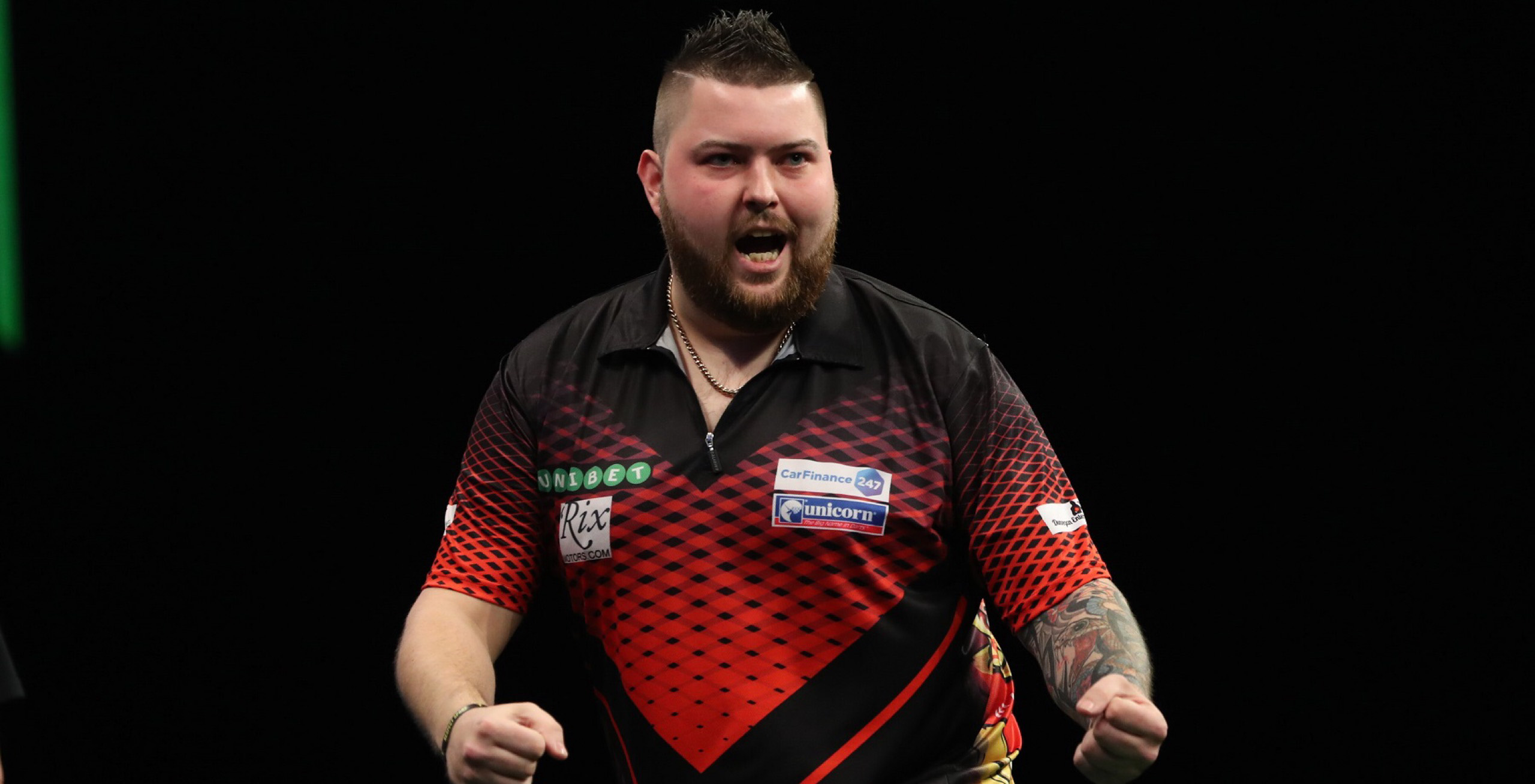 Michael Smith’s start to 2018 has been nothing short of exceptional, the St Helens ace has been playing superb for the last six months or so after coming through a tough period of form. Smith arguably should of defeated the current World champion Rob Cross at Alexandra Palace as he missed two darts to defeat Cross 4-2 in their last 16 clash.

Smith was arguably the better player in that match, despite Cross going on to winning the match and the title, but Smith’s attitude and his performances have been superb. Smith was selected for the Unibet Premier League following the World Championships at Ally Pally, and he is certainly showing us all why he’s a force to be reckoned with.

Michael has always had the ability, there’s no doubt about that, but he’s had his ups and downs to his own admission, but he’s really come on leaps and bounds as of late. In the opening night of the Premier League, he came from 5-1 behind to defeat Gary Anderson 7-5, and although Smith felt sympathetic towards his mentor as he clearly struggled with a back injury, Smith got off to a great start.

In week two, Smith produced a superb display to see off Daryl Gurney 7-4 as the St Helens man averaged just under 100 in what was a very professional display. Following that, Smith dismantled Mensur Suljovic 7-2 in week three. It wasn’t the greatest game in terms of the averages and power scoring, but Smith produced a brilliant run on the finishing to make it 3/3.

Last Thursday in Berlin, Smith faced Simon Whitlock in a top of the table clash, Smith once again produced another professional performance as he defeated the Aussie 7-3 to top the Premier League.

In a recent interview with Sky Sports, Smith opened up about his recent form :

“It was depressing and it got to me,” Smith admitted. “I knew this time I wouldn’t let it happen again. I wasn’t going to roll over and give people easy games.

Can Smith keep up this excellent run of form ? Only time will tell, but It’s not just his run of form in the Premier League. Smith won the third UK Open qualifier in Wigan earlier this month, which included a phenomenal 6-1 victory over Michael van Gerwen in the last eight.

Smith lost out to the World no.1 in the final two days prior to his win, and he’s up for fight. That’s there for us all to see.

Unibet Premier League Night Four: History Made in Berlin as 12,000 Pack Inside the Mercedes-Benz Arena