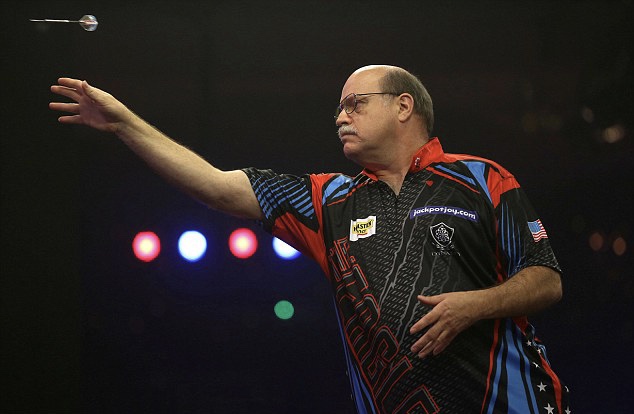 Butler brilliant on night five of the Remote Darts League

Butler was part of the group that kicked off the new round-robin format on Monday, finishing the night with one win, one draw and one defeat from his games against James Richardson, Richard Veenstra and Tina Osborne, but he sparkled on his second day of action, thumping compatriot Joe Chaney 6-1 in his opening game.

‘The Bald Eagle’ broke Chaney’s throw in the second leg with a 120 checkout on route to opening out an early 3-0 lead. Although the man from Chattanooga got on the board in leg four, it was all Butler. The 1994 World Matchplay winner took out 81 on the bull to make it 4-1 before a 17-dart break of throw put him 5-1 ahead and in a position to throw for the match. It was a bit scrappy but he eventually took out 5 in two darts to secure a 6-1 win, finishing with four maximums and an 87.91 average.

Butler was then back on for the next game, where he recorded a 6-0 whitewash against England’s Lorraine Winstanley. Playing immediately before clearly helped the Kentuckian, who hit two ton-plus finishes and recorded a 93.9 average as he afforded Winstanley just two darts at a double on his way to a resounding win.

The only blemish for Butler came in the final game, where the 62-year-old squandered match darts against Wales’ Jim Williams and ended up drawing 5-5. Two breaks of throw in the opening three legs gave Larry an early 3-0 lead before ‘The Quiff’ got on the board with a sensational 155 checkout. The pair then traded legs as Butler moved 5-3 ahead. 2020 BDO World Championship runner-up Williams reduced the deficit with an 18-darter in the ninth leg, setting the stage for a tense final leg. The Welshman would once again come in clutch with a ton-plus finish, taking out 104 after Butler had missed two darts for the match.

Before then, the affable Welshman had had a fairly mixed night. In the opening game of the evening he posted his best average of the tournament thus far, a 92.91, in a 6-1 victory over Lorraine Winstanley, but he then had real double trouble as he lost 6-2 to Chaney. After recording two draws the night before against David Cameron and John O’Shea, Williams has left himself some work to do if he wants to make the semis of the Remote Darts League once again.

The evening’s other game saw Chaney edge out Winstanley 6-4 in a game that could have gone either way. The former BDO World Trophy quarter-finalist looked fairly comfortable early on, recovering from having his throw broken in the first leg by winning the next three legs in 44 darts to go 3-1 up. Winstanley took a low-quality fifth leg before another two successful attempts on the outer ring put Chaney within touching distance of a victory in double-quick time. Winstanley fought back though, taking the eighth and ninth legs and narrowly missing four match darts, including one for a 115 checkout, before Chaney finally got the double 18 to wrap up the win.

Modus Icons of Darts: Edhouse does the double with clean sweep on Day Five