HomeBlogAndrew SinclairCameron and Pace win at the Port City Open 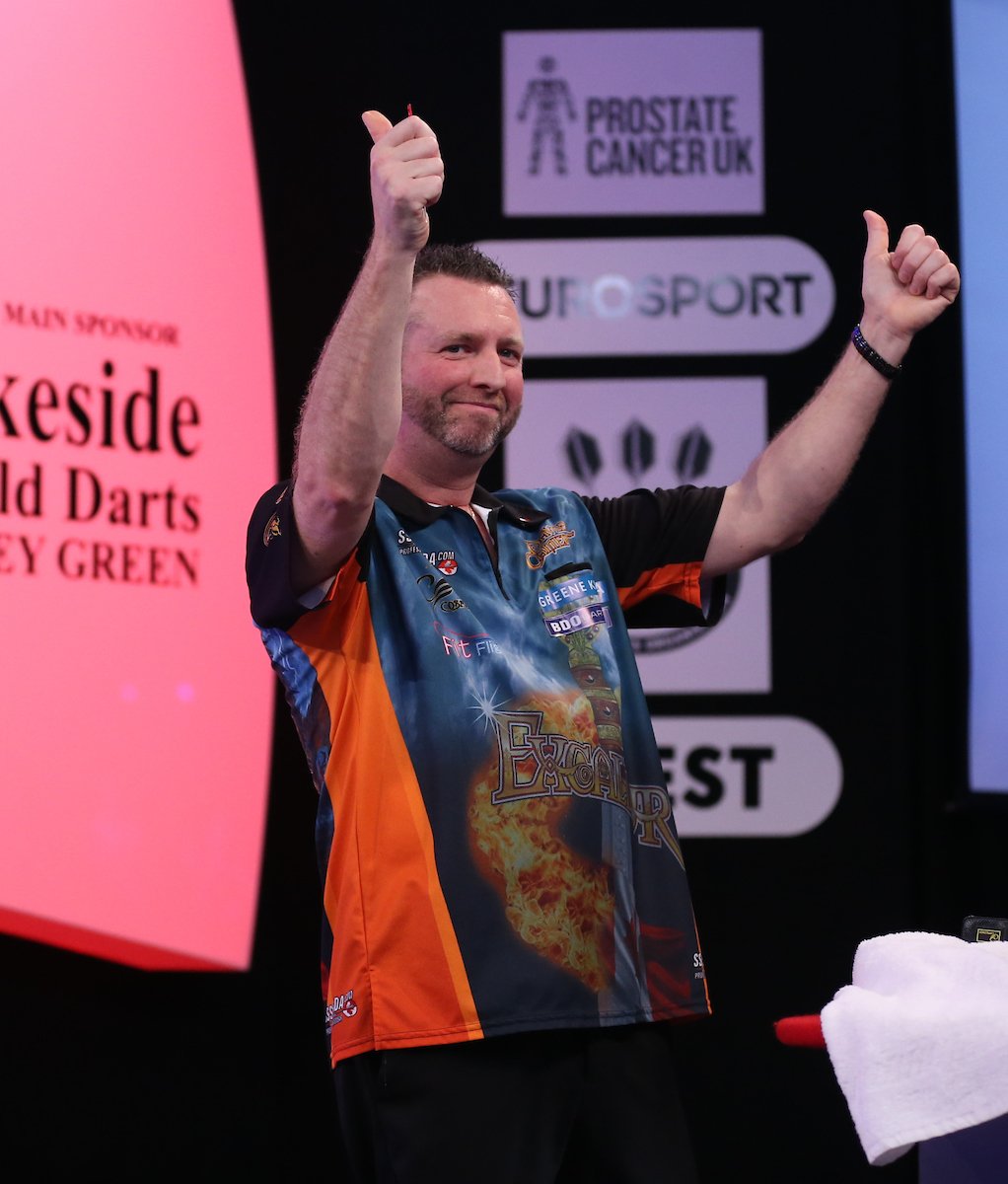 David Cameron and Stacey Pace proved too much for the competition at the 39th Annual Port City Open in Portland, Maine.

With defending champion Jeff Smith now over in the PDC we were guaranteed a different winner in the men’s event and Cameron ensured that the title would remain in Canada for a third successive year as he beat Chris Franklin in the men’s final.

‘Excalibur’ dropped just one leg before the last 16, where he had to win two of the last three legs to beat Rick Fortin 4-3. Cameron beat John Finnegan 4-2 in the quarter-finals before producing his best average of the tournament in the semis, nailing a 95.4 in a comprehensive 4-0 triumph over Chris Johnson.

While Franklin had no scored nowhere near as well as Cameron throughout the competition, he was clinical in despatching the opponents in front of him, only facing one last leg decider in his opening six games.

Franklin got an early break of throw in the final to move 3-1 up and within a leg of victory before Cameron turned on the style, taking out three legs in 54 darts to win the match 4-3 and secure his second victory at the event after he had also lifted the title in 2018.

Cameron averaged 83.36 across the tournament and takes $1,000 back to Canada after coming through the field of 196 hopefuls.

Pace had survived a last leg shootout in her opening game against Stitches Preciado before recording three almost identical averages to make the semis, where she beat Debra Ivey 4-0.

The American international had the darts in the final, and although the first two legs went with throw, four consecutive breaks of throw meant it was anyone’s game going into the seventh and deciding leg.

Pace’s better performance in the scoring phase of the leg gave her an advantage and while she missed several match darts, she was able to eventually get over the line and secure the win 4-3.