HomeBlogCan Barney Go Out With A Bang? 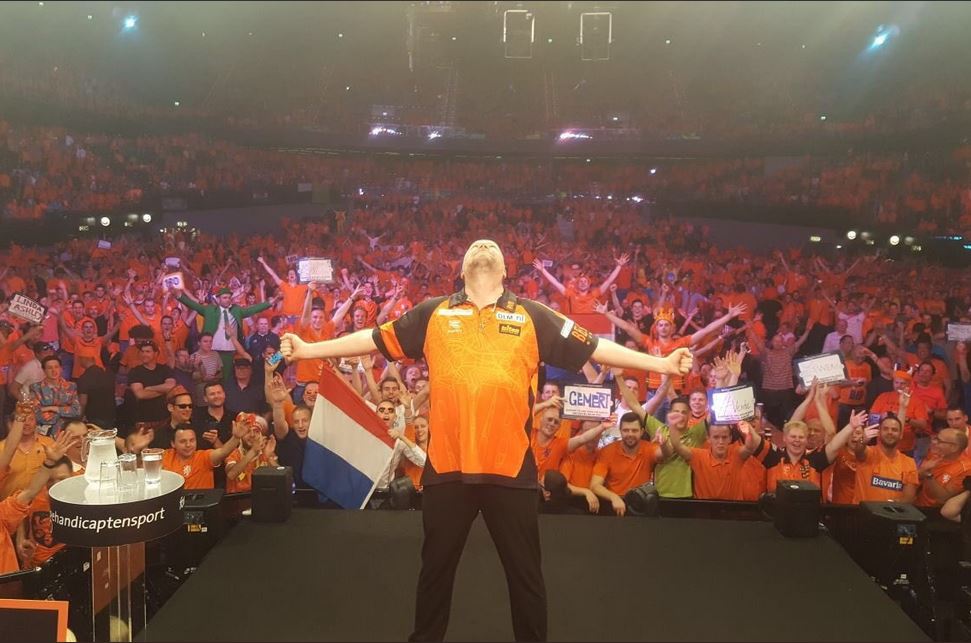 Can Barney Go Out With A Bang?

Prior to the 2019 PDC William Hill World Darts Championship, legendary five times World Champion, Raymond van Barneveld, announced the 2020 version of the showpiece event would be his last event in the sport.

His great rival, Phil Taylor, went out on his terms, and with a bang in 2017. “The Power” captured a fairy tale sixteenth World Matchplay Title in Blackpool in 2017, coming through possibly his toughest ever draw, and came close to going out on the ultimate swansong, coming second best in a 7-2 defeat to Rob Cross in a poignant changing of the guard in the 2018 World Championship Final.

The worry for Dutch Darting great, van Barneveld, is that he may have timed his retirement a year or so too late. He has shown signs of worrying decline in the past six months especially. A strong showing in the season opening Masters in Milton Keynes in January 2018 gave hope. “Barney” was edged out 11-9 by Michael van Gerwen in the final, where both men averaged over 100.

He was solid enough in the Premier League, finishing three points outside the playoff in a sixth place finish. The man from The Hague captured a fifth World Cup alongside van Gerwen in June, but that was as good as the rest of the year got, with van Barneveld paying the price for picking and choosing the events he entered. He appeared in just two Players Championships events during 2018, and this caught up with him during the back end of the year. He was edged out in the second round of the Matchplay, going down 11-9 to Gary Anderson, although he did reach a final in Auckland, with a 11-4 reverse to van Gerwen in August

He meekly went out in round two in the Grand Prix in Dublin, with a straight sets defeat to Dave Chisnall. It was also a poor showing at the Grand Slam of Darts, a Title he captured in 2012. Defeats to Kryzystof Ratijski and Michael Smith undid him, with a slender 5-4 win over Winmau World Master, Adam Smith-Neale not enough to get him out of the group. A week later van Barneveld announced he would be hanging up his darts in 2020.

A solid 2019 World Championship was expected, but it wasn’t to be, as he crashed out at the first hurdle, ousted 3-2 by Lithuanian, Darius Labanauskas at Alexandra Palace.

He still hasn’t looked his old self since, and this is a worry. 2019 has begun patchily for him, although he has at least dedicated himself to the first two Players Championship events of the year. He also, fortuitously to some, gained a wildcard pick for the 2019 Premier League. His opening match last Thursday in Newcastle, saw him run out of petrol in a 7-4 defeat to a resurgent James Wade.

His showings in Wigan this weekend have also disappointed somewhat. An encouraging opening 6-2 win over Toni Alcinas, with a 101 average gave cause for optimism, but he was knocked out in a last leg decider in the last 64 by Ryan Searle. Sunday’s outing was a turn for the worse, with a 6-2 defeat to Steve West in the first round, with an 85 average proving his undoing.

My hope is, that with him entering more tournaments this year, van Barneveld’s match sharpness will come back, meaning a return to form. He already has work to do if he is to secure a spot at the Matchplay in his final year, as well as the UK Open so there are plenty of motivations for the big Dutchman to make his final year a success. There is no doubt that his place among the greats has ling been secured, but I would love to see him go out of the sport with success, and not with a series of early exits from tournaments he was a regular in the latter stages of. His next assignment is a meeting with pantomime villain, Gerwyn Price in Glasgow this Thursday, with a strong “Barney Army” contingent guaranteed to be in full voice.

The desire and hunger has always been there, one hopes that van Barneveld has one last big effort in him for the 2019 campaign.