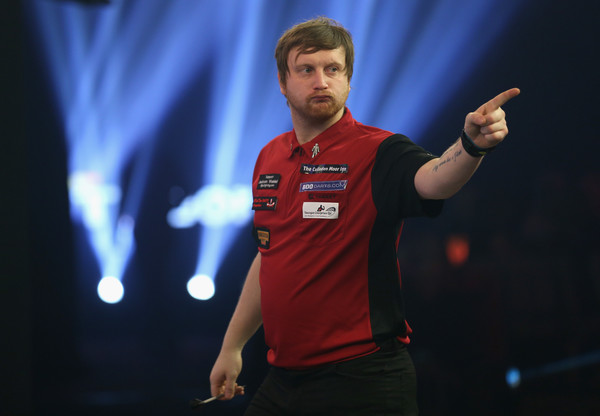 This weekend saw the penultimate weekend of Challenge Tour action in 2019 at Aldersley Leisure Village in Wolverhampton, and it was not short of drama with seven different finalists across the four events and now just £1,500 separating the top 6 in the Order of Merit.

The top two in the final rankings are rewarded with a two-year Tour Card, while the winner of the overall standings qualifies for the World Championship at Alexandra Palace. It was Stephen Burton and Boris Koltsov holding all the aces after the first three weekends, but only Koltsov managed to make a solitary quarter-final in the four events, leaving the door open for other players to take the initiative in those races.

In Event 13 on Saturday morning/afternoon, Cody Harris carried on his form from his semi-final on the ProTour last weekend with some impressive averages to make the last eight, but fell short against Dutch youngster Wessel Nijman. Eddie Lovely, Dennis Nilsson and Curtis Hammond suffered the same fate while former BDO World Champion Scott Waites and former JDC World Champion Rusty-Jake Rodriguez fell one win short of the final.

It was Nijman who would meet Cameron Menzies in that game for £2,000, and the Scotsman won 5-2 to seal his second triumph in three finals in 2019. It was a vital step in his quest to finally win a Tour Card, while Nijman continues to impress on both secondary tours. Saturday’s second tournament also saw some recognisable names in the latter stages; former ProTour finalist Scott Taylor amongst them.

Dennis Nilsson went one step further than Event 13, but lost out to Patrick Lynskey in the last four. Christian Gödl, Craig Quinn, and Taylor all lost in the quarter-finals, while Wessel Nijman continued his sublime day with a run to the semis. David Evans had been quietly been going about his business, the most notable display a 103 average against Prakash Jiwa in the last 64, also defeating Ritchie Edhouse on route to the final.

Lynskey made a final in the very first Challenge Tour of the year, but lost to Shaun Carroll on that occasion. However, he made amends in Event 14 despite an average five points lower than Evans, coming out with a 5-2 success, seeing him sit 8th in the Order of Merit at the end of the weekend. Sunday’s opening tournament gave us a real blast to the past, with Steve Hine, Dave Askew, Mark Walsh, Wes Newton and Mark Frost all reaching the last 16.

From there, those names had varying levels of success: Walsh losing out in the quarter-finals to Jesús Noguera, Newton falling at the last four to Kyle McKinstry, and the other three all going out in the last 16. Joining Walsh in last eight disappointment were James Lawson, who earned his first ever Challenge Tour prize money, Martin O’Boyle and Kevin Garcia. Two-time Challenge Tour event winner Ritchie Edhouse made the semi-finals, but lost out to McKinstry as an undoubtedly deserved final was set up.

Lakeside quarter-finalist McKinstry started the day with a 112 average, and only averaged below 98.7 twice on his way to a final with a similarly impressive Noguera, who posted several averages above 95. It was the Spaniard who took his second success of the year, though, to see him up to second on the overall standings after a last 16 run in the final event.

Steve Hine continued his solid showing on Sunday with an appearance in the quarter-finals of Event 16, as Kevin Garcia failed to get past that hurdle for the second tournament running and Peter Mitchell and Rhys Hayden also lost out. Hayden was whitewashed by an inspired David Evans, who produced a 103 average on his way to his second final of the weekend. It would be against Callan Rydz as the pair saw off Justin Smith and Adam Huckvale in the semis.

However, it was a similar story for Evans as Rydz got off to a flying start and never really looked back to add a Challenge Tour title to his Development Tour title. Rydz ended the weekend 5th with Evans in 15th, but it’s Cameron Menzies who leads with Jesús Noguera just £250 behind and a similar margin to Stephen Burton.

The upper echelons of the standings are packed with former stars and upcoming youngsters, so it is sure to be an exciting final weekend in Wigan at the end of the September as the battle for Tour Cards and the World Championship spot reaches its conclusion.