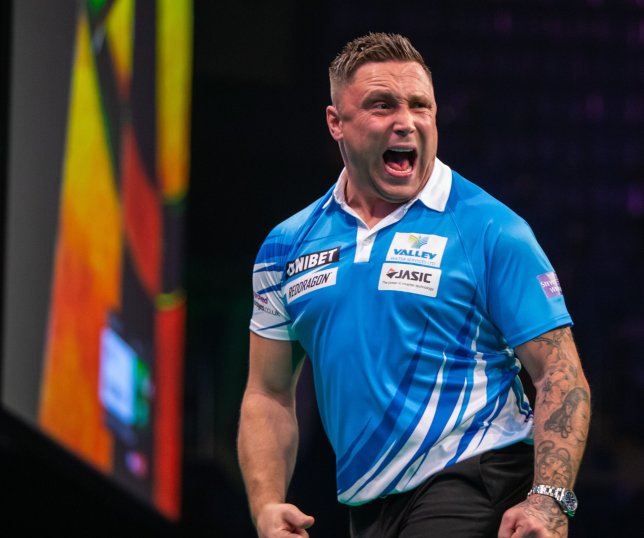 Price secured his safe passage into the semi finals with a 10-6 victory against Daryl Gurney, who was sporting his freshly shaved head after raising over £11,000 for his chosen charity.

The Welshman powered into a 5-1 lead, thanks to some deadly accuracy on tops. Gurney did rally to trail 8-6, but a crucial 89 checkout from Price left him on the brink of the last four, which he duly confirmed with a double ten to book a meeting with Michael van Gerwen later this evening.

Peter Wright topped Group B, with a topsy-turvy 10-8 win against Rob Cross, who finished his campaign bottom of the group.

Cross had no chance of qualification, but a 140 finish gave him parity with “Snakebite” at 7-7. From there though, Wright was steady enough in seeing out a third straight win.

Wright will meet Michael Smith after he clinched a close 10-8 win against James Wade in what was a straight shootout to advance.

The first ten legs of the match were shared and there wasn’t much at all to separate the pair in a tense affair. After the break saw a change in quality, with Wade taking out 96, and Smith replying with a massive 170 checkout. Smith also took out a crucial 90 on the bull to break, and this was pivotal as his throw was rarely in danger as he saw out the match on double ten to book a showdown with “Snakebite”.

In what was effectively a dead rubber, Michael van Gerwen rounded off his group phase with a 10-4 win against Gary Anderson, who finished bottom of Group A.

Anderson started brightly enough, with a 152 checkout putting him 2-0 up. That was as good as it got for the Scot though, as van Gerwen moved through the gears with a 140 checkout of his own to build a 7-3 lead at the break. A 146 finish on double 13 was enough to round off a comprehensive victory ahead of his semi final clash with Gerwyn Price this evening.