The unique double-start tournament failed to disappoint once again as the second round reached its conclusion at the Ricoh Arena in Coventry.

Chisnall staggeringly survived seven match darts as he battled back from two sets behind against an almost irresistible Ryan Joyce in a closely contested opener.

A relentless Joyce continued to find his favourable double 16 with alarming regularity as he opened up a 2-0 lead in sets, only for Chisnall to battle back and force a unlikely decider.

Joyce squandered seven darts for the match in the third set, with Chisnall jumping all over his mistakes and gaining a foothold in a match which was seemingly going the way of the debutant from Newcastle.

Last year’s finalist Chisnall reeled off three legs in succession in the deciding leg to book his place in the last eight for the third consecutive year.

Bradford’s Cullen emulated the early form of Joyce as he constructed an initial 2-0 advantage in sets, though, Clayton fought back to send the match to a deserved decider.

In a rather bizarre fifth and final set, all five legs were won against the throw, with Cullen landing an all-important maximum in the fifth leg before converting 74 in two darts to prevail. 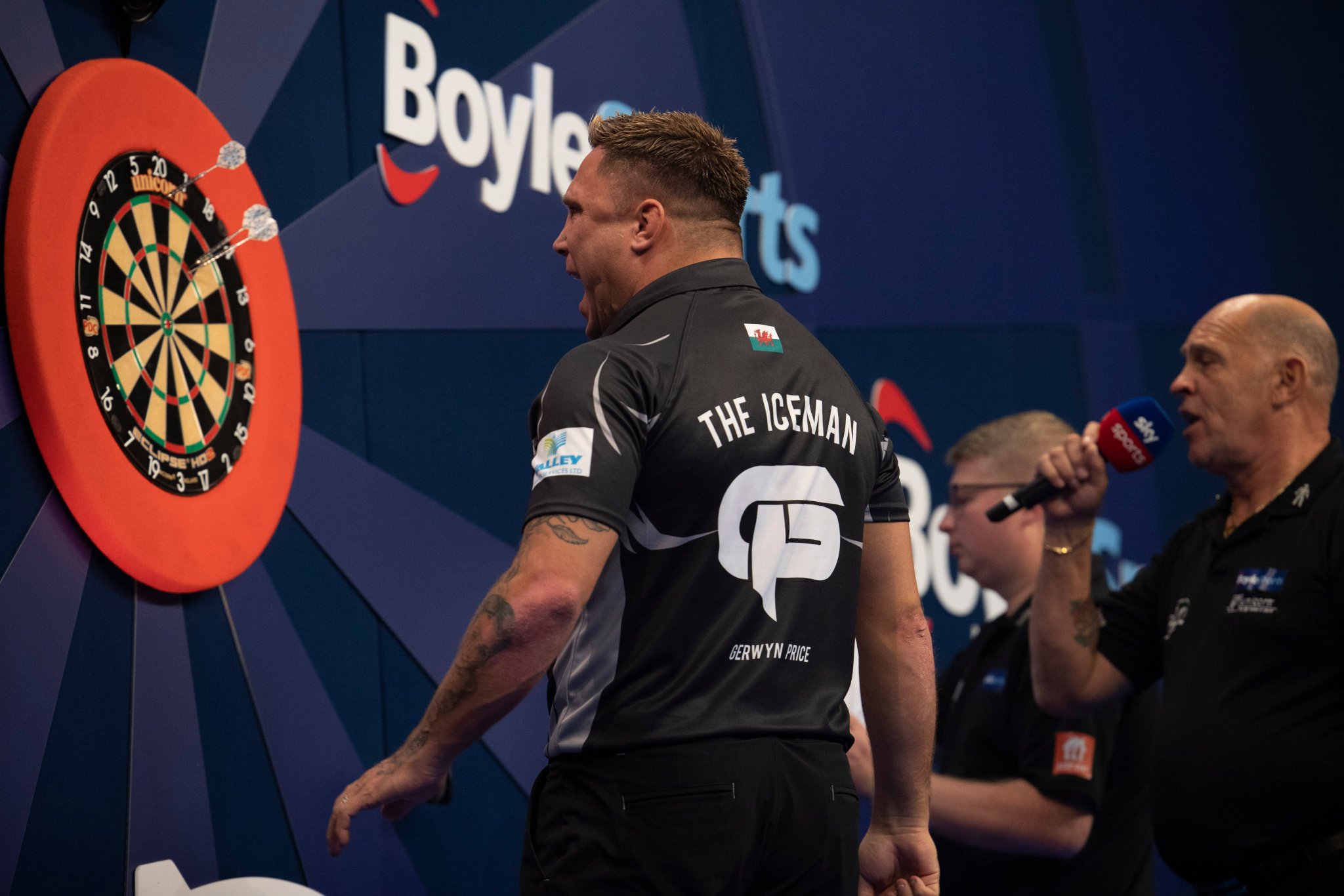 A rampant Price dropped a mere three legs in a one-sided contest, averaging in excess of the 95 mark and converting two ton-plus checkouts in an impressive performance.

De Zwaan, meanwhile, conceded just two legs in a rout of the below-par German Clemens. The Dutchman was a late replacement for Simon Whitlock, and has grasped a gifted opportunity with both hands.

The former World Matchplay semi-finalist sealed the victory with a 10-dart leg and was seemingly back in the swing of things after turbulent times in recent months due to an ongoing shoulder problem.

The World Grand Prix continues on Saturday evening in Coventry as the quarter-finals take place with eight players bidding for further success.