HomeBlogChisnall doubles up at PC7 in Wigan 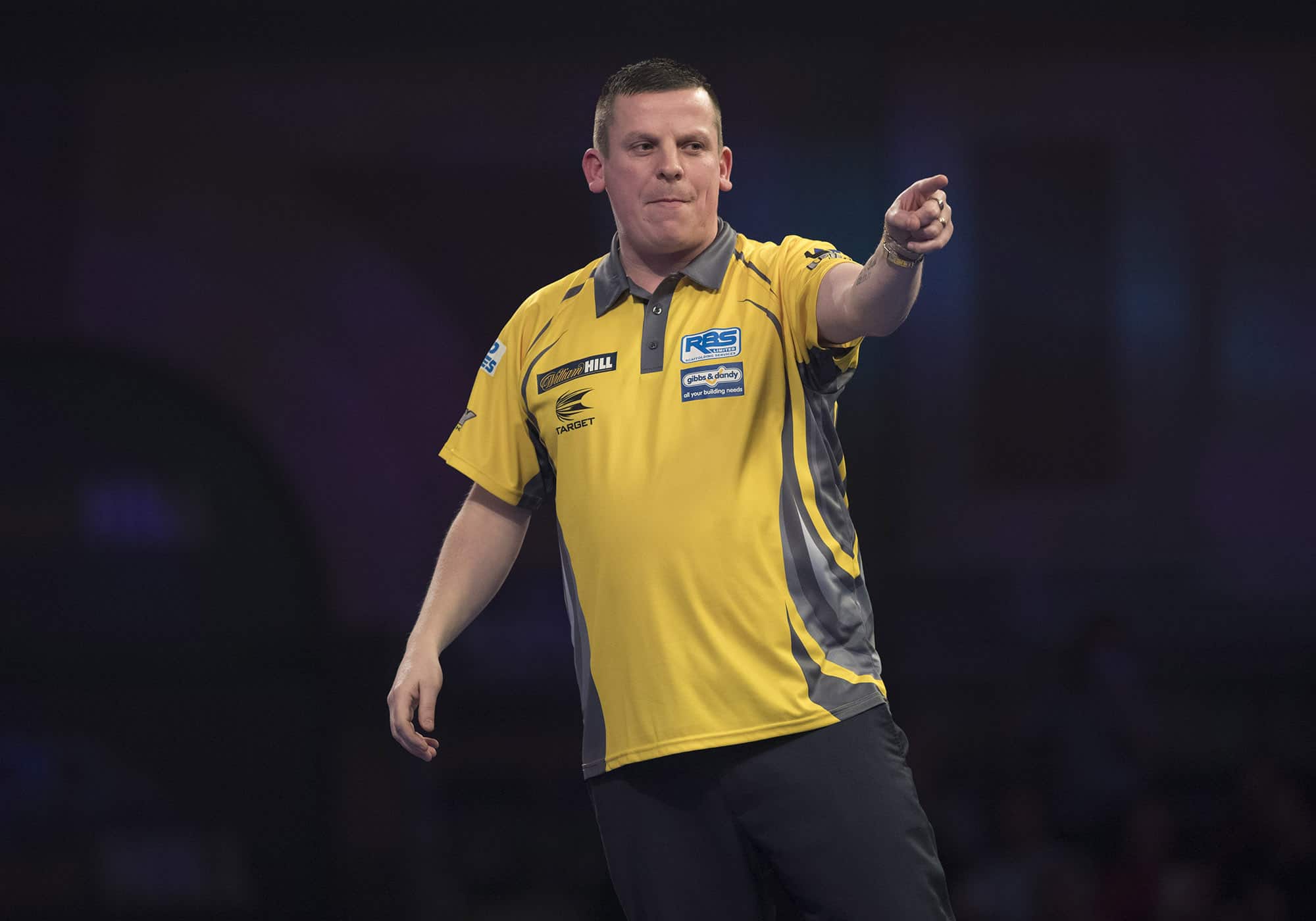 Chisnall doubles up at PC7 in Wigan

Dave Chisnall won his 14th PDC Title and his 2nd of 2019 on Saturday by winning Players Championship 7 at Wigan’s Robin Park Tennis Centre defeating Daryl Gurney 8-6 in the final.

Chisnall, who had already won PC2 in February and reached the Semi Finals of the Masters, started off the day with comfortable win over Davy Van Baelen before 3 straight ton plus average wins over Ritchie Edhouse, Stephen Bunting and 2018 World Champion Rob Cross to progress to the Quarter Finals. At that stage, he saw off Vincent Van der Voort, who saw off Gary Anderson earlier in the day, 6-3 to move through to the Semi Finals where he took Mark McGeeney, taking part in his first PDC Semi Final. Chisnall won that one comfortably 7-2 with a 109 average and without missing a dart at a double.

In the Final against Gurney, Chisnall started off quite slowly in losing the first 2 legs before winning the next 2 legs to make it 2 apiece. Throughout the match, Gurney was in the lead before in the 13th leg at 6 apiece, Gurney missed 8 darts to go within one before landed tops to make it 7-6 and broke throw and then held his throw with a 14-dart leg to claim another PDC Title.

Gurney, who hadn’t reached the Last 16 of any of the opening 6 Pro Tour Events so far this year before today, moved his way through to the final with wins over Niels Zonneveld, Nathan Aspinall, Yordi Meeuwisse, Keegan Brown, Jermaine Wattimena and then ending the run of Gerwyn Price, who had won 19 straight matches on the Pro Tour going into the Semi Finals. Unable to get over the line in the final but a massive confidence boost going into the rest of the year for Superchin.

There were Quarter Final runs for 3 Dutchman in Jermaine Wattimena, Vincent Van der Voort and Ron Meulenkamp also Ryan Searle reaching the Last 8 for the 3rd time this year. Gary Anderson’s return to the Pro Tour ended in the Last 64 stage and there were 1st round exits for Peter Wright, Michael Smith and Ian White.

The Pro Tour weekend concludes on Sunday with Players Championship 8 taking place in Wigan across 2 live streaming boards on PDC.TV and all results and live scores at tv.dartconnect.com.