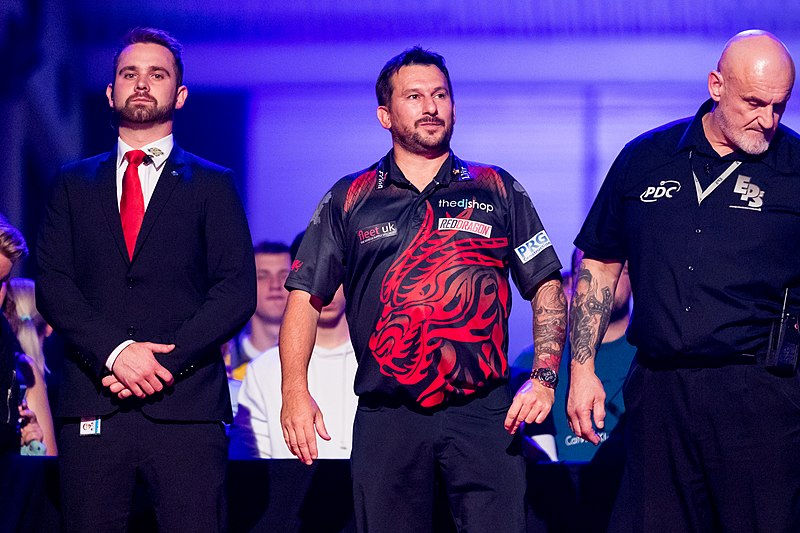 Jonny Clayton and Krzysztof Ratajski headlined an octet of players to progress as the second phase of PDC Home Tour II action got underway.

Phase Two of the second iteration of the remotely contested Home Tour sees five groups of seven players compete, with the top four in each group prevailing.

The best ranked fifth-placed come the end of the second phase will also progress to Phase Three, based on their leg difference during their group matches.

Recent German Darts Championship finalist Clayton transformed his Hildesheim form to the online format in a series of scintillating showings on his way to topping the group.

The Welshman recorded four ton-plus averages in his six matches, including blistering 106 and 110 efforts in thrashing Daniel Larsson and Wattimena respectively.

Alan Tabern finished short of the top four and will now wait to find out if he progresses as the best fifth-placed player, while both Stephen Bunting and Larsson departed after managing two points between them.

Poland’s Ratajski emulated the achievements of Clayton as he topped Group Two, ahead of the also successful Bradley Brooks, Kai Fan Leung and Gabriel Clemens.

Mickey Mansell and Ted Evetts both endured departures from the tournament with two victories to their names, while Martin Schindler also exited with a mere two points.

Despite ensuring a fifth-placed finish, Mansell immediately exited the competition due to Tabern’s leg difference being marginally superior to that of the Northern Irishman.

Phase Two of the Home Tour II will continue on Monday as the remaining three groups take place, before the third phase commences on Monday October 12.